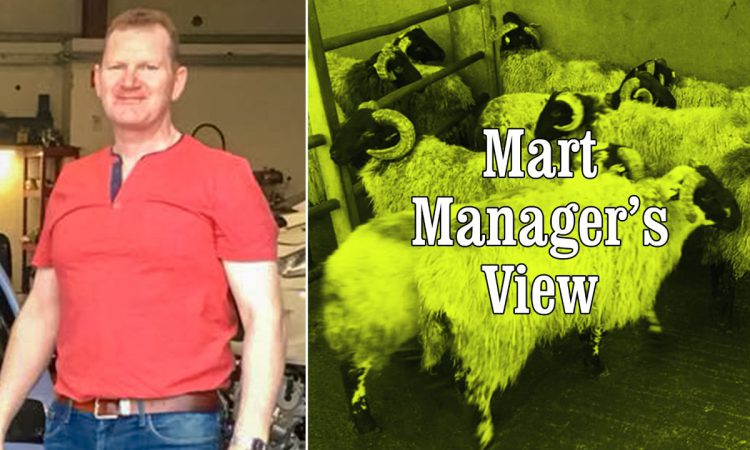 Some 1,200 sheep were on offer at Manorhamilton Mart’s online sale on Wednesday, May 27.

According to the mart manager, Eugene Donnelly, there was a “good trade” on the day, with 1,189 out of 1,200 sheep on offer being sold.

The mart moved to online selling, for both cattle and sheep, back in April of this year, which is “working really well”, according to Eugene.

Speaking about the sheep trade on the day, he said: “In general, prices were steady for lambs. Factory-fit spring lambs weighing between 40kg and 45kg sold for between €120/head and €130/head, which was back on the previous week.

Store lambs weighing 36kg were back as much as €89/head on the day.

“However, we saw a good trade for ewes with lambs at foot and we also had a number of breeding hoggets on offer as well.

“Breeding hoggets were a solid trade. Prices for these types ranged between €120/head and €165/head.

“Even though prices for lambs were back, 99% of them were sold on the day, which was great to see.

“The sheep sales online have been going very well since we started. The cattle sales have been a little bit “stickier”, but all in all, it has been a great success so far.” 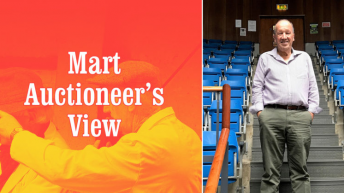