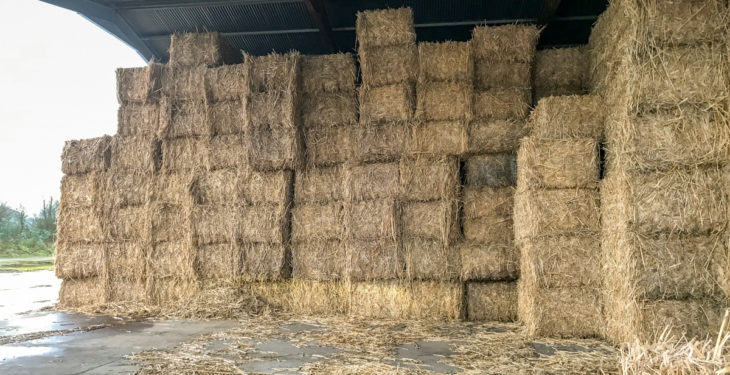 Demand for straw looks to be outstripping supply. 4X4 round bales of straw are costing as much as €40 in some parts of the country.

However, there is another option in the form of miscanthus – an energy crop that has more uses than we thought.

John Burke, a Co. Wicklow farmer, housed his animals six weeks ago. At this time, six 8X4X3 bales of miscanthus were used to bed the shed. Those six bales lasted for six weeks. 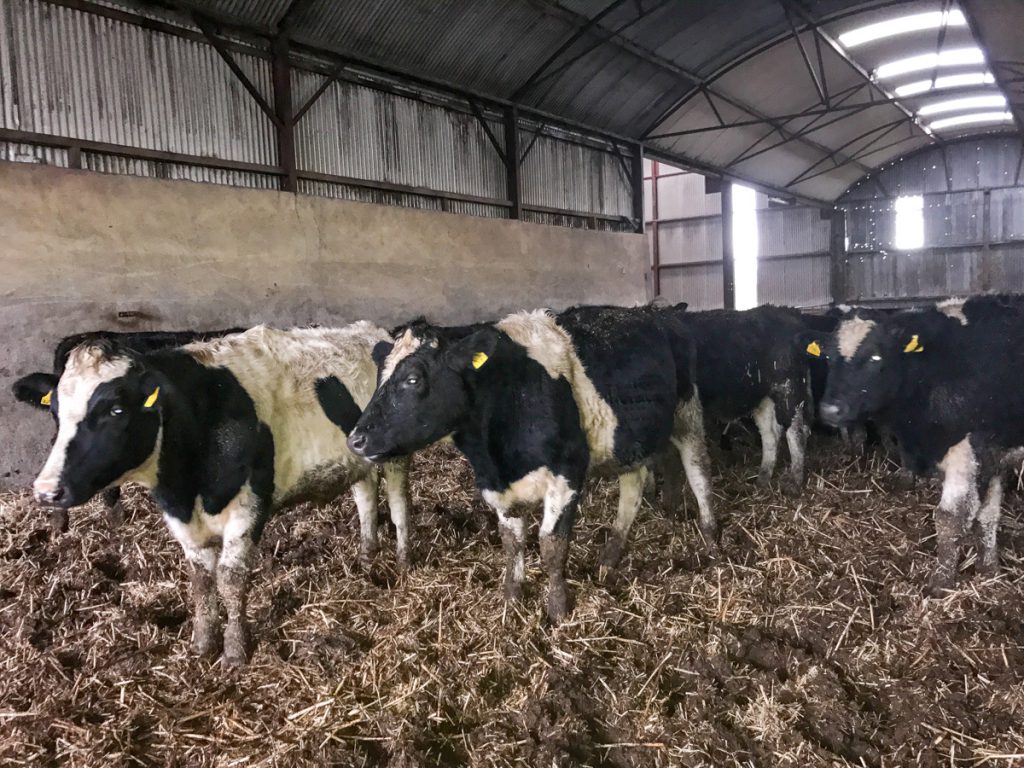 Burke topped up the shed with two more bales (8X4X3) the day before AgriLand’s visit.

“I spread it in with the McHale straw spreader and I’m certainly going to get until after Christmas out of it.

Burke usually uses one round 4X4 bale of barley straw per day in this shed. The use of miscanthus bales is saving him money and saving him time, as bedding is carried out once every few weeks instead of once a day.

I would definitely be blowing in a bale a day if I was using round 4X4 bales of straw. I’m doing it with the cattle in the other shed.

The bedding under foot is extremely dry. There are no sloppy patches where the cattle gather around the feeding barrier and the shed is a lot drier as a result.

“It’s very dry. There’s a really strong base in it. It’s very solid under foot. There’s a lot of very fine material in it and it blends well with the course material. In this soft weather you would think it should be taking in moisture. It’s unbelievable how solid it is.

“I’ve no doubt that they’re far cleaner. They are a bit dirty on their knees, but they are cleaner than the cattle on straw. It’s bone dry.

It’s working a treat, especially with the price of straw.

Larger canes were visible on top of the bedding, but the material which had been applied six weeks before appeared to be broken down. Burke has no worries about spreading the farmyard manure later on in the season.

Paddy O’Toole of Quinns of Baltinglass spoke to AgriLand about miscanthus bedding.

“We’ve only started using the bales with John. We waited to see how good or bad it was and, as the weeks went by, we’ve been more and more impressed.

We also have a farmer using it in a loose box with horses and they are very content with it. It lasts a long time – depending on the stocking rates of course.

“I think miscanthus bedding is here to stay because it has less cost, less labour and animals are thriving on it. It’s a lot drier and it’s more convenient.”

O’Toole explained that lighter bales of miscanthus are better.

“The lighter the bale is the better. It’s like a sponge. We’re looking at bales which are between 350-400kg and the 350kg bale would probably be slightly better than the 400kg.”

He added: “It has more soakage. It should never be priced on the basis of weight because the higher the weight the less value it has.

It shouldn’t be compared to straw because it’s not straw. It’s an entirely different type of product.

“If it was similar to straw it wouldn’t be producing the quality bedding that it is producing at the present time. It has its own inherent qualities for absorption which make it very special,” he concluded.