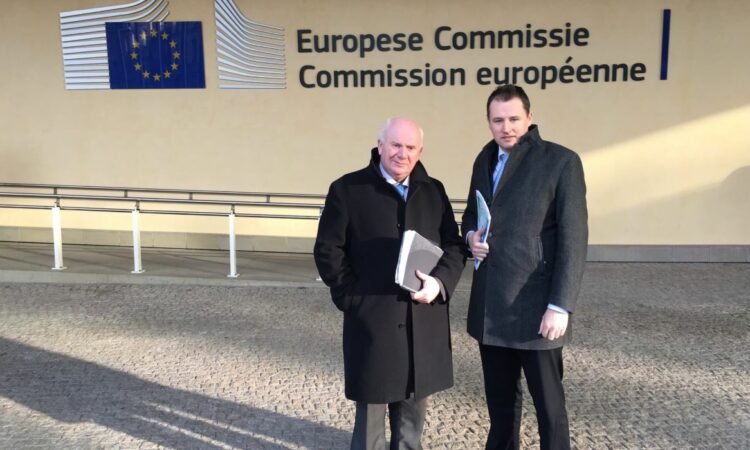 Minister for Agriculture, Food and the Marine Michael Creed must clarify when he first became aware that the European Commission’s €50 million beef fund was contingent on production reduction, according to Fianna Fáil.

Commenting on the matter, party spokesperson on agriculture, Charlie McConalogue, accused the minister of trying to “wash his hands of any responsibility”.

Deputy McConalogue said: “Farmers were clearly misled pre-election with the Government message that the compensation package secured would be related to income and price losses incurred from the early onset of Brexit.

However, the draft commission regulation states that the ‘measures taken by Ireland shall be aimed at reducing production or restructuring the beef and veal sector’.

The Donegal TD noted that the draft text also states that Ireland “does not qualify under Article 219” of the Common Agricultural Policy Common Market Organisation (CAP CMO) regulation which provides emergency funding for market disturbance caused by significant price rises or falls.

“I am calling on the minister to immediately state when did he first learn that reducing production numbers would be a condition of drawing down funding?

“Did his department make any case for market disturbance aid as provided under the CAP?”

Continuing, deputy McConalogue said: “The minister is trying to wash his hands of any responsibility by saying the draft regulation is ‘within the commission’s own legal competence and is not for negotiation with Ireland or indeed other member states’. This is a cop-out from the minister.

Government has totally misled farmers who were informed at every juncture from the Taoiseach and Minister Creed that the fund would cover income losses.

“The subterfuge was clearly a pre-election stunt and farmers who have taken a massive hit deserve better,” deputy McConalogue concluded.