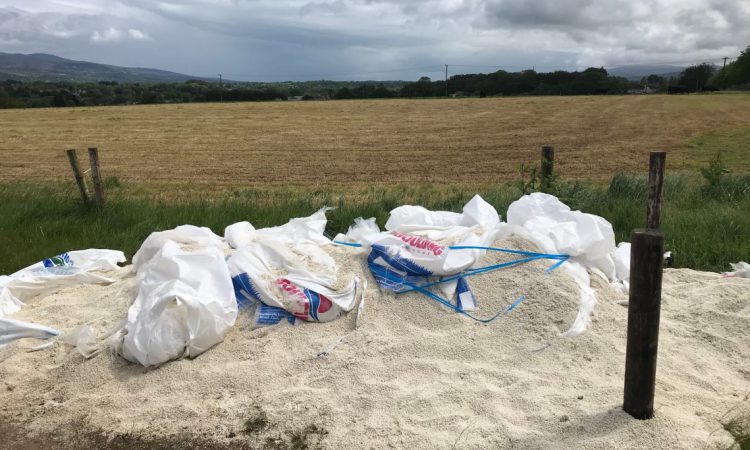 A substantial amount of fertiliser was vandalised in a criminal attack on a farm over the weekend, with Garda investigations ongoing.

Gardaí are investigating an alleged incident of criminal damage of farming supplies in the Mitchelstown area of Cork, a spokesperson for An Garda Síochána told AgriLand.

The incident may have occurred between Saturday, May 25, and yesterday, Monday, May 27. Investigations are ongoing, the representative added.

The attack saw bags of fertiliser to the tune of 5t torn asunder by vandals, spilling the contents onto the ground, deeming much of the product useless.

The attack occurred just before the fertiliser was to be spread for second-cut silage.

Meanwhile, in Northern Ireland, police have put forth an appeal for information in relation to a quad stolen with a number of other items earlier this month.

Issuing the appeal, members from Foyle branch of the Police Service of Northern Ireland (PSNI) also provided a photograph of the stolen vehicle, a dark-coloured Suzuki all-terrain vehicle (ATV), taken from a premises in Co. Derry.

The PSNI officers put out a statement on Saturday, May 25, saying: “Have you seen a quad like this? Is it for joy riding or being sold online?

“It was stolen along with tools and other items at a property outside Eglinton,” the statement said, in an appeal to the public for assistance in fighting rural crime.

“Constable Daniel Crowe from Strand Road requests that anyone with information contact police on 101 quoting reference 423 of 08/05/19,” the statement concluded. 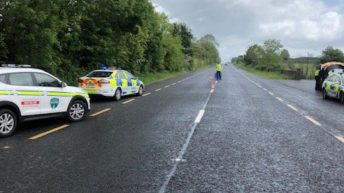 In the ‘red’ and ‘green’: Garda checkpoint catches crooked drivers