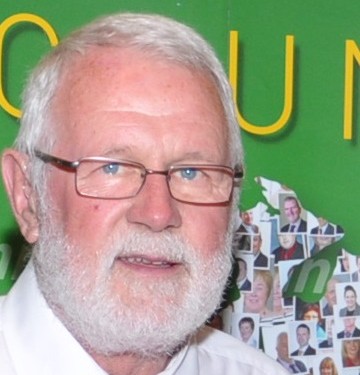 Deputy Ferris said: “Beef farmers and the livestock marts are under awful pressure due to a reduction in cattle prices and the implementation of unreasonable specifications by processors and retailers

“One of the penalties being applied to cattle coming from the South is costing  farmers up to £150 a head, just because it has crossed the border and is being designated ‘nomad’.

“Livestock has been traded all over this island for centuries but this healthy commerce is being damaged, to the point of disappearance by this labelling issue, which is having a knock on effect on competition in the marts.

“I welcome the commitment today from the agriculture ministers to address the problem on an all-Ireland basis, intending to write jointly to the main retailers to encourage them to relax their specifications

“Sinn Féin has engaged extensively with farmers and the mart representatives across the country and I will continue to work with our minister in the North, Michelle O’Neill to find an all-island solution to this all-island problem.”

Sources have also confirmed to Agriland that both Ministers will go to Brussels, if required, to sort out the labelling issue. The one drawback to this approach is that it could take up to 14 months to have the matter resolved. However, there is a growing belief within political circles in Belfast and Dublin that the nomad cattle issue can be more effectively dealt with courtesy of a proactive dialogue with the UK retailers.