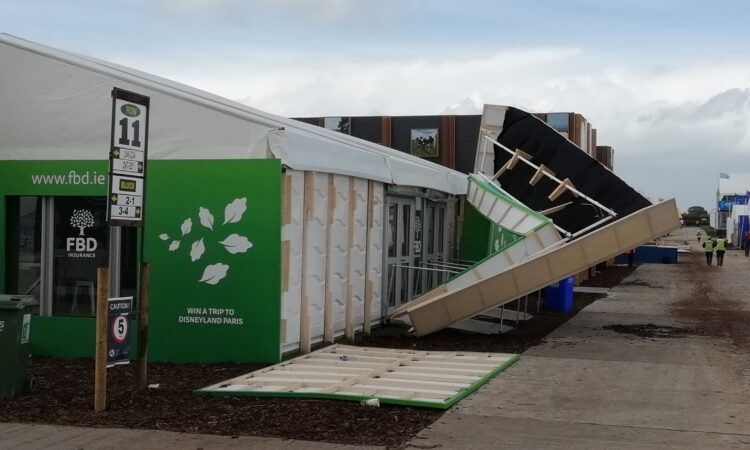 Exhibitors at the ‘Ploughing’ who were affected by the destructive winds of Storm Ali should contact their insurance providers as soon as possible, FBD has advised.

“There’s a couple of things; the first thing I’d say is that if they have suffered a loss, they should notify their insurance company straight away and register that loss.

We know now that the championship is going to open Friday as well, and they need to make sure that they have the adequate cover in place that covers off Friday.

“So they’re the two key messages I would ask everybody to reflect on. Some policies would have a specific term, and that term could be three days – Tuesday, Wednesday and Thursday.

“Now, because Wednesday’s off, it’s going to Friday, so just to make sure that they have cover for the Friday. For FBD policy-holders they are covered for Friday,” Calahan stressed.

The FBD stand at the National Ploughing Championships did not escape the wrath of the storm, with the marquee’s facade pulled down by the powerful winds. 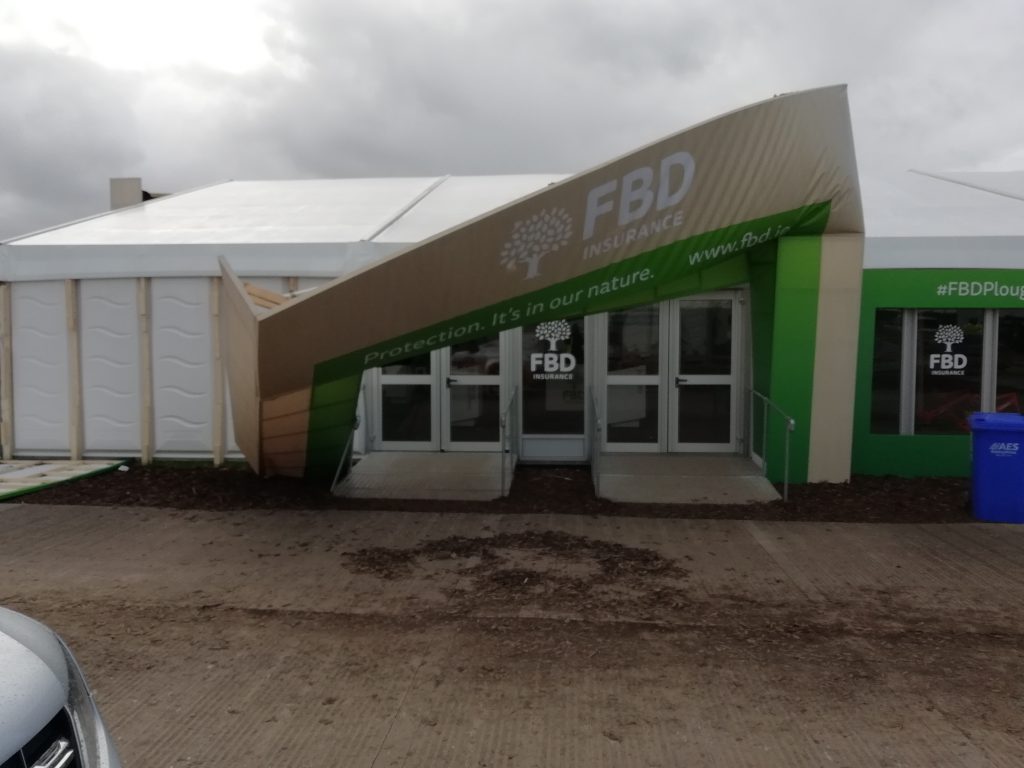 “Thankfully there’s no structural damage to the tent; the front hoarding was taken down, but we got guys on-site and they reacted very quickly and we’re back in business now for tomorrow,” Calahan assured yesterday. 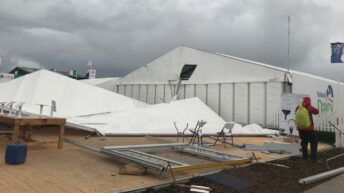 Picking up the pieces: ‘All day it was just a rumour mill’