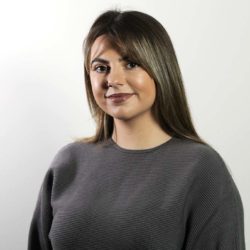 Farmers must weigh up the cost versus the productivity of marginal cows and consider the efficiency of the bottom 10%, according to the head of the dairy knowledge transfer department at Teagasc, Joe Patton.

On the latest episode of Farmland (video below), produced by Agriland Media Group, Patton said that farmers must calculate what the most efficient stocking rate is and balance the scale of their farm with its stock capacity.

Speaking to Agriland’s technical dairy specialist Brian McDonnell and editor Stella Meehan, he urged farmers to calculate the input costs per marginal animal and compare it to their milk production. He said:

“Sometimes, the marginal numbers on farms don’t contribute as much extra margin, in financial terms as you would think. So, people can make decisions to optimise stocking rates.”

Patton explained that marginal cows are those which farmers have to step outside their own land resources to feed. The need to calculate the costs of these cows versus their yields is extremely important this year said Patton, as feed prices continue to rise sharply.

“For marginal cows you have to look at your forage costs as well, then you add your veterinary and you could be up to €2,500 of a cost per marginal animal.

“Now, does the bottom 10% produce enough milk to offset that cost?”

Patton also outlined that if the farmer is breaking even on these calculations, they should consider that they would then be milking 10% of their herd for no extra profit at the cost of their labour.

“Individual farmers should do their sums and see is that [culling the marginal animals] what should be done,” he said.

“One final point is that that should be done sooner rather than later because the cost and feed savings will happen in this part of the year. There’s not much point in deciding in October that you’ve had marginal cows for the year.

“So, a bit of tweaking on certain farms will make a big difference,” he concluded.

Dairy advice: Taking time off and getting away from the farm

Megan studied at the Technological University of Dublin where she graduated with a bachelor’s degree in journalism. She previously won the Science Foundation Ireland prize for work around agtech and food tech at the Student Media Awards. Megan comes from a rural background in Kildare and has a keen interest in agri-business and agtech, as well as sustainable agriculture.

‘Urgent need for clarity’ for farmers on solar PV supports

Dairy advice: Taking time off and getting away from the farm