‘Farmers should have their eyes open when breeding ewe lambs’

Breeding ewe lambs offers farmers the opportunity to increase the number of saleable lambs but, according to Teagasc’s Tim Keady, farmers should have their eyes open when considering this venture.

According to Teagasc’s Senior Research Officer, there are a number of factors sheep farmers should be aware of before breeding ewe lambs.

The weight at mating is one of the most important factors, he added, as this will determine the success of the venture.

“The most important factor to consider when breeding ewe lambs is the weight at mating, ewe lambs should be 60% of their mature weight at joining with the ram.”

A tight lambing pattern is also desirable and this can be achieved through the use of the ram-effect.

The ram-effect can be used to tighten up the lambing pattern of ewe lambs. Putting a mature ram with ewe lambs for a period of 24 hours allows the ewe lambs to cycle.

“The ram should be returned to the ewe lambs 14 days later,” said Keady.

Keady added that research from Athenry indicates that the use of the ram-effect allows for 70% of the ewe lambs to give birth within a two-week and 90% to lamb within the space of three weeks.

As a result, farmers must ensure they have adequate facilities to lamb the ewe lambs during a compact lambing period.

Another important factor to consider when breeding ewe lambs is the role nutrition plays in the production of a viable lamb, according to Keady.

According to Keady, there are two objectives when feeding pregnant ewe lambs, these are allowing the ewe lamb to achieve her mature body weight while also giving birth to a viable lamb.

To ensure these objectives are met, pregnant ewe lambs must have a constant plane of nutrition between joining and lambing in the spring of 2016, he said.

Ewe lambs should be kept on good quality grass between mating and housing. The quality of grass silage will also have a big impact on the concentrate requirements of the ewe lambs when housed.

Keady added that ewe lambs on the Teagasc Research farm in Athenry, Co. Galway, receive 200g of concentrate a day at housing in January along with receiving ad-lib access to 75% DMD silage.

This concentrate input is built up to 300g/day until the final 6 weeks of pregnancy when the volume of concentrates offered is increased to meet the requirements for foetal growth and colostrum production.

This is essential to ensure that ewe lambs continue to grow during the latter stages of pregnancy while also producing a viable lamb and adequate supplies of colostrum, he said. 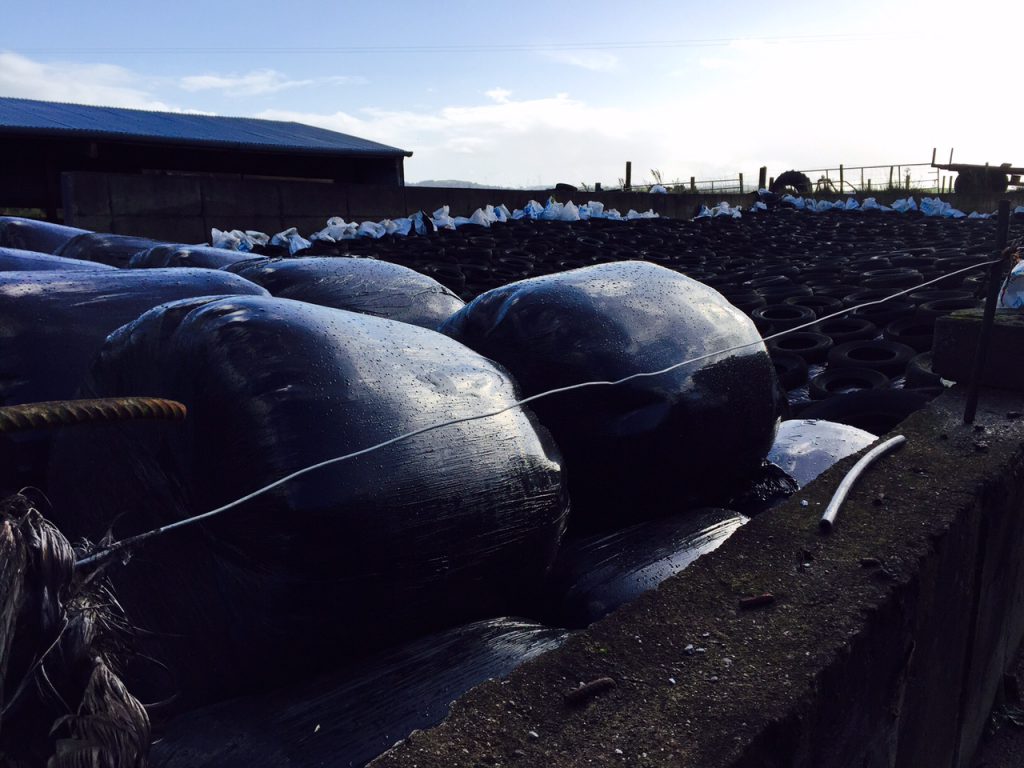