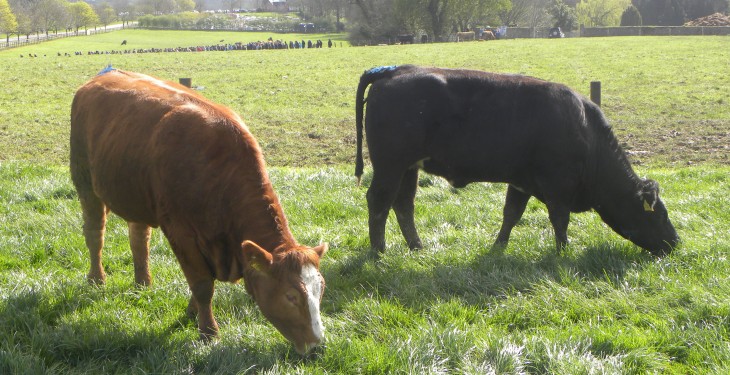 Addressing the Animal Health and Welfare Conference in Dublin Castle today (Fri), IFA President Eddie Downey said the health and welfare of our animals is a primary focus for farmers in this country, who provide excellent care for seven million cattle, five million sheep, one-and-a-half million pigs, and 75m poultry on a 24/7 basis – 365 days a year.

Eddie Downey said the Irish agriculture sector is primarily built around the small-scale, family-farm model, where the famer is the owner, manager and herdsman. “Combined with our grass-based production systems, this makes Ireland unique in terms of animal welfare and sustainability.”

He said farmers have invested heavily in the veterinary profession and get good professional help from them in caring for our animals. “With the expansion of our sector, it is very important we continue to have a comprehensive and cost effective veterinary service.”

IFA is an active member of the Farm Animal Welfare Advisory Council, where IFA has worked closely with the Department of Agriculture, the various welfare bodies, the vets and research agencies in all of the major initiatives. The IFA initiated and promoted the Early Warning System in FAWAC. Today the EWS approach is working successfully and IFA officers are actively involved in every county across the country on animal welfare issues. “This is a good example of how welfare concerns and issues can be successfully addressed by working together. In our view, this is a much more practical and more effective approach than imposing new legislation involving increased sanctions and penalties. Sanctions and penalties will not feed or look after animals.”

The IFA President said animal transport and the live export trade are critically important to our beef, sheep and pig meat sectors, whose combined value are worth over €3bn annually. He said “Live exports are essential for price competition and provide very important markets outlets. They operate to the highest welfare standards under strict Department of Agriculture veterinary supervision”.

Eddie Downey said animal welfare must be based on sound scientific principles and proper research. Highlighting the important role of our national research organisation Teagasc in this area, the IFA President said animal welfare requires a lot more than legislation or EU regulations and cannot be based around sentiment or ill-informed opinions.

Eddie Downey said last year farmers faced a major challenge as a result of the severe weather and fodder crisis. Major personal and financial sacrifices were made by farmers to care for their livestock, with many still working hard to pay off the bills. IFA and the industry, with help from the Government acted quickly to avert a very serious difficultly. IFA purchased over 10,000 tonnes of feed, arranged for it to be transported back to Ireland and distributed throughout the country through our co-ops, marts and merchants to farmers in need. “This was a real case of strong community action on a national basis.”