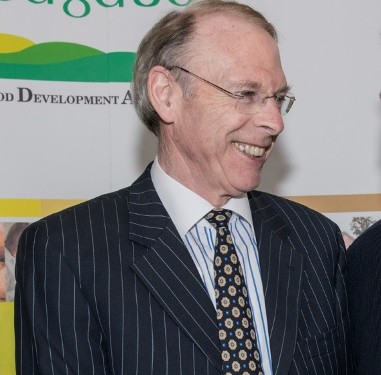 The long-serving collaborative farming expert Ben Roche has been commended for his tireless work over the years, by Minister for State at the Department of Agriculture Tom Hayes.

Roche who is retiring from his post in Teagasc next August was also commended by the Minister for his great service in relation to the register of Milk Production Partnerships which he has overseen for many decades.

“He has facilitated the entry of many farmers’ sons and daughters into dairying in Ireland and today there are close on 700 MPP on the register. Ben has made an invaluable contribution to the work in this area and sincerely thank him.”

Minister Hayes commented that collaboration in farming is not new. Farmers have a long tradition here in Ireland going back to the formation of the co-operative movement.

However he noted that there are structural weakness in Irish agriculture highlighting conacre system as a key issue.

On the issue he commented: “Structural weakness has facilitated a proliferation of what might be regarded as the least efficient arrangement for farmer development sin Ireland. Namely the conacre system.”

He added: “The challenge facing us and those who are interested in addressing these problems. A whole mind-set needs to be changed in relation to conacre. Both those that are renting it and those selling. There is a long way to go because of the tradition and ease of which we can use land in the conacre system.”