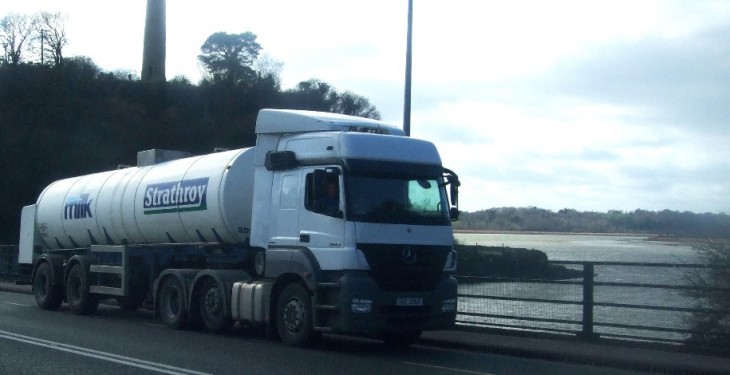 Strathroy Dairies plans on expanding its milk pool in the south east of Ireland, its Managing Director Ruairi Cunningham has told Agriland.

He said the Co. Tyrone-based company is primed to secure additional growth in the southern Irish market. “Our milk supply pool will continue to expand in the Wexford area,” he said.

“The next tranche of producers will come on board in July and we intend to build on this as the year progresses.” Strathroy processes 130 million litres of milk annually, approximately 60% of which is sold on the liquid market in the Republic – Dublin for the most part.

“It makes absolute sense for us to develop a strong farm supply base. We have a steady demand for milk throughout the year. So, it makes sense to procure as much of this from our own producers. We have always processed the milk coming from our own farm. And in the past we bought milk at the United Dairy Farmers’ auction.

“Our plant in Omagh is currently operating on a one-shift basis, six days a week. So yes, we have the capacity to expand our sales volumes. And that’s exactly what we intend doing.”

Earlier this year Ruairi Cunningham went public with details of the company’s supply agreements, reached with farmers in the Wexford area. This included a commitment to deduct statutory levies only from farmers’ milk cheques.

Voluntary levies, such as those paid to the IFA and the other farm organisations would be paid, only in cases where individual producers requested that this should be done.

“We made it clear from the outset that we wanted to maximise the effective milk price paid to our farmers,” Ruairi explained.

“And, to date, not one of our suppliers has asked for the voluntary levies to be paid on their behalf. We remain committed to the policy of only deducting statutory levies from our producer milk prices.”

The Strathroy MD also confirmed that none of the farming organisations had been in touch with him regarding the levy payment issue.