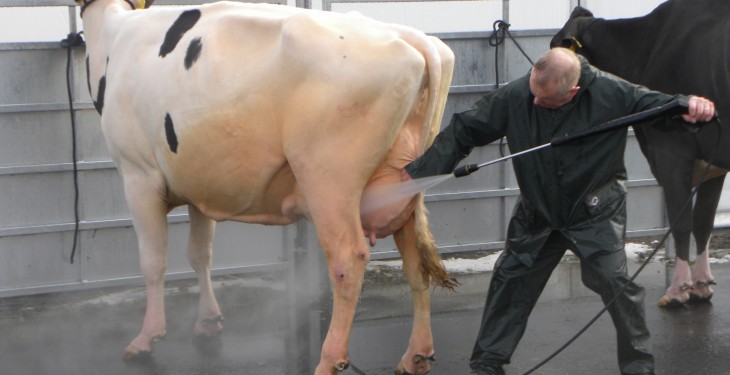 As day two of the Balmoral Show gets underway, those in cattle classes have been busy all morning as our pictures show. The cattle classes are some of the most popular events of the Show.

Thousands of visitors have already visited the Show, which takes place on a 65-acre site until tomorrow. The relocation of the Show to Balmoral Park has allowed livestock entries to be increased.  This year sees the introduction of five new classes; four equine – Maxi Cob, Young Event Horse, Clydesdale Young Handler and Ridden Irish Draught – and Lleyn sheep classes.

The daily displays of pedigree and commercial cattle, sheep, poultry, pigs, goats, horses and ponies are supplemented with an array of static and mobile attractions. Firm favourites such as International Show Jumping, Pony Club Games, Riding for the Disabled, and the popular Children’s Farm are mixed with some interesting new features. Bull-erinas – is one such act, which is sure to amuse, or maybe bemuse patrons.

In another first the Show will also welcome competitors for the six nation’s sheep shearing competition. Taking place on Friday 16 May, the Northern Irish team will compete against England, Scotland, Republic of Ireland, Wales and France to win the coveted title of six nations champion.