‘Farmers are in a perfect storm economically’ – IFAC

Levels of optimism among business owners in the food and agri-business sector have fallen when compared to how businesses were feeling this time last year and economic factors continue to challenge farmers.

This is according to Philip O’Connor, head of farm support at IFAC which launched its Food and AgriBusiness 2019 report in Dublin’s city centre earlier this week.

O’Connor, meanwhile, pointed to the findings of the organisation’s Farm Report 2019 which took an in-depth look at the life of a farmer in Ireland today.

He says that while farmers – as a whole – are a resilient group and remain relatively optimistic about the sector, their confidence has been knocked in two key areas – “financial pressures and succession planning”.

Farmers are finding themselves in a perfect storm economically due to reduced prices, cuts to subsidies, increased costs and Brexit-related concerns about market access.

He continued: “Beef and sheep farming are the most vulnerable; dairy farming continues to make profits – however, these come at a cost with debt levels increasing as dairy farms expand.”

The IFAC expert then pointed to tillage and highlighted how the sector marked a return to profitability in 2018.

“Price more than offset the yield drop and there was a bonus with a bumper price for straw.”

O’Connor continued: “Sheep farmers, much like beef farmers, are struggling for profitability before subsidies and this was reflected by average profits before EU subsidies. 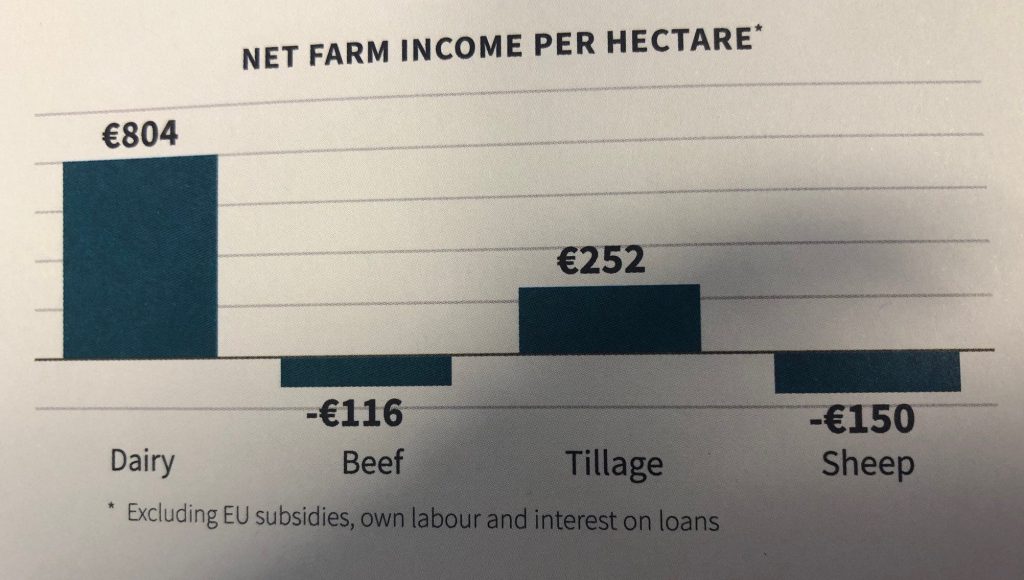 “If Ireland wants a vibrant, rural economy we need to keep family beef farm units viable and part of the reason for people to stay and work in rural Ireland.

“Our farm report showed that there are challenging times ahead – if IFAC has learned anything in our 40-year history of providing advice and guidance to farmers and their families it is that they are a resilient and determined group who work hard to adapt and overcome every challenge they face.”

Meanwhile, in 2017, Irish exports were €13.6 billion from the agri-food sector and provided 7.9% of national employment.

71% of raw materials for the agri-food sector were sourced from Irish suppliers.