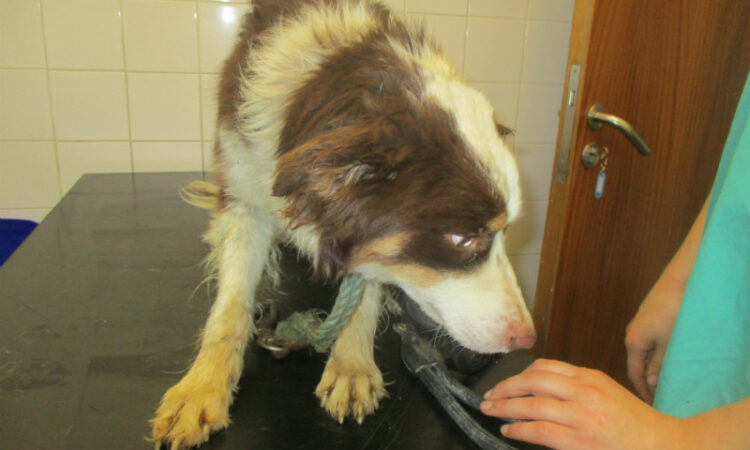 A Limerick farmer was convicted and fined in Kilmallock District Court for animal welfare charges following the discovery of 40 chained and neglected dogs on his property.

The man appeared before court on Tuesday, September 18, for a number of offences which include: causing unnecessary suffering to dogs; and having chained, unburied carcasses of two adult dogs and one puppy on his property.

The man pleaded guilty to the charges, and received a fine of €1,150, according to the Irish Society for the Prevention of Cruelty to Animals (ISPCA).

Judge Marion O’Leary also ordered him to pay an additional €1,000 to the ISPCA toward the costs of the investigation.

Judge O’Leary restricted the man from keeping dogs for a period of 18 months under section 58 of the Animal Health and Welfare Act 2013.

ISPCA animal welfare inspectors seized 37 dogs from the man’s farm on May 16, 2017, after they were alerted to the condition of the dogs on his property by May Humphries, a veterinary inspector for the Department of Agriculture, Food and the Marine.

The dogs, mostly collies, were found in substandard conditions without access to clean drinking water.

Many were flea-ridden, tightly chained in outhouses and sheds, and were weak and lethargic due to the lack of basic care, according to the ISPCA.

Two adult dogs and one puppy were also discovered deceased on the initial visit, having succumbed to neglect.

The man’s solicitor told the court that the dogs had been delivered to his property by another man, who chained them in different areas and advised that they be kept that way.

He claimed the dogs were only there for two weeks, which was confirmed by Humphries, who had visited the property during that time frame and did not see any dogs present.

ISPCA senior inspector Lisa O’Donovan said: “Failure to uphold the basic level of care of these animals is just not acceptable. The sheer number of them and the way they were grossly neglected was deplorable.

These dogs suffered greatly and it was shocking to see three of these animals had already died.

“We are grateful to the Department of Agriculture for alerting us to this case and for bringing this the prosecution,” O’Donovan said.