FARM SMART: Why this beef farmer invested in new winter housing and technology 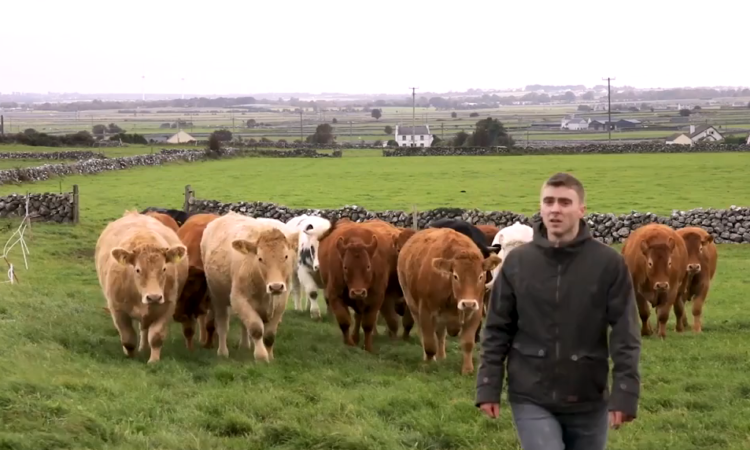 In the first of the ‘Farm Smart’ series, we head west to the farm of Eoin Burns. Farming in Corofin, Co. Galway, Eoin runs a beef finishing enterprise.

The 28-year-old farmer operates a store-to-beef system, bringing all cattle to beef at approximately 24 months of age.

Recently, with an eye on health and safety, Eoin has constructed a new 4-bay slatted unit, to make the day-to-day running of his enterprise easier. Eoin also uses the Herdwatch Farm and Herd App to keep his paperwork up-to-date.

The farm stretches across a total of 75ac; the home farm consists of 44ac, while an additional 21ac are rented adjacent to the home block.

Weanlings – that are purchased aged six or seven months – are fed a grass-based diet before being introduced to a finishing programme.

Eoin took over the reins of the family farm from his father, Gerard, in 2015. However, he noted that his father is still active around the farm.

“Like every farmer’s son or daughter, there’s always going to be that contentious issue of who is makes the final decision.

“In the end, nine times out of 10, my father made that decision. When he transferred the farm over to me, I’d like to say it has changed, but it hasn’t.

“He’ll always have his say and I’m lucky enough that I have uncles that like to have their say too,” the Galway native explained.

However, as time progressed, Eoin became increasingly concerned from a health and safety point of view.

In light of this, a decision was made to construct a 4-bay slatted unit, which totally eliminates any risks when it comes to handling and feeding the cattle.

Technology is changing the face of Irish agriculture and Eoin has adapted to this change. After learning about the Herdwatch app from his girlfriend, Karen, he was very impressed with how easy many tasks could become.

Eoin – who openly admits that he is not a “very tech guy” – outlined how the app is easy – for both young and older generation farmers – to use.

“I don’t think I’m as tech savvy as the average 28 year old, but the way the Herdwatch app is designed is very user friendly.

“There’s a great tech support; if there’s a problem, you ring them and they are very friendly. However, I haven’t come across any major issues with it; it’s very user friendly.

“We were selling cattle recently and we have them all grouped together; they are the same age, but would have come in at different times.

“So for TB testing, I can just look at my phone and straight away I can see which cattle are out of date, so I know I have to get a private TB test for those before I can sell them.

“Normally, I would have to go look through cards and paperwork, but I have the phone with me, so that’s the most effective way of doing it.”

Eoin uses the app when he purchases feed, medicine and when he is administrating this medicine; this is extremely helpful when it comes to recording data under Bord Bia’s Sustainable Beef and Lamb Assurance Scheme (SBLAS).

“When I started using it, I got a 30 day free trial; that was six or seven months ago and it’s been vital ever since,” he said. 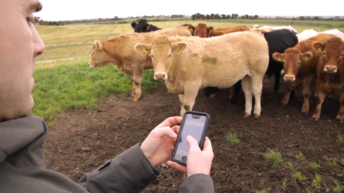 FARM SMART: How farmers can make their lives easier through technology