A new body is needed in Ireland to drive farm safety reforms, according to Fianna Fail’s Seanad spokesperson on agriculture, food and the marine, senator Paul Daly.

Senator Daly launched the Farm Safety Agency Bill 2018 in Seanad Eireann earlier today (Wednesday, October 24), the aim of the bill is the creation of a stand-alone body focused on improving safety for Irish farmers and their families.

Commenting on the bill, he said: “With more than half of all workplace fatalities in Ireland last year taking place in the farming sector, a new body to drive safety reforms is needed.

Too many farmers have lost their lives or sustained serious injuries on Irish farms over the years and the situation seems to be getting worse.

“There are about 140,000 family farms in Ireland, each of which is a place of work. However, the average farm is very different to other workplaces in that in very many cases they are also homes where children, working adults and the elderly all live together.

“Furthermore, there are a huge number of risks present on farms that can cause significant damage. “They include, for instance, operating heavy machinery and vehicles, exposure to dangerous chemicals and gases and handling unpredictable livestock.

“Managing a farm is very demanding work and unfortunately health and safety concerns often take a back seat when farmers face competing priorities,” the senator added.

Senator Daly stated that, at the moment, various bodies share responsibility for farm safety issues – yet there has been little or no improvement in the area, he claimed.

Without real accountability, it seems that the issue slips between the cracks.

“A standalone farm safety agency would build trust with the farming community and work closely with all stakeholders in the farming sector to devise and implement long-term policies and programmes to bring about positive change.

“Across Ireland, accidents on farms have caused traumatic and life changing injuries – and in the worst cases deaths – affecting farmers, their families and their communities.

“Sustained and coordinated effort is necessary to bring about real improvement and the creation of a farm safety agency to manage that process is a vital step toward safer farming in Ireland,” he concluded. 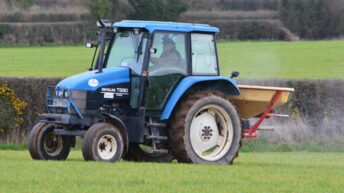 National Conference on Farm Safety and Health this Friday