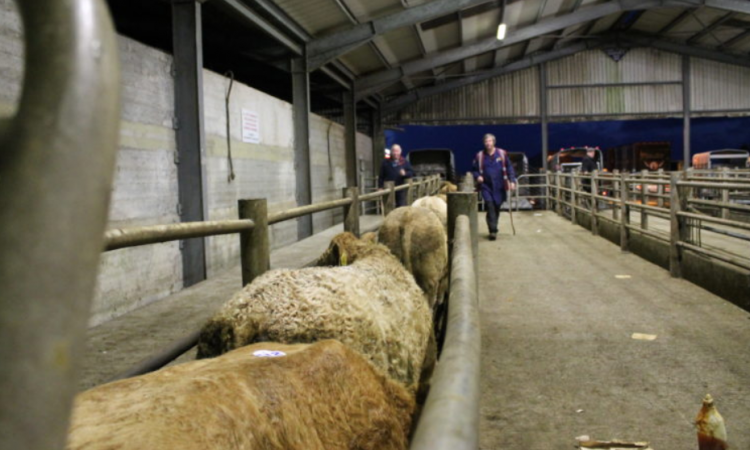 Farm organisation leaders have weighed in with their views on the decision of Taoiseach Leo Varadkar to suspend the country’s mart trade.

The unexpected development – effective from midnight last night, Tuesday, March 23 – was announced as one of a plethora of sweeping new restrictions to help curtail the spread of the highly-infectious Covid-19.

Tim Cullinan, the president of the Irish Farmers’ Association (IFA), described the move as “disappointing” and challenging for the trade.

However, he also emphasised that alternative safe arrangements can be put in place allowing for the continued movement of cattle.

We are strongly of the view that our existing livestock mart network can provide the mechanism to facilitate the continuation of trade between farmers, while also adhering to the increased restrictions.

Cullinan also highlighted how marts have weighing facilities and a system that provides security of payment.

“They have a long track record of security of payment which underpins the bond of trust between buyers and sellers.

However, he cautioned that farmers should be very careful about entering into any arrangements where payment may not be secured.

Meanwhile, Ger O’Brien, suckler committee chairman at the Irish Cattle Sheep Farmers’ Association (ICSA)  hopes that the shutdown will be for a short period only.

“Livestock marts play a vital role in Irish farming and are a critical resource in determining a fair price for farmers.

“ICSA is concerned that prolonged mart closure would lead to a lot of difficulties for farmers who depend on the service they provide,” he said.

O’Brien also pointed out that many farmers who do not finish cattle on a commercial scale are “very reliant” on marts for selling stock; whilst also offering the advantage of allowing farmers to see what stock is worth.

“While farm-to-farm sales can still take place, it will be vital that marts are available to weigh stock, to facilitate payment and to update the AIM database.

“This could be a time for innovation in the selling of livestock and farmers who are new to selling cattle need to look at how to offer stock for sale using social media and internet sites.

Good photos and accurate information around weights, and ICBF figures in the case of breeding stock are helpful,” he said.

Apart from the important commercial considerations, it was also highlighted that marts provide a crucial social facility for farming people – some of whom have no other social outlet.

“It is to be hoped that this is a very temporary measure and that the national campaign to slow Covid-19 succeeds sooner rather than later,” O’Brien concluded.