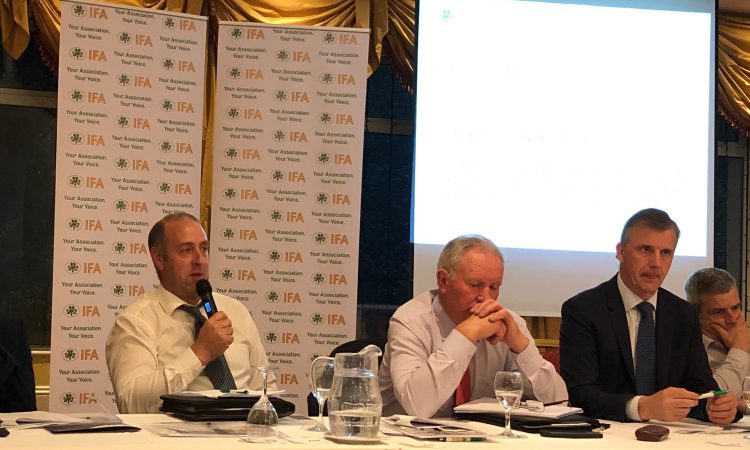 In his closing remarks at the final Irish Farmers’ Association (IFA) presidential debate in Carlow last night, Thursday, November 22, IFA deputy presidential candidate Thomas Cooney told members “experience matters when tackling the many challenges that will affect farmers in the years ahead”.

The beef and dairy farmer from Co. Cavan explained: “As the current Environmental Committee chairman, I have represented farmers in both Brussels and in Government departments in Ireland.

“I believe that I have the required experience to defend farmers on the big issues of Brexit, CAP reform, commodity prices, trade, and the environment.

Commenting on the challenges facing agriculture, Cooney said: “Over the next 12 months, CAP beyond 2020 will be decided, the EU will push to finalise a Mercosur deal, Brexit will be brought to a head and the new EU environmental plan will be developed.

Farmers must ensure they have the strongest representation possible when dealing with all these issues.

Cooney emphasised: “Having negotiated with the EU Commissioner for Agriculture and Rural Affairs Phil Hogan, met Brexit negotiator Michel Barnier and lobbied Government at the highest level, including the Taoiseach of Ireland, I believe that I am the right person for farmers to have on their side as the next deputy president of the IFA.

Concluding, Cooney stressed: “I am asking farmers to place their confidence in me and elect me as their next IFA deputy president.” 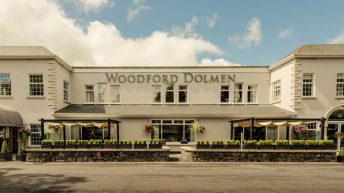