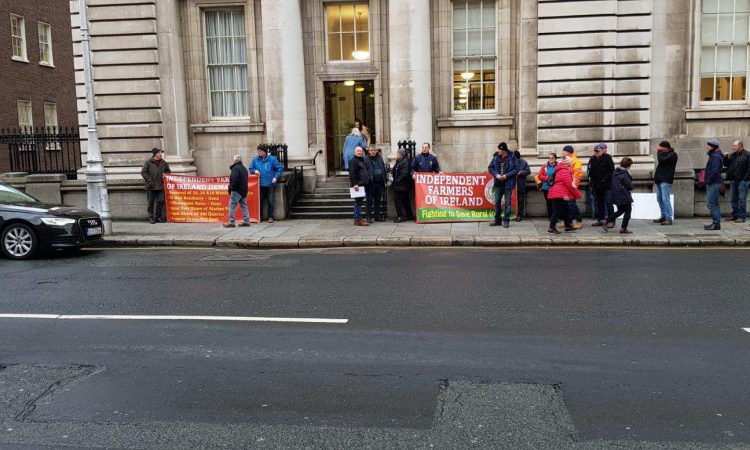 Members of the Independent Farmers of Ireland (IFOI) held a protest outside a number of Government offices around Dublin earlier today, Friday, November 22.

At each of the departments, the protesters handed in a letter seeking a change in the manner in which VAT rate is applied at various stages of the beef food chain.

The letter, sent from the group, highlights a recent parliamentary question response from Minister for Finance Paschal Donohoe as to whether he has been lobbied in relation to flat-rate VAT on feedlot status herds, in which he said that flat-rate farmers “would normally receive a flat-rate addition payment that exceeded his or her VAT input cost”.

He added that this payment “might not exceed the total VAT input costs associated with rearing the animal incurred by all the farmers involved in the process”.

In its letter, the IFOI took this to mean that suckler farmers involved earlier in the chain, supplying the cattle may be “subsidising” flat-rate feedlots and is demanding that corrective action be taken.

“Feedlots should be made to operate VAT in the normal way,” the group concludes in the letter. 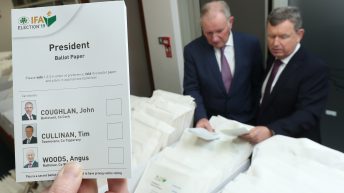