Low pressure will dominate conditions over the weekend, meaning further spells of rain in the coming days, with this expected to be heaviest in the south and east, according to Met Éireann.

This morning, Friday, November 22, will start off mostly cloudy, with showers or longer spells of rain in places; however, some brighter intervals will develop in the south this morning.

It will brighten up elsewhere this afternoon, but further showers or spells of rain will continue to occur, especially over the eastern half of the country, with some heavy falls, the national meteorological office warns.

Highs of 7° to 9° are expected today in light or moderate easterly breezes, with these fresh at times on east and north coasts.

This evening and early tonight will see persistent and occasionally heavy rain near the east coast but elsewhere it will be largely dry at first with variable cloud and clear spells and just the odd shower.

The rain in the east will spread westwards over the country overnight, producing spot flooding, mainly in eastern areas.

Lows of 1° to 5° are predicted, with a risk of frost where clear spells prevail in the west and south-west.

Patches of mist and fog will form in the light to moderate mainly northerly winds, but winds will be easterly in direction near Irish Sea coasts.

Advertisement
Regarding field conditions, most fields are saturated or waterlogged at the moment.

These conditions will prevail over the coming week as there will be spells of rain or showers much of the time, Met Éireann says.

Tomorrow, Saturday, November 23, will be a rather dull and wet day in midland, eastern and northern areas with outbreaks of rain, which will be heavy at times, according Met Éireann.

Drier and brighter conditions are expected with just a few showers, prevailing in the west and south-west; however, mist and fog patches may be slow to clear in these parts during the morning.

Top temperatures will reach 7° to 10° in light or moderate northerly breezes.

Saturday night will see outbreaks of rain over the midlands, north and east, which will gradually clear northeastwards, with the dry clear intervals in the west and south extending countrywide by dawn.

Lows will drop to 0° to 5° with a risk of frost, coldest under the long clear spells in the south. Mist and fog patches will form in parts.

It will be mainly dry and bright in the north and east to begin on Sunday, with any early mist, fog and residual drizzle patches clearing, but thickening cloud in the west and south will see the arrival of outbreaks of rain in Munster during the morning.

The cloud and rain will gradually spread northeastwards over the country during the afternoon, with the heaviest of the rain likely to affect southern and later eastern coastal counties.

Top temperatures of 7° to 11° are given in light to moderate south to southeast winds, freshening on southern and southwestern coasts.

Further spells of rain are predicted for Sunday night, with temperature lows of 4° to 8°. 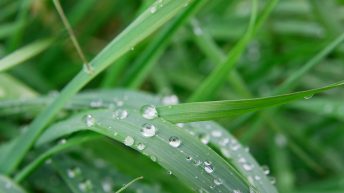