A series of 14 CalfCare events will take place in December 2019 and January 2020 in a collaborative initiative.

The number of calves born on Irish dairy farms has increased by almost 400,000 over the past decade to an estimated 1.4 million in 2019.

Each of the events will focus on four topics:

Speaking at the launch of the events, David Graham, CEO of Animal Health Ireland, said the events will serve to “support and educate farmers by providing them with current information and advice, ensuring the best possible outcomes for the next calf rearing season”.

“This is the ninth year of organising these events, highlighting our commitment to continued work on calf health and welfare. I would sincerely like to thank all the host farmers for agreeing to host the events on their farms,” Graham added.

All 14 of the events will begin at 11:00am and will take place at the following locations: 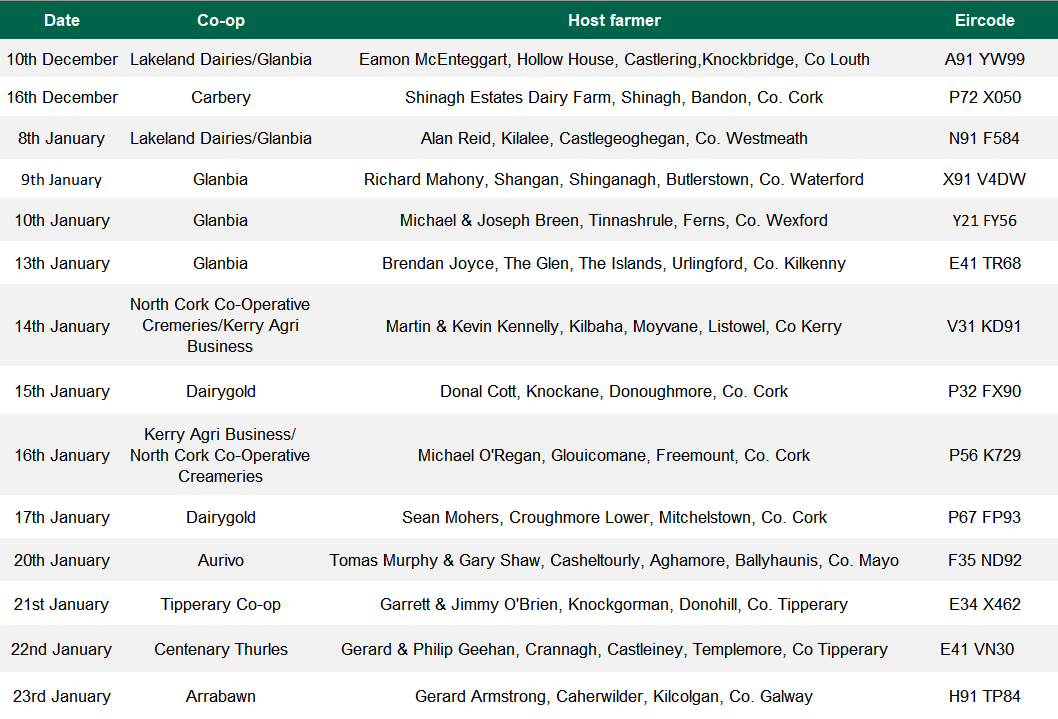 George Ramsbottom, Teagasc dairy specialist, added: “Our research shows that well-reared calves are more productive and profitable during their lifetime.

Management of calves is improving as evidenced by declining mortality and an increasing proportion of replacement heifers calving at a younger age.

“However, there is no room for complacency as only 64% of the dairy replacements born in 2014 calved at two years of age and one in five never calved. So, further improvement in the standard of calf rearing is essential,” Ramsbottom concluded.