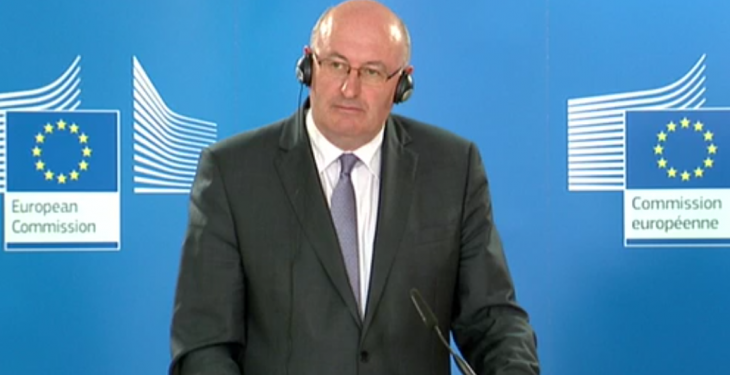 While the Minister for Agriculture, Simon Coveney said the package reflects the majority of the demands presented by Ireland to the Commission in our 10-point plan.

He said that, in particular, the doubling of the intervention ceiling for skimmed milk powder and butter is a very significant announcement.

He also said he was concerned about the references to supply control, but said that as the measures proposed are voluntary, agreed at the level of the first purchaser of the milk and are strictly temporary in nature, they do not constitute a return to quotas.

The President of ICMSA, John Comer, said that while it was too soon to pronounce definitely on the range of measures that the Farm Council was going to produce, he did not envisage the measures as outlined providing the necessary impetus to any kind of meaningful milk price recovery.

He said that dairy farmers all over the EU would welcome the signal that, finally, the enormity of the crisis and extent of the income ‘wipe-out’ had percolated through.

He also said that ICMSA had no objection in principle to a subsidy being paid to individuals not to produce milk on a State-by-State basis, but he stressed that it was paramount that any such scheme was voluntary and that those farmers who had scaled up and planned on the basis of the ending of quotas were not in any way being compelled to cut back production.

ICMSA, he said, would have preferred a combination of raised intervention price to the 28c/L.

IFA National Chairman Jer Bergin welcomed the doubling of the EU intervention ceilings for SMP and butter, which will allow continued buying in at full intervention price, the flexibility under the cheese Private Storage scheme, a new model of export credit insurance which is to be introduced, and the commitment of greater promotional support for exports to third countries.

He also urged Minister Coveney to use the temporary increase in allowable state aid to €15,000 per year per farmer to advance IFA’s taxation proposals to deal with income volatility.

Minister Coveney, he said, is rightly resisting any EU mandatory supply control measures or EU funding of any voluntary supply reductions which would be ineffective in influencing milk prices and totally contrary to the legal abolition of milk quotas.

Sinn Féin MEP Matt Carthy said the measures announced were wholly inadequate and said it was nothing more than a sticking plaster on a gaping wound.

He said there is a need to look at the entire system of intervention and while the Irish Government’s position called for an increase in the quantitative ceiling this will never have the desired outcome for farmers so long as the product is going in at the lower intervention price.

ICSA president Patrick Kent welcomed the fact that the measures had not raided the Crisis Reserve Fund to benefit dairy farmers at the expense of beef or sheep farmers, but said the outcome was a weak response to the crisis faced by all sectors.

Kent also said that greater recognition is needed on the impact that the Russian ban on pigmeat is having – not just on the pig sector but in terms of knock on impact on beef price in EU markets due to excess pigmeat supplies here.