EPA: Tipperary Co-op most complained about facility so far this year

The licensed facility most complained about to the Environmental Protection Agency (EPA) so far this year is Tipperary Co-operative Creamery, according to the agency’s newest data.

As AgriLand recently reported, Tipperary Co-op and Arrow Group are two of six sites identified as National Priority Sites by the EPA, following complaints made about industrial/waste odours this year.

According to the EPA, noise complaints are also a “consistent source of complaint” from the public, with an average of 26 complaints per month received by the EPA. 44% of all the complaints relate to one site, that being the Arrow Group site in Naas, Co. Kildare.

Advertisement
Some of the most complained about facilities this year with the number of complaints:

Six sites were identified as National Priority Sites for the period from April to September 2020, from three sectors – waste, food and drink and the chemical sector.

Four of these sites, including Tipperary Co-op, Arrow Group, Merck Millipore Ltd and Limerick Gasworks, accounted for 51% of all industrial/waste odour complaints in 2020.

Three sites have been removed since the EPA last published the list in July 2020 – Merck Millipore Ltd, Raffeen Landfill Site and Greyhound Recycling and Recovery.

The continued poor compliance status and presence of Arrow Group as a National Priority Site remains a “serious concern to the EPA” and the facility is the subject of ongoing enforcement action. 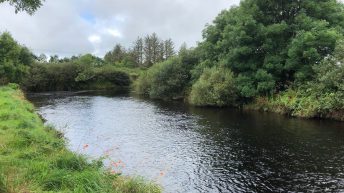