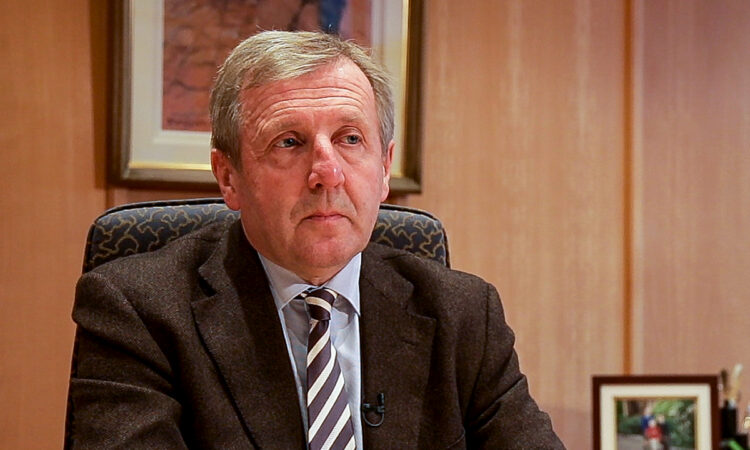 Michael Creed, the Minister for Agriculture, Food and the Marine, has defended farmers against climate change criticism, saying that greenhouse gases are a necessary byproduct of food production.

Speaking at a sitting of the Seanad last Thursday (February 18) the minister said that Irish agriculture was willing to face the issue of climate change, but hit out at the rhetoric used by environmentalist groups and politicians.

“Sometimes, if one was to believe all the negative commentary that is targeted at the Irish agriculture sector, one would almost believe you could produce food without producing greenhouse gases,” claimed Minister Creed.

If you want to be fed, whether you’re vegan, vegetarian or meat-eating, [those foods] all have a carbon footprint – everyone of them.

“Our strategy at the department is to have our food production – whether its in dairy, beef or any other commodity – to be as carbon efficient as is possible, so we can aspire to being global leaders,” he argued.

Minister Creed also addressed the issue of carbon sequestration, saying trees were the answer, but argued that the burden of that should be evenly spread across the country.

“[Sequestration] is a fabulous sounding word, but how do you spell it: T-R-E-E-S. We need to grow more trees. It’s as simple as that,” he said.

[The department] has conducted a review of our forestry strategy, and will be looking at it in the context of the next Common Agriculture Policy (CAP), and how they might be more closely integrated. We can’t expect any one area of the country to carry that obligation.

The minister went on to say that soil fertility was part of the climate debate, and argued for some method of soil testing to be implemented in the future.

“We perhaps need to move to compulsory soil testing at some stage, and using the data we get from that so we know the appropriate level of chemical fertiliser to apply, and maximising soil fertility,” he argued.

There is no sector of Irish society that deals daily with the issues of climate change more than Irish farmers.

The minister insisted that Ireland will meet its 2030 climate mitigation targets, but only if all economic sectors work together on the issue.

“Rather than have finger pointing between sectors, we need to work collaboratively and cooperatively together. There is no silver bullet in all this,” he said.