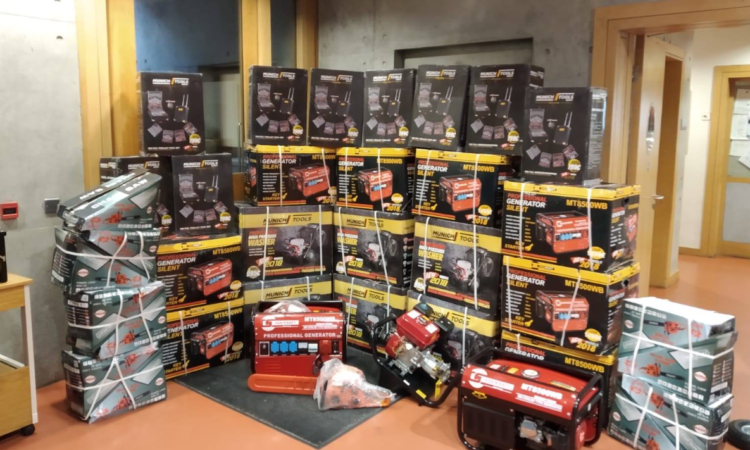 An elderly woman was pressured into paying an 'extortionate price' for the equipment pictured. Image source: An Garda Siochana Facebook page

An elderly woman in Bantry, Co. Cork, was pressured into paying an ‘extortionate price’ for assorted tools and equipment by uninvited ‘cold callers’ at her home.

According to a statement by An Garda Siochana, the woman in question, who lived alone, handed over a “substantial amount of money” for 12 chainsaws, 11 generators, seven power washers and several other tools – which she did not want, nor had any use for.

The money paid was in the form of several cheques, which luckily were cancelled before the perpetrators had a chance to cash them.

Gardai say that anyone who has been the victim of a similar crime should contact a local garda station.

Gardai are also urging people to make sure their elderly family members are aware of this incident, and the possibility that they might also fall victim to it.

This incident comes days after Gardai in Carlow hosted a viewing of stolen tools and machinery, where people who had been the victims of theft could see if their property was among the stolen items.

Gardai in the county had recovered a large amount of equipment, including power tools, building tools, gardening tools and generators.

The viewing was held on Friday and Saturday of last week, in Carlow town.

Meanwhile, Gardai in Monaghan are also investigating equipment theft, after a quad bike was stolen on the night of January 17.