Werner Hoyer, president of the European Investment Bank, commented on the move, stating: “Tackling climate change is a priority for Europe and the EU Bank.

“We also discussed ambitious proposals to expand EIB support for climate and sustainable investment in the coming years,” he said.

“Europe must accelerate its efforts to address global warming and remain a global leader in climate action. The EIB is Europe’s climate bank, a leading financier of climate action projects.

“We look forward to working hand in hand with the European Commission to achieve ambitious climate goals,” added president Hoyer.

Recognising the significant investment needed to tackle climate change and ensure climate neutral and climate resilient infrastructure, the EIB board discussed detailed proposals to increase the impact of EIB engagement.

This includes new investment to ensure a just transition to a low-carbon future and completing the alignment of EU Bank activities with the objectives set in Paris in 2015.

These proposals are expected to be finalised in the coming months.

Waste facilities across the country will be modernised to increase recycling, reduce noise, and improve water treatment.

A new large-scale waste to energy plant will generate clean energy from refuse from across the greater Paris region.

A further project will strengthen investment in circular economy, climate action and clean energy schemes by utility companies across Italy, according to the EIB. 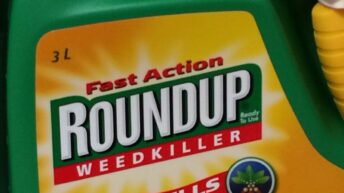 US judge cuts damages on Monsanto in Roundup cancer case