Works being carried out by Limerick City and County Council are turning people away from coming into one rural Irish village because there is no where to park and because it has become “very dangerous for everyone” with all the traffic problems that have emerged.

These were the sentiments expressed by Josephine McDonnell from Bruree, Co. Limerick, last week after the local authority started road and streetscape works along the village’s main thoroughfare without – what she and the other residents claim – any consultation whatsoever with the people that live there. 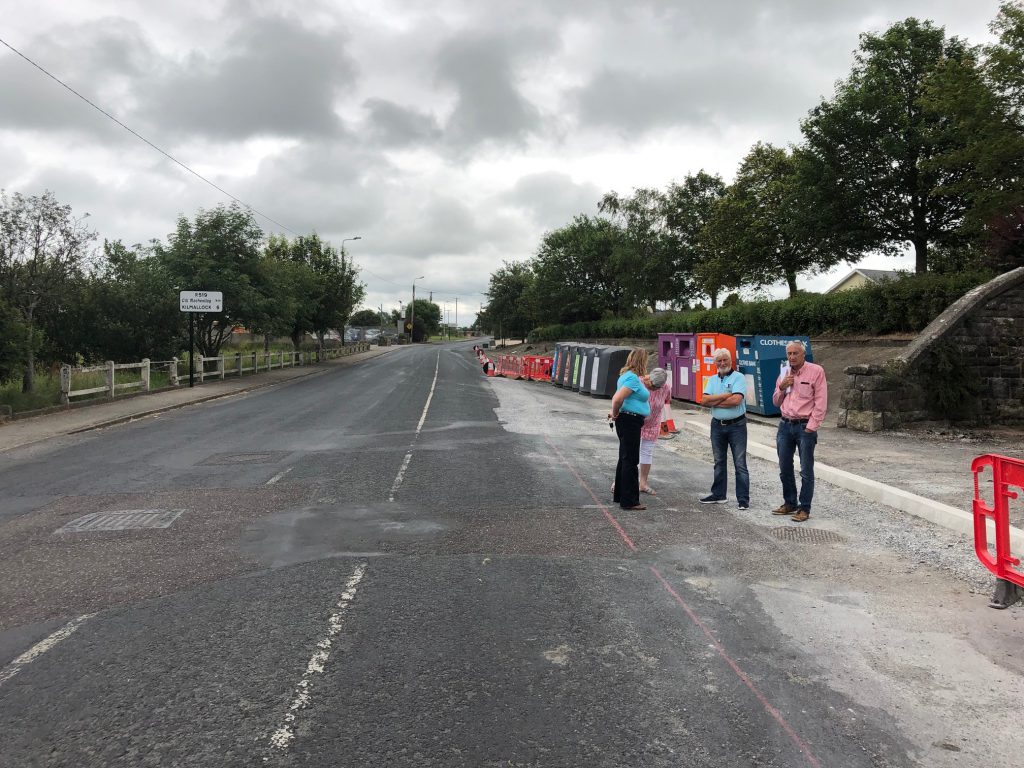 Josephine McDonnell, Ann Price, Noel Brosna and Pat Coleman inspect the works being carried out in the village of Bruree

Meanwhile, in recent times, the landowner of the old railway house and accompanying land installed railings and a gate around the property in the heart of the village. Residents say it is an “eyesore” with one going as far as to compare it to the outside of a prison.

“The railings that were installed – and the gates that were put up and locked at the railway house and lands – have destroyed the visual appeal of the village,” McDonnell continued.

“In actual fact it’s an eyesore now because that side of the street looks like a jail; this village has great potential – there is a meat company, nursing home, Cuan Mhuire facility that runs its own garden centre and the old water mill at the bottom of the village – all that’s needed in Bruree is a little bit of investment. 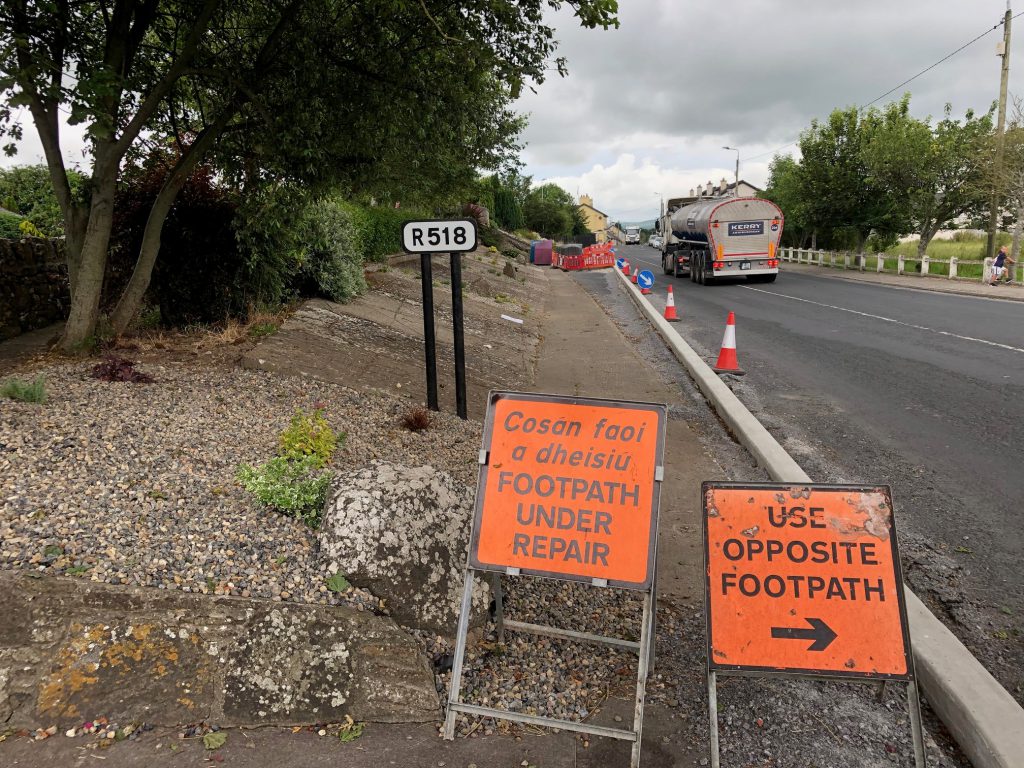 “The mill is privately owned and not open to the public – but it is one of the most beautiful places in Bruree – and I’m quite sure that if there was some funding made available for the restoration of that mill it would become a major tourist attraction.”

Passing trade and the mart

Meanwhile, the villagers talked about the “strong passing trade” and the buzz around the place on Mondays – mart day in nearby Kilmallock.

“We have a very strong passing trade in this village – it’s mart day in Kilmallock on a Monday and they are taking the tail of one another through this village to get to that mart. It’s very, very busy,” added McDonnell.

Bruree is on the main road from Mitchelstown to Newcastle West and then on to Kerry. It is also the main route from Tipperary to Tralee.

“There are a lot of towns and villages in this country that have been closed down as a result of the recession and while our village has been impacted too we want to open it up again and attract businesses to the area.

“The butcher, supermarket, computer store and the local café have all closed their doors in recent times in Bruree.” 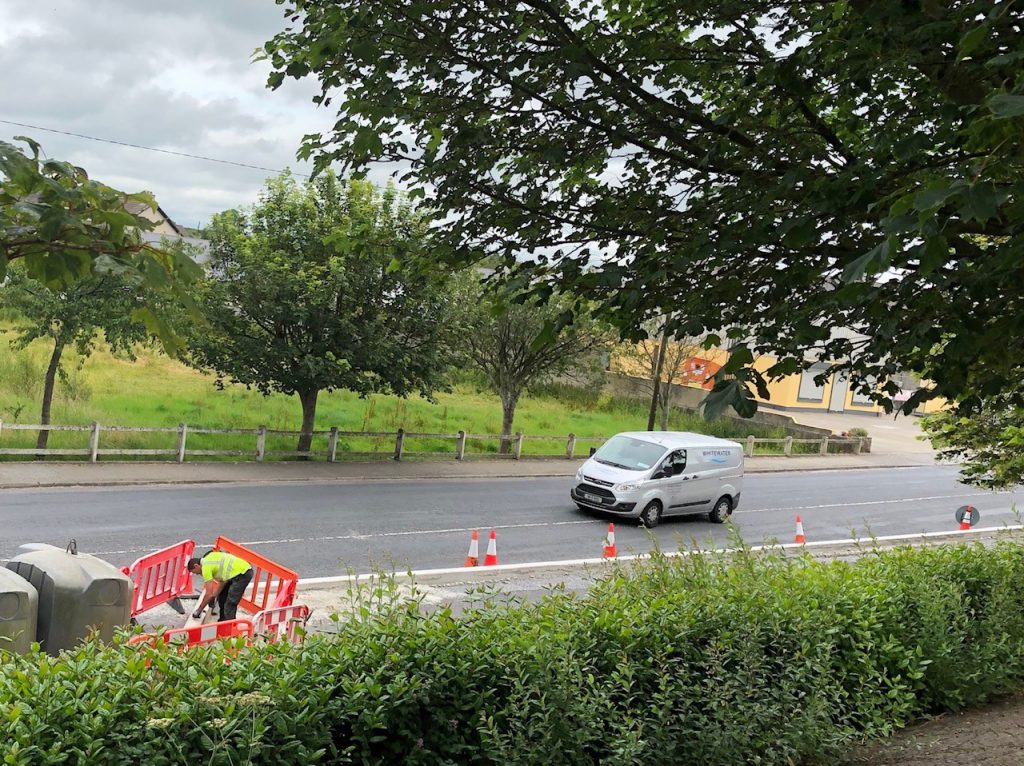 McDonnell also pointed to the difficulties posed to those in the village trying to exercise some pride in their surroundings as a direct result of the streetscape works that are being carried out.

“We can no longer access the rockeries or flowers because they were fenced into that land and out of the village – the flowers can’t even be watered now,” she added.

“The traffic coming into the village from the north side has to move onto the other side of the road to pass through because the road has been eaten up by footpath.

“In fact, the community sense of the village has been stripped away because of the way in which these council works were carried out in the first instance.”

Meanwhile in a statement Limerick City and County Council said the Kilmallock Roads Area initiated the works as part of a concerted effort to tie-up and improve the area in preparation for road overlay works to be undertaken on Bruree’s Main Street.

The relevant persons affected by the works have been consulted with.

A spokesperson continued: “As the works fall under the requirements for a ‘Part 8 planning application’ and existing roadway width is not being narrowed – there is no requirement for a Section 38 traffic Notice.

“The street width etc. will be clearly defined and marked following completion of the overlay works which will address same.

The existing public road width is not being altered and will still be over 8m following completion of the works.

“At present if there was a yellow edge line marked to define the road carriageway than we would be inside same.”