A picturesque rural Irish village has been upended with road and street works – to such a degree this week – that angry residents have gathered 450 signatures on a petition in an effort to stop Limerick City and County Council from ploughing ahead with its effort.

The residents of Bruree in Co. Limerick – where Eamon de Valera grew up – say they have had enough and will no longer stand by and watch helplessly as the local authority there turns their picturesque landscape into a concrete jungle.

The residents say that most of them “had no idea” that the works were being carried out in the first instance and when it later emerged that the local authority had consulted with three members of Bruree Tidy Towns Committee – talks that were held in secret – a major fallout resulted. 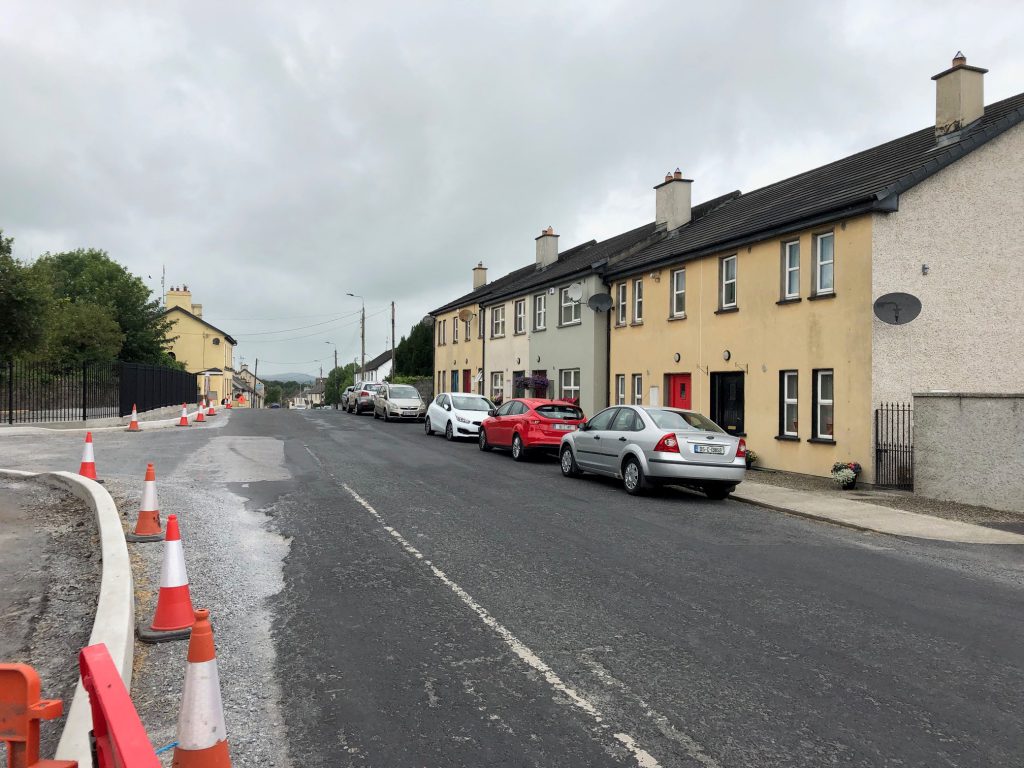 Pat Coleman says he and his partner joined the local tidy towns committee two years ago, and together “did a lot of work in the area”.

“We found out only recently that the committee held meetings with the landowner who is at the centre of all of this and with Limerick City and County Council engineers,” he continued.

“What those committee members did was they held meetings with the powers that be behind everyone else’s back, and that to me is totally unacceptable.

Those people took part in, and okayed, all of what is going on now behind everyone else’s back and are now denying they did that.

“You’d have a lot more respect for them at this stage if they put their hands up and said: ‘Yes, okay I did that.’ Now myself and my partner are finished with the tidy towns and this has caused a major split in the village unfortunately.”

‘You can’t jail the revolution’

Meanwhile, the issues in Bruree began earlier this year, when a local landowner installed railings and a gate around the old railway house and associated lands located in the heart of the village.

Residents say the landowner’s effort has created a “jail-like appearance” and that together with the council’s endeavours to install footpaths and narrow the road going through the village – all the indications point to a concrete jungle emerging. 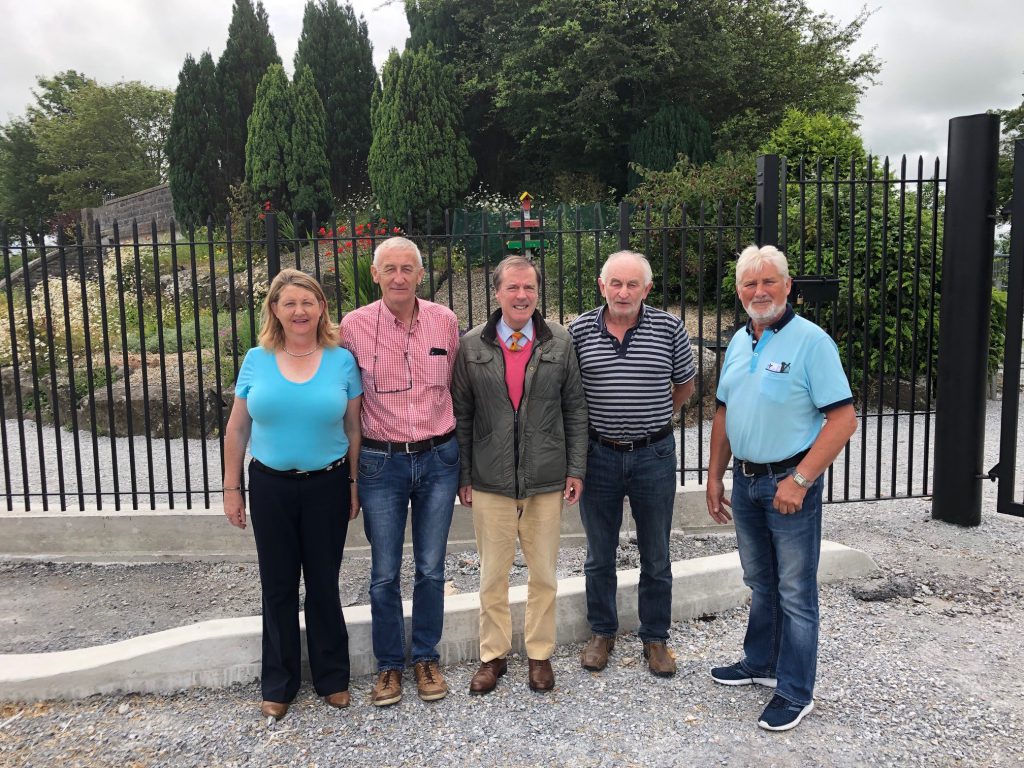 The railings also incorporated the tidy towns rockeries and flowers and as a result members can no longer gain access to enjoy their creations, nor can they water the plants.

Cllr. Gerald Mitchell – the local area representative for Bruree – told AgriLand, meanwhile, that by the time residents informed him about what was going on he discovered that Limerick City and County Council had consulted with people in the area, but that consultation had been limited to just three members of the local tidy towns committee.

“There is a problem with that because this is a public issue that effects everyone and a more extensive consultation should have been carried out,” Mitchell continued.

“Up until now the area that has been fenced off was used as a car park. Truckers passing through used it, people attending funerals, mass-goers – it was a public place that was utilised by the public.” 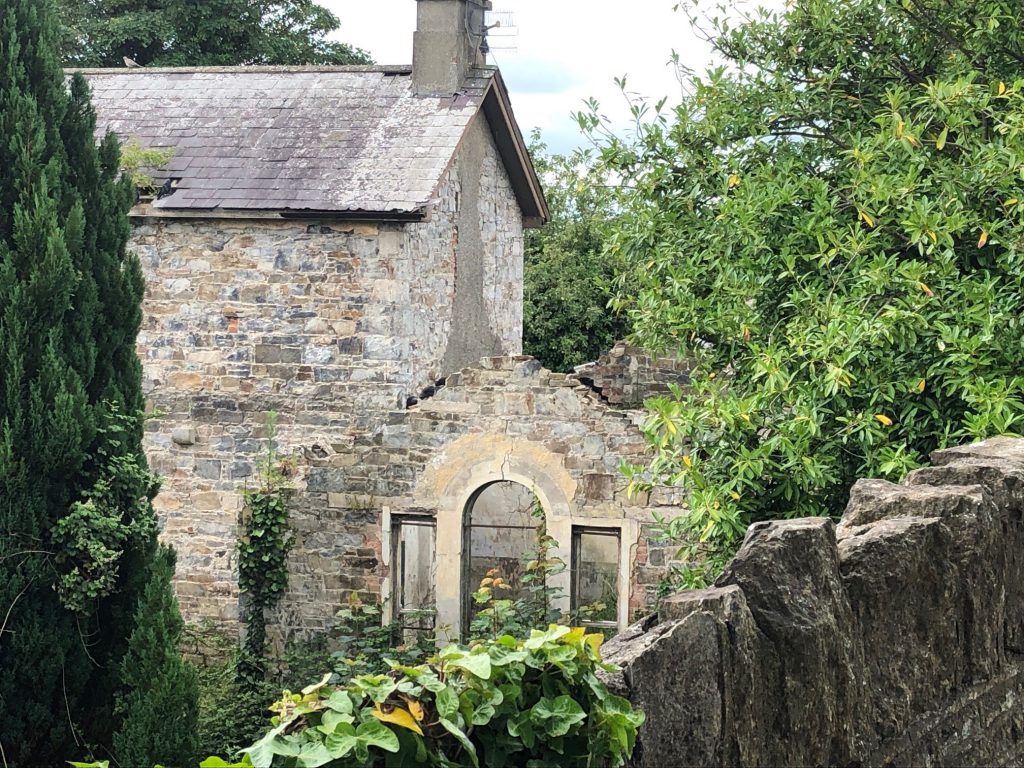 He is adamant, however, that the public should have been consulted about the works that were planned and he pointed to the “huge mistake” made by Limerick City and County Council by not holding consultations on the matter.

He also said that the railings/fencing – that is currently causing outrage in the village – now appears to have planning issues attached to it.

“I have seen the maps in respect of the new landowner there and he does own the land that was once the car park in this village,” Mitchell continued. 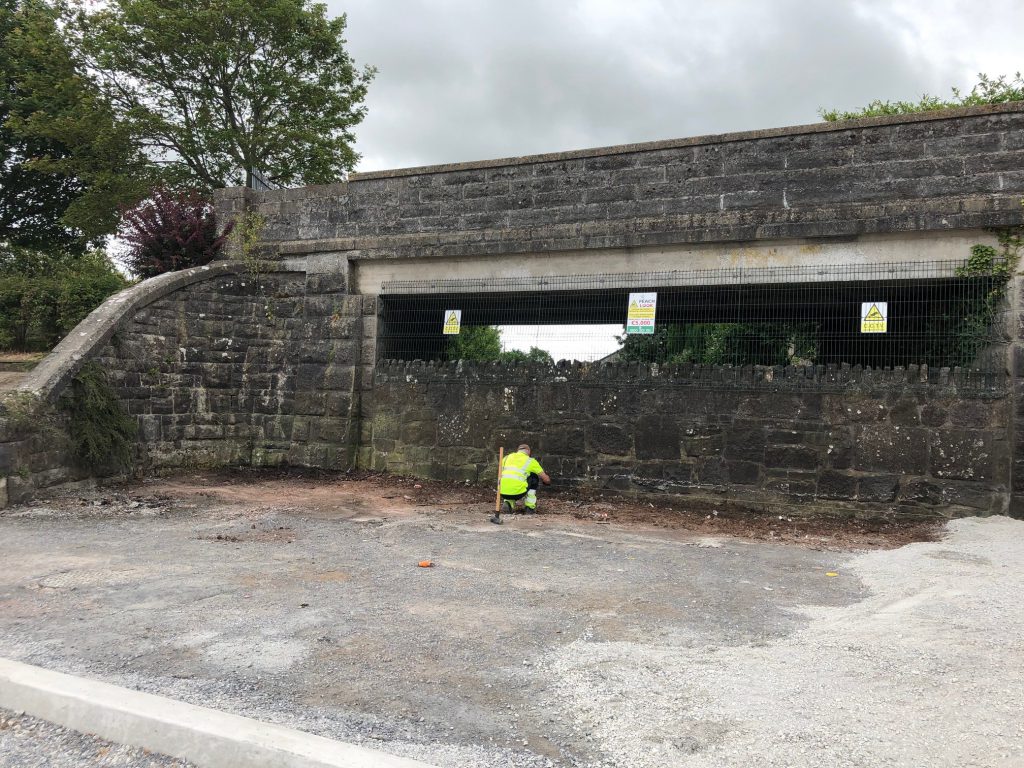 The area where Bruree village’s bottle bank ‘used to be’

“The problem I suppose is that prior to this purchase there was no railing and so the question is why is it going up now? Who agreed this? Was the council involved? Was the council’s engineer involved?

“Why was the general public not consulted because this is a public issue as it pertains to car parking. Were procedures adhered to? And, if not, why not?”

Meanwhile in a statement Limerick City and County Council said the works being carried out in Bruree were undertaken with the intention of improving the public verge area and for the placement of a clean line to tie in with the road overlay works planned for the main street this year.

“Our officials would have met with councillors and the Tidy Towns group to agree the landscaping end of the works in regard to future maintenances by them of the area and also with residents,” concluded a spokesperson.

'Rural communities will be affected most by climate action' - Penrose