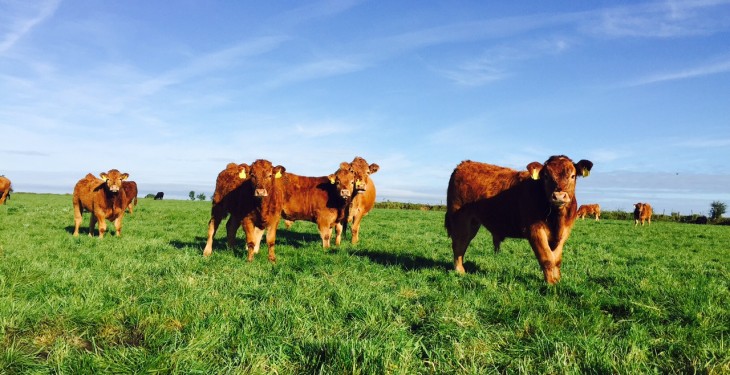 Announced in Budget 2019 yesterday (October 9), €20 million in funding has been allocated to the formation of the new Beef Environmental Efficiency Pilot (BEEP).

Earlier today, the Minister for Agriculture, Micheal Creed, discussed some of the elements of the scheme as part of his post-budget press conference.

The minister commented that the BEEP is a “logical further development” of the Beef Data and Genomics Programme (BDGP), in which approximately 25,000 farmers are enrolled.

He noted that “it’s incentivising the collection of further data that’s not in a significant volume currently available to the ICBF (Irish Cattle Breeding Federation) through the BDGP”.

“The journey really is to get a smaller beef cow. Therefore, being more economically efficient, producing a bigger weanling and the more data we can get in that context is going to accelerate the development of a genetically more efficient beef herd.

“So this scheme will pay on the assumption of 500,000 weanlings participating; it will deliver a payment of €40/weanling on that basis.”

The minister also confirmed that the scheme is not confined to just those farmers participating in the BDGP. But in the instance where farmers seek funding for more than 500,000 weanlings, “some kind of selection criteria would have to be applied”.

On the finer details of the scheme, Minister Creed told AgriLand: “There has been some preliminary contact between the ICBF and the department and I have engaged very recently in conversations with the ICBF myself.

“I think there are some contractors out there that deliver this service (on-farm weighing). I acknowledge that there wouldn’t be capacity within the current level of service to meet the demands that this scheme will put on, so we are looking at other ways to deliver that.

“I don’t think that’s going to be too difficult to overcome, so we are working out the details and hopefully the ambition would be to have this scheme available to applicants in the early summer,” Minister Creed said.