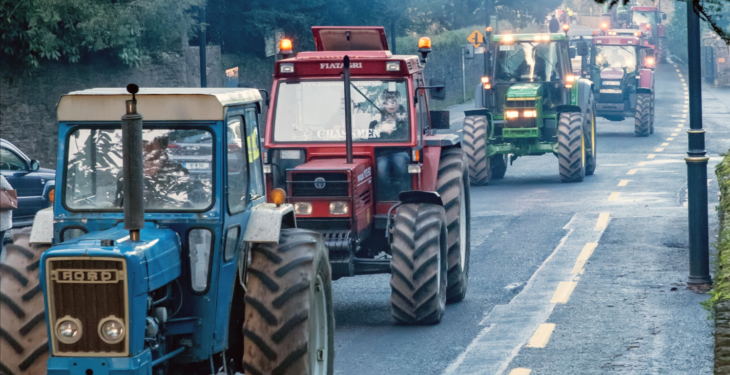 Preparations are well underway for a truck, tractor and vintage car run in memory of Ollie Gerrard, which is set to take place over the bank holiday weekend.

The Co. Meath run will be held this Sunday, May 5, with registration opening at 11:00am in Gaughran Brothers’ Transport yard, Ballinlough, Kells.

According to the organisers, all vehicles are welcome from vintage cars to motorbikes – to “anything that burns rubber!”

Registration costs €30 per vehicle with all funds raised earmarked for the Kevin Bell Repatriation Trust.

The Kevin Bell Repatriation Trust aims to alleviate the financial hardship of bereaved families repatriating the bodies of loved ones who have died abroad in sudden or tragic circumstances back to Ireland.

The run, which will incorporate two routes – one broadly for trucks and the other for tractors – will get underway at 1:00pm from Ballinlough.

Upon returning, there will be refreshments and entertainment in the Halfway House.

Organisers promise a “great day of burning diesel, having the craic, raising a few euro for a great cause and, most importantly, remembering Ollie”.

For those interested in contributing to the cause, a GoFundMe page has been set up for the run.

Speaking to AgriLand ahead of the event, one of the organisers, Dennis Gaughran, explained why the run was being held and who Ollie was:

“Ollie was a friend of mine and he was well got in the community. He grew up locally; he worked with machinery and trucks all his life.

Ollie tragically died in Tenerife over Christmas. We came together – a few of us; friends of his – and said we had to do something.

“We had a bit of experience of this before, where a cousin of mine actually died out in Australia. That would’ve been the first connection I would’ve had with the Kevin Bell Repatriation Trust, ran by Colin – Kevin’s father.”

Following the support shown by the Kevin Bell Repatriation Trust, Dennis and his friends dusted off the tractors and trucks in 2015, raising a total of €80,000 between two fundraiser runs – with Ollie himself raising hundreds of euro in the process.

Dennis noted that local group Ballymacad Hunt has also held a fundraiser in memory of Ollie, raising €7,500 in March, with the intention being to pool the combined funds raised from both events to present to Colin Bell at a later date.

He stressed, however, that the main objective of the event was to remember Ollie.

“Ollie was a character in the community; he was well-known in the Westmeath/Meath area; he worked for many the contractor, many the haulier and he was fondly got.”

It is hoped that the money raised on Sunday will help the trust to help the next bereaved family: “We’re doing this in memory of Ollie for the next person; Ollie’s is done and paid for now. Someone else paid for Ollie’s.

“We’ve got fantastic support locally; there’s big interest in it. He was well-known; well-liked.

“I’m delighted to be doing something for him; it’s not just me; there’s a gang of us in it – friends of his all came together.

“We called a meeting about a month after Ollie’s death and there were 40 people attending in the local hall – and we came to this conclusion that we’d do this for him.”

For those interested in learning more, further details on the run can be found on the event’s Facebook page here. 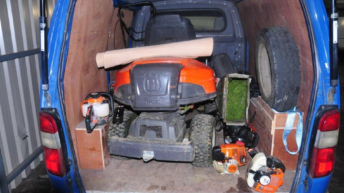