Domestic milk intake up 10.4% in July

Domestic milk intake by creameries and pasteurisers was estimated at 942.4 million litres for July 2019 – an increase of some 10.4% on July 2018’s figure, according to the latest stats from the Central Statistics Office (CSO).

Comparing the July 2019 milk produce figures with those for July 2018 shows that total milk sold for human consumption increased by 4.1% to 45.3 million litres, up from 43.5 million litres, according to the CSO.

Meanwhile, for the seven months from January to July of 2019, some 5.149 billion litres of milk was taken in domestically, according to the latest figures.

Notably, Ireland recorded a 12.3% increase in milk intake by creameries and pasteurisers for the period January to April 2019, compared to the same four months in 2018 – the largest increase in the EU.

The overall increase across the EU was 0.7% according to CSO figures, obtained from the New Cronos database, Eurostat, except Ireland and European Union total, which are sourced from the CSO itself.

It was noted that the statistics for the EU include provisional France, Latvia, Spain, Romania and Italy figures. 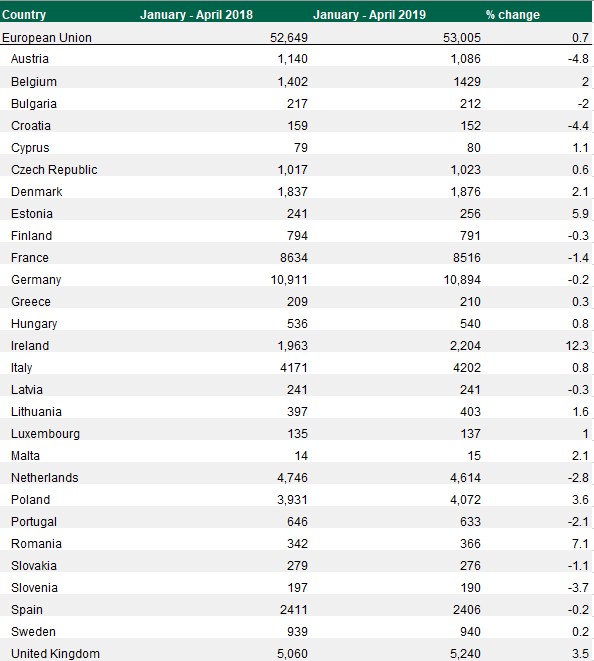 The information used in the CSO figures was collected under EU Directive 96/16/EC, the office noted.