Domestic milk intake by creameries and pasteurisers was estimated at 1,100.3 million (1.1 billion) litres for May 2019, according to the latest figures released by the Central Statistics Office (CSO). 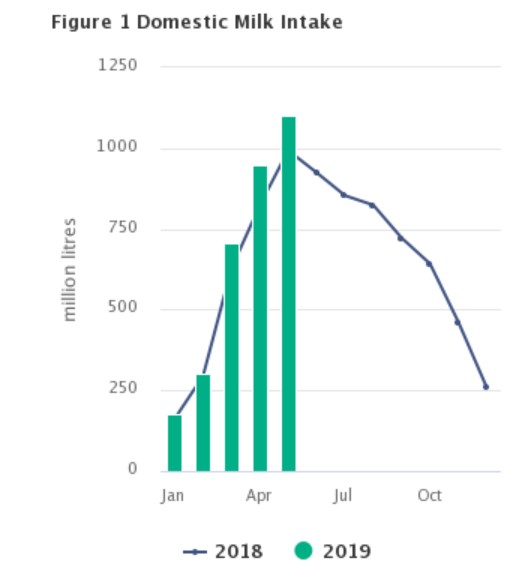 Meanwhile, from January to May this year, some 3,234.4 million litres have been recorded in the domestic milk intake.

In terms of sales, skimmed and semi-skimmed milk sales was marginally up, with 18 million litres sold in May 2019, compared to 17.9 million last year.

Meanwhile, the final estimates for the outputs, inputs and incomes in agriculture for 2018 was also released by the CSO today, showing that the total farmer operating surplus was down 16.8% last year.