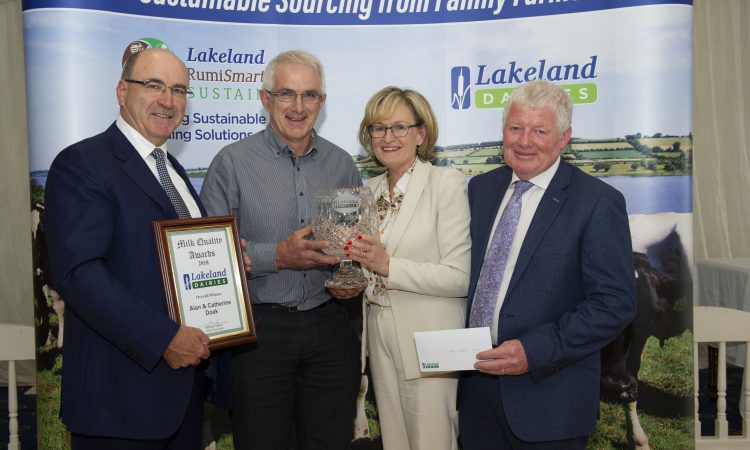 Farmers from across the Lakeland platform were honoured at an award ceremony held by the cooperative for “Excellence in Milk Production”.

At the Lakeland Dairies Milk Quality Awards, dairy farmers from Northern Ireland and the Republic of Ireland were honoured for the exceptionally high quality of milk produced on their farms.

The winners emerged from among 3,200 farm families who produce milk for the 1.8 billion Lakeland Dairies milk pool.

The Doaks also won the 0-1 million litres Northern Ireland milk production category, for the exceptional quality of their milk supply to Lakeland Dairies.

Peter Robinson from Ballinagore, Co. Westmeath, won the Sustainability Category of the awards for outstanding commitment to sustainable milk production, based on measures including carbon footprint, biodiversity, water management and milk quality results.

The runners-up in this category were the Johnston Family, represented by Stephen Johnston and his son Isaac, Ballinamallard, Enniskillen, Co. Fermanagh.

Lakeland Dairies Group CEO, Michael Hanley said: “Lakeland Dairies is proud to put the work of our farmers at the centre of our business and we are delighted to be able to reward and recognise their commitment to excellence at our Milk Quality Awards.

We’re all working in a deeply competitive and globalised marketplace. To succeed in that environment, you need to be able to differentiate yourself based on your reputation and the quality of what you do.

“Lakeland Dairies is achieving this through the excellence and distribution of our value-added dairy products, the technological capability of our processing facilities and the high quality of our milk pool from our farmers,” Hanley concluded. 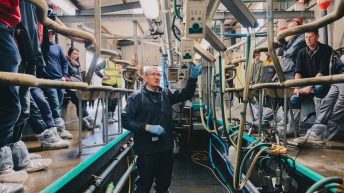 7 free ‘Smarter Milking’ demo days to be held in July