The winner of the Diageo Baileys Irish Champion Dairy Cow competition has been announced at the Virginia Show.

The cow – named ‘Baldonnel Flashmatic Draw’ – owned by Cyril and John Dowling (pictured above) took the title of the competition’s overall winner.

The title was contested by over 25 dairy breeders from all four provinces in Ireland.

Other prizes awarded in the competition included: 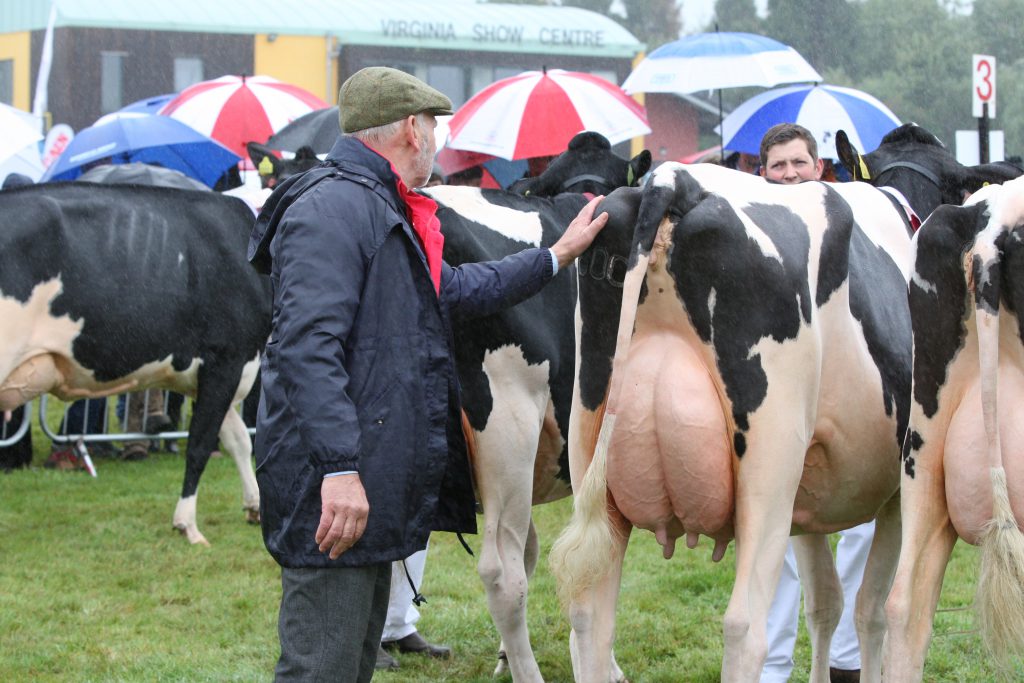 Speaking at the event, Martin Keane, Glanbia Group’s chairman said: “Each year the contest attracts elite pedigree cows from throughout the country.

Breeding the champion dairy cow is a dream for every top-class Holstein Friesian breeder.

“Once again it was a tough task for the judge to select the worthy winner.

“It was evident that the exhibitors have all worked hard over many years, and sometimes generations, to breed the calibre of cows that were on display at the Virginia Show.”

The competition – hosted in association with Glanbia Ireland – is regarded as one of the most prestigious in Irish dairying, drawing the best stock from around the country, and boasting a prize fund of €10,000.

This year’s competition was judged by Peter Waring, a farmer from Yorkshire in England, who is the former president of Holstein UK.

Waring has judged at several agriculture shows across the UK and Ireland over the last 30 years.

Speaking earlier this month, when he was announced as the judge, Waring said: “I know this to be a very prestigious competition, so I am looking forward to seeing some of the best cows in Ireland on display”.

The winner of the 36th Diageo Baileys Champion Cow title will have to have plenty of strength and be functionally correct.

Last year, the overall title was won by Drumlina Atwood Megan, owned by a syndicate of breeders from Co. Monaghan chaired by David Boyd.