Derrybrien Wind Farm: How it all went wrong…

Last month, the European Commission indicated that it would bring Ireland back to the European Court of Justice over issues connected to the Derrybrien Wind Farm outside Gort, Co. Galway – and impose a very substantial fine.

The commission pointed out that it was bringing the action over what it claims “is Ireland’s failure to comply with a previous EU court judgement by not properly carrying out an environmental impact assessment” at the Co. Galway wind farm.

The wind farm was one of the largest in Europe when it was built in 2003 but became surrounded by controversy quite quickly after a large landslide occurred at the site the same year.

Martin Collins is a suckler farmer in Derrybrien. He has been part of the Derrybrien Wind Farm saga since the beginning. This week, he spoke to AgriLand about the wind farm’s history, and how all these years later “nothing has improved at all”.

Derrybrien, he adds, is a small rural village located on a south-facing slope of the Slieve Aughty Mountains in south Co. Galway.

In January 1998, two windfarm developers – Saorgus Energy Limited and B9 Energy Services Limited – applied to Galway County Council for permission to erect 46 wind turbines on three sites in the locality.

Permission was granted to Saorgus for 46 turbines in March 1998 and the second company was granted permission to erect 23 turbines the same month.

“Local residents appealed the decisions to An Bord Pleanála; however, the planning authority upheld the local authority’s decision. Saorgus applied again to Galway County Council in 2000 for a further 25 turbines – 71 in total,” Collins continued.

“Galway County Council refused permission; however, on appeal by the developers, An Bord Pleanála granted permission. 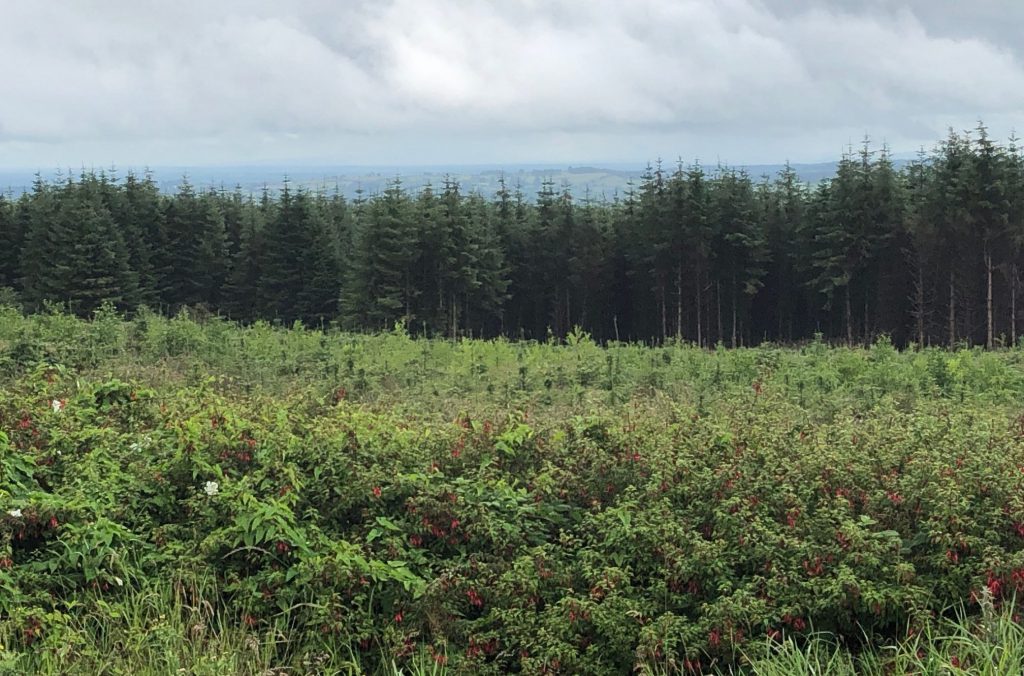 Meanwhile, Collins says that Saorgus Energy Limited leased the 850ac site – which had been originally purchased from Coillte Teoranta and sold to a subsidiary of ESB, Hibernian Wind Power Ltd – and construction work started in July 2003.

During the construction of the 71-turbine project a major landslide of some 450,000m³ of peat occurred – that was in October 2003.

“Hibernian Wind Power Limited; Galway County Council; and the local residents each commissioned separate reports on the events surrounding the landslide and it was widely accepted that construction-related activities caused the landslide,” continued Collins.

“There are many issues of deep concern to the local residents including unauthorised development, robust drainage, water quality, the estimated 50,000 wild brown trout that were killed and the considerable distress and disturbance inflicted on our small rural community.”

Collins also pointed to the landslide and its effect which, he says, “was very significant” because of the damage it caused, the fear it instilled, the stress that emerged in its aftermath and the unpredictability of it happening again.

When it happened the link road from Derrybrien to Loughrea – known locally as the Black Road – was closed to traffic for a number of days as was the main Gort to Portumna road.

He continued: “These restrictions caused a great deal of inconvenience to a number of local families and to services in the area including the priest, the postman and the vet.

“The heavy rainfall towards the end of the month also contributed to severe water pollution which the Shannon Regional Fisheries Board (SRFB) referred to in a preliminary report into the landslide.

“The massive influx of peat was carried along through the Abhainn Da Loilioch River for a distance of 22km to Lough Cutra – over 100,000 fish were impacted and over 50% of the fish died. 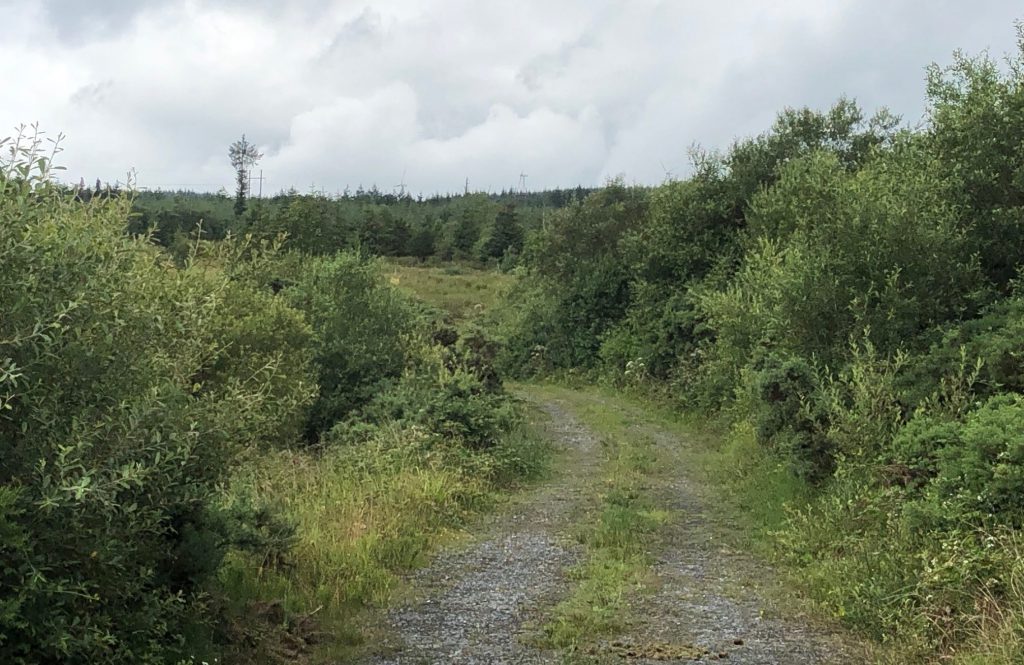 “The huge volume of material carried by the floodwaters damaged boundary fences on farms, deposited bog and debris on land, changed the course of the river and impacted on its crossing points.

“In some cases farmers were forced to purchase water tanks to provide clean water to livestock as the river was contaminated for some time after the slide.

“Local people were extremely annoyed that nobody was taking responsibility for the damages and distress inflicted on the community.”

12 months later – on October 20, 2004 – ESB International and Ascon Limited (construction company) were both convicted, at Gort District Court, of allowing polluting matter to enter the headwaters of the Abhainn Da Liolioch River.

In January of that same year, members of the local community travelled to Brussels where they met with representatives of the EU Commission at the offices of DG Environment. 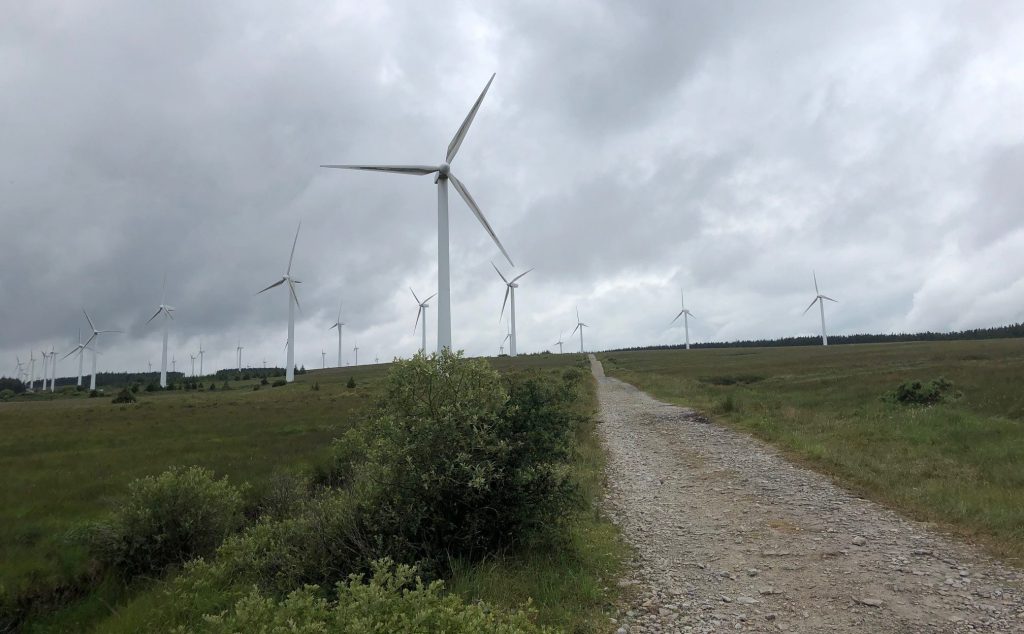 As a result of that meeting, Collins says “a substantial file was sent to DG Environment”.

Meanwhile, in April 2005, the European Commission announced it was going to prosecute Ireland in the European Court of Justice in respect of issues relating to the landslide at Derrybrien – it is this matter which, 14 years on, will be brought to a conclusion at the end of this year.

The commission confirmed last month that it will take Ireland to the European Court of Justice with regard to matters related to the development of the wind farm.

Collins continued: “It is our view that the circumstances surrounding the landslide are been treated with the due care and attention they deserve by the commission and the staff at DG Environment.

“This is in stark contrast with the cold shoulder approach of the Irish authorities.”

Derrybrien Wind Farm: How it all went wrong...

Scanning results up on farms with poorer ground