Farmers ‘up in arms’ over wind farm development in Cavan

Suckler farmers in Kingscourt, Co. Cavan, are up in arms this week over the development of a wind farm comprising five turbines on lands in the area.

The wind farm – close to the River Glyde and beside Dún na Rí Forest Park – is being developed by Raragh Developments Limited in conjunction with Mainstream Renewable Power. It was first proposed by PWWP- which is now gone out of business – in 2010.

The original plan included seven turbines; however, the latest developer applied for five turbines, each of which will now stand at a height of 126m across the picturesque north Co. Cavan landscape. 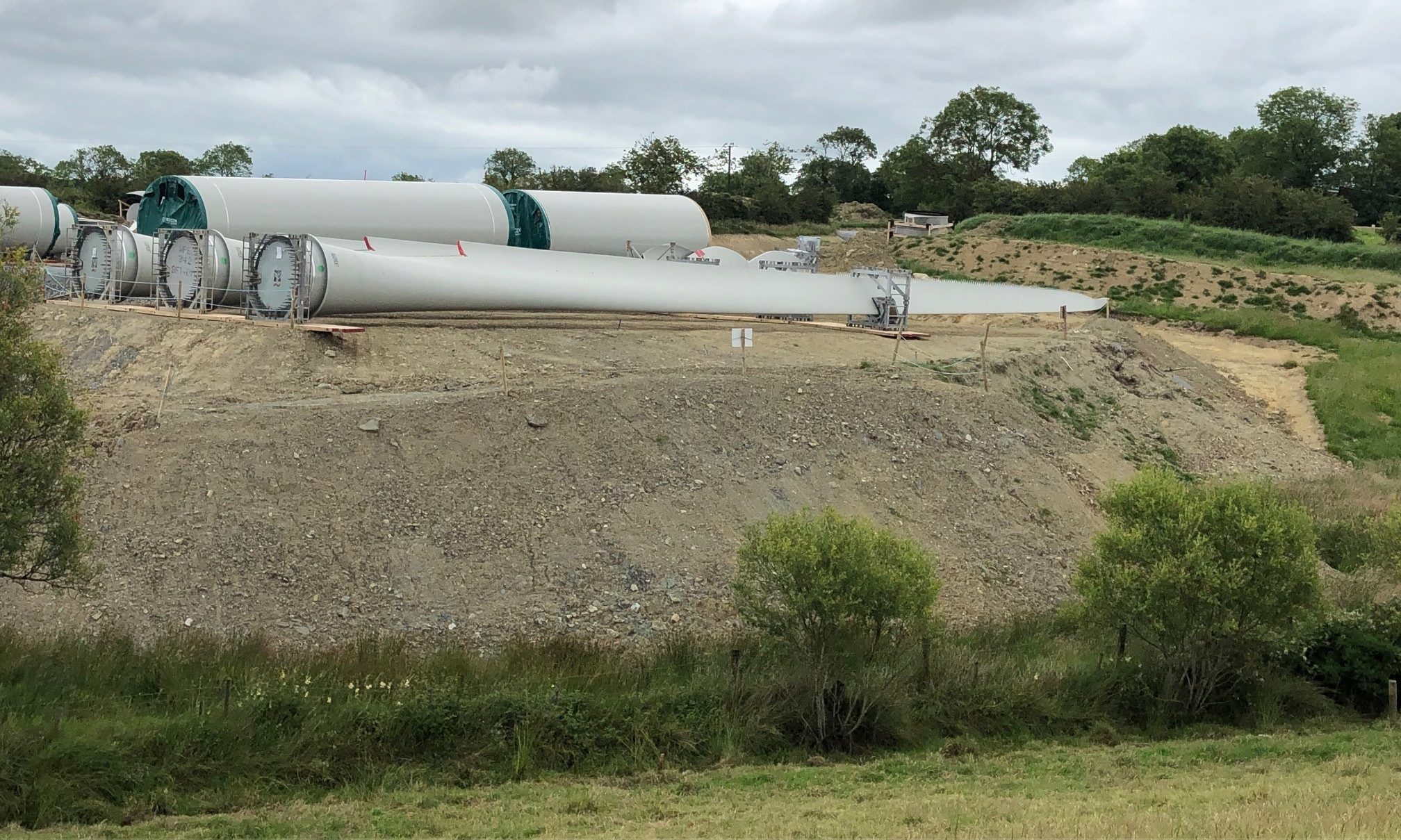 The turbine blades for the second turbine waiting to be installed

And, on Sunday, July 7, the people of Kingscourt stood by “helplessly” as the first turbine was erected just 1.2km from the town. On Friday, July 12, workers busily constructed the base of the second turbine…its blades lying close by ready for installation.

Val Martin is a suckler farmer on the outskirts of the town. A retired Garda, he returned back to farm a number of years ago.

As he says himself, he had great plans, but now “I can’t make any plans for the future here”.

“Even buying a house in Kingscourt now is a doubtful thing because as a community we have yet to see the impact that this wind farm will have on the people living here,” he added.

“We don’t know what the effects will be on property here either because the wind farm is in such close proximity to the town.” 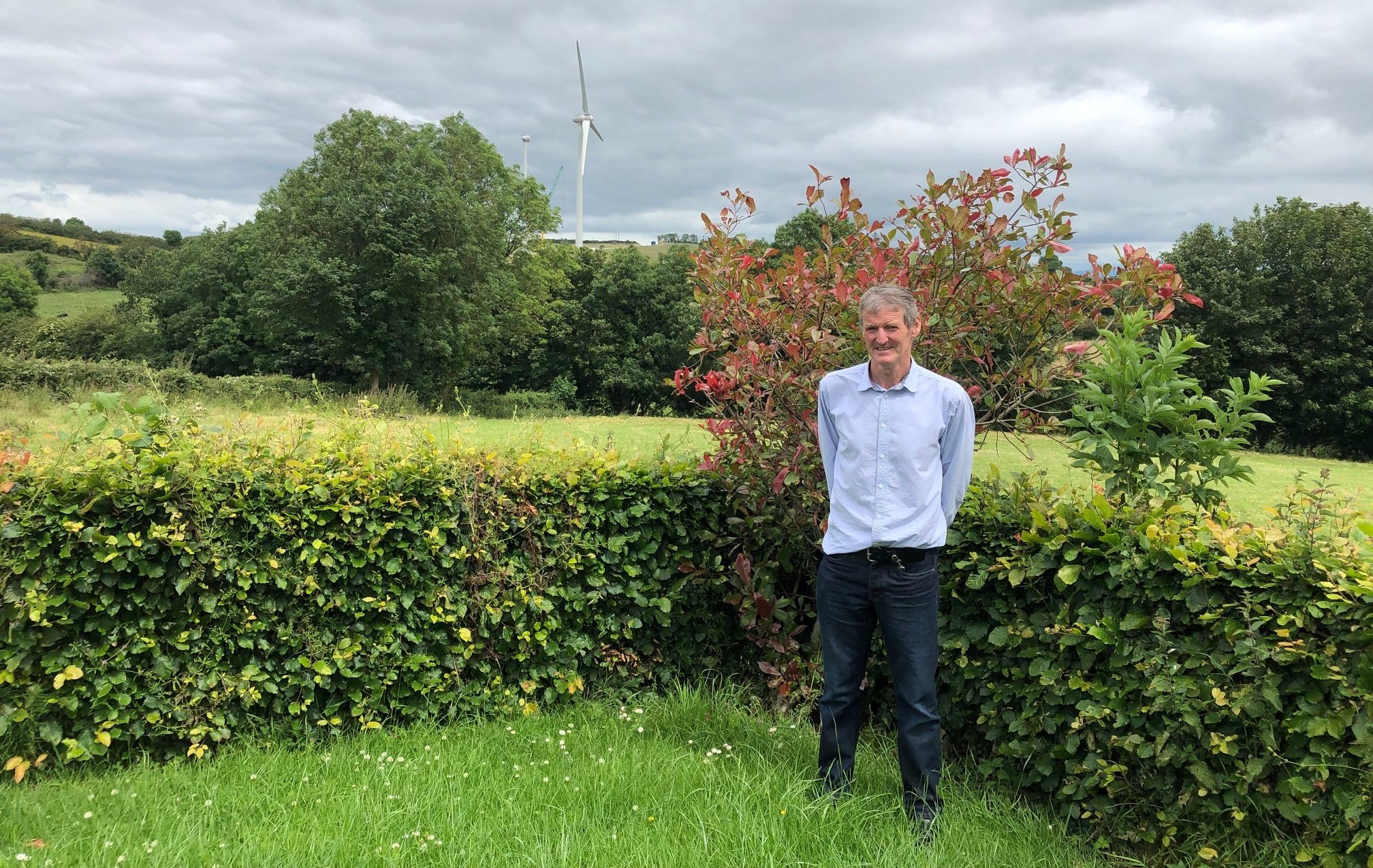 John Gargan in the backgarden of his home

John Gargan, meanwhile, is a sucker and sheep farmer close to the town of Kingscourt. He can see the wind turbines clearly from the back of his house.

He highlighted to AgriLand his unease about the situation and also raised concerns for his cattle who continue to graze close to the site. The local farmer says he has become very conscious of the fact that he will only see the impact on his livestock when the wind farm is actually up and running.

Myself and Val measured the distance of the wind turbine from the nearest house and its set-down distance is 475m.

Gargan continued: “This is clearly in breach of the 2006 Wind Energy Development Guidelines which state that the set-down distance of a wind turbine must be 500m from a home.

“There is wind turbine at the back door of my own house and my mother’s house and farm further down the road – which I have since inherited – has the turbine right outside the front door.”

He then pointed out that “it is nowhere near the distance away from the house that it should be”. 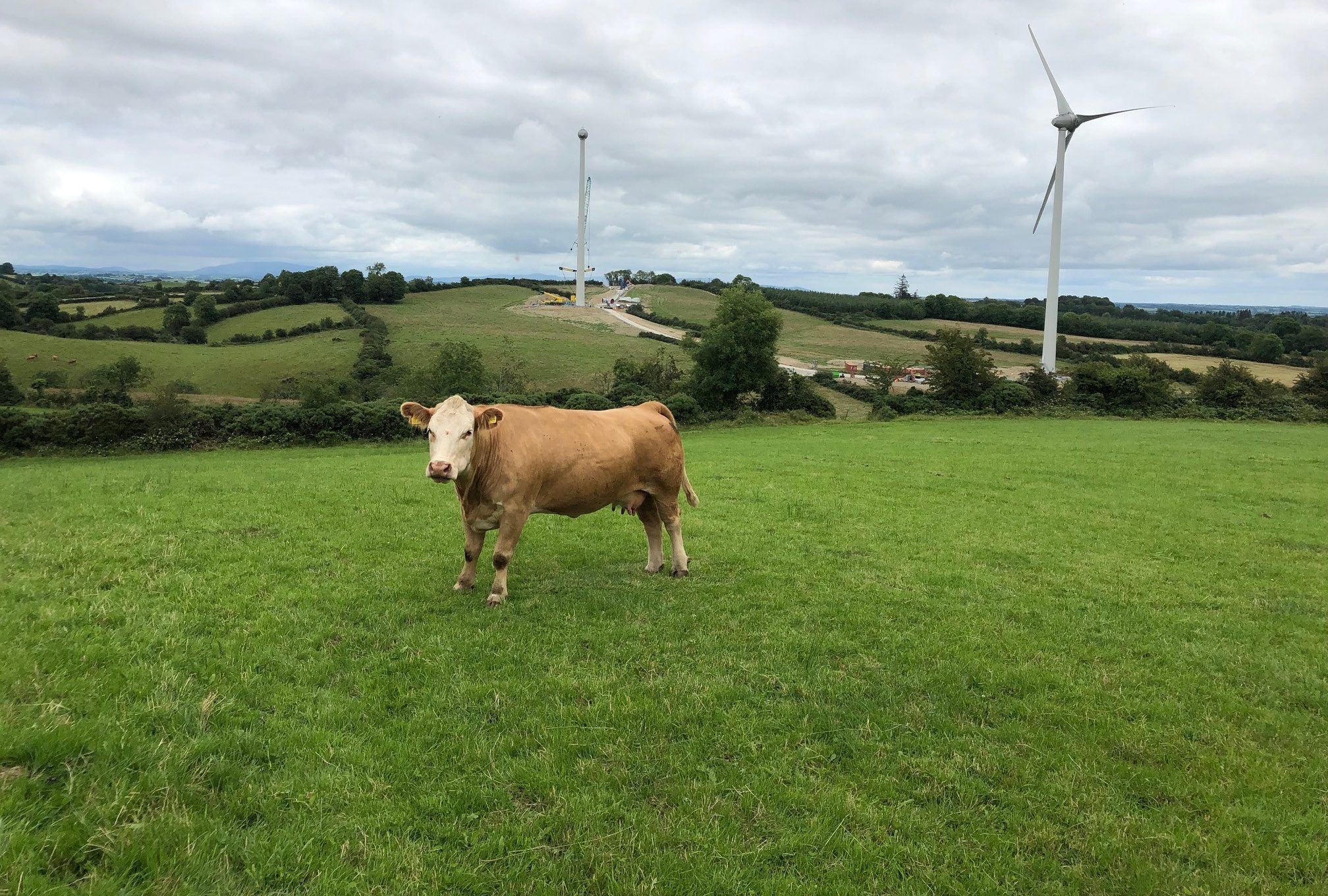 Grazing in the shadow of Kingscourt Wind Farm

“What annoys me about all of this is that there was no consultation whatsoever with the people of this area with regard to this wind farm,” he continued.

“Nobody wants this here…nobody; and whatever way the blades have been put on the turbine they are coming in by a couple of meters on to my land – that has really frustrated me.” 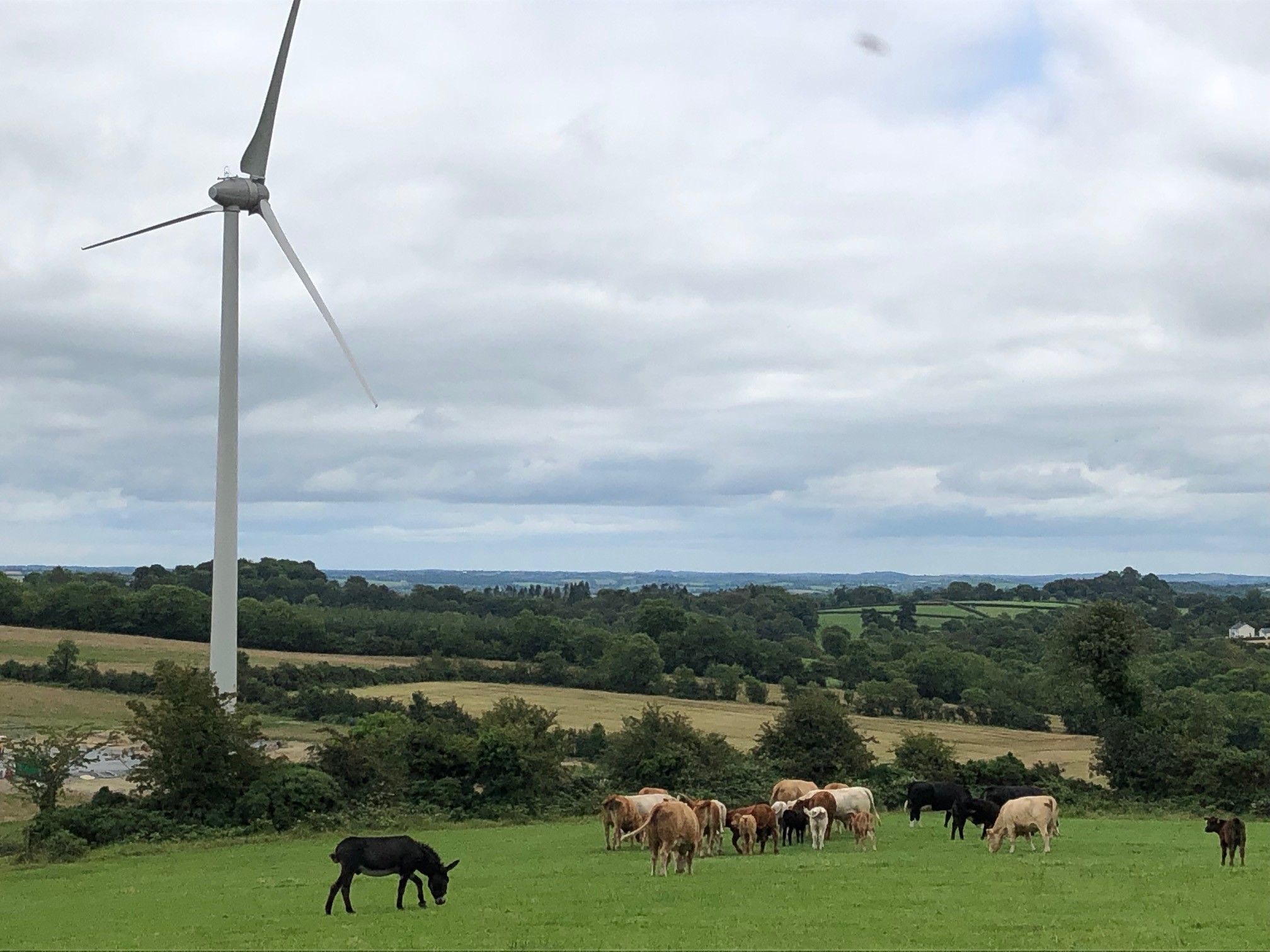 The scene this week in Kingscourt

Meanwhile, Martin pointed to the issues that have been raised as a result of the blades. “That is trespass,” he added. “We will be addressing this matter immediately.”

Public consultation on new wind energy guidelines on the way