Brexit has to be the most acute and prominent source of uncertainty facing the Irish agri-food industry at this time, according to Michael Wallace, Professor of agriculture and food economics at UCD.

“There’s the challenge of what might happen in a no-deal scenario. The UK has said that it will replicate the EU’s tariff schedule and these tariffs are incredibly high and many of them – for our key products – are in the range of 40% to 60%.

“That would entirely – if imposed – decimate our trade with the UK. We might question how realistic it would be that the UK could impose these types of tariffs given the implications for their food system and consumers.

“I think the other big challenge we face relates to non-tariff barriers and this is the borders question – that we are losing frictionless trade.

“It’s not going to be the same as it has been in the past when the UK leaves and this means additional costs for businesses,” he said at the recent Agricultural Science Association (ASA) annual conference. 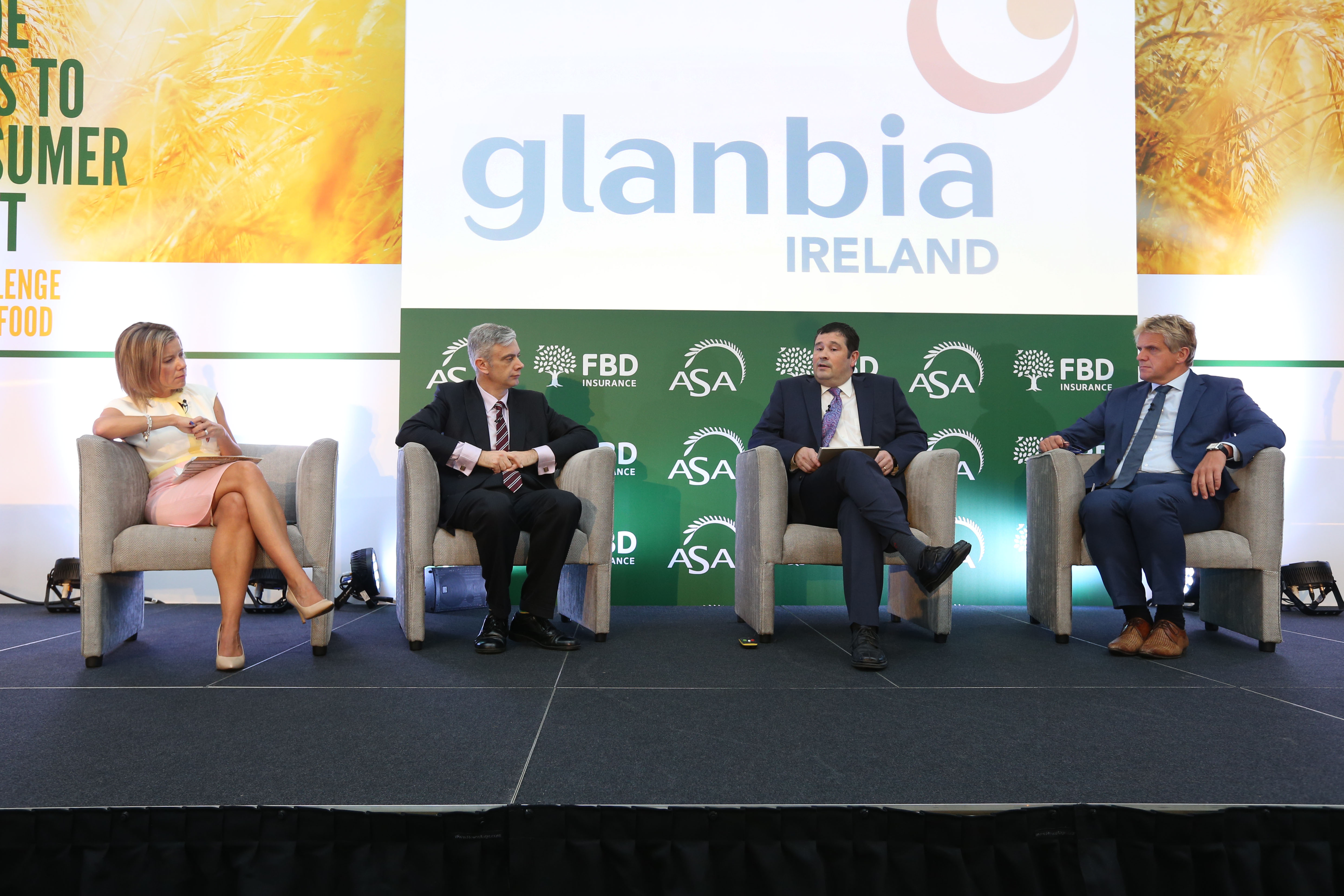 Commenting on exploiting Ireland’s position as preferred supplier into the British market post-Brexit, Wallace said: “I think it’s going to be a tremendous challenge.

“As the UK exits the EU, a key objective of theirs will be to strike trade deals with third countries and potentially with their former trading partners like Australia and New Zealand, which could be particularly challenging on the dairy side.

And obviously the potential for trade deals with the US and some of the South American countries that would be quite challenging from the point of view of competition in beef.

“I think we will face very significant challenges there if those types of deals emerge. The question is how close does the UK ultimately stay aligned with the EU structures and particularly around regulatory alignment.

“I think some of the Brexiteers are very concerned that the UK will not have that type of freedom if it aligns too closely to the EU’s rules to basically strike these types of trade deals.

“In relation to the consumer trust aspect, I think it’s absolutely key that we have to trade in business strategy terms as the best cost provider in the UK market; where we are competitively priced, but we are offering above and beyond what other suppliers can do around the credence, the authenticity and the quality characteristics of what we have.

“And that kind of links back to being a trusted supplier and therefore maintaining our position in the UK market,” he said.

Touching on the potential for a ‘cheap food policy’ in the UK, he said: “Within the food service sector, the sourcing of ingredients is often not very clear to the consumers.

“It’s different in a retail context, where it’s more straightforward to actually have the connection between the supplier and the end customer.

“I think that it’s going to be a potentially very significant challenge where a business within the food service sector will look for cheaper options, particularly in the context of a trade liberalisation policy that the UK might pursue and that will be very very difficult.

But I think the strength of the existing relationships that Ireland has with partners in the UK – relationships are absolutely key in trade – gives us a certain incumbent advantage.

“In the beef sector, 71% of the UK’s imports of beef come from Ireland, which is a very strong position already; but I recognise that defending that market share will be a real challenge,” he added.

'More change will occur in agriculture over the next 20 years than the previous 1,000'