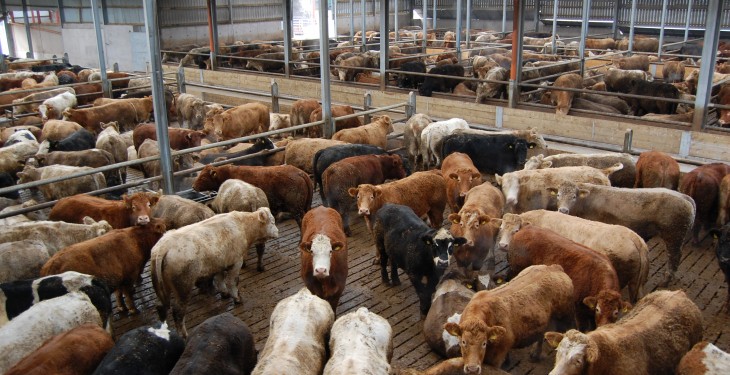 The deadweight trade for prime cattle continued to come under pressure in Northern Ireland last week, according to the Livestock and Meat Commission (LMC).

R3 steer prices averaged of 315.1p/kg (437.5c/kg). This was a 5p/kg decline from the 320p/kg paid for R3 steers the previous week and is the lowest equivalent steer price paid in Northern Ireland since October 2011.

LMC is confirming that the major processors in the north have reported steady supplies of prime cattle coming forward for slaughter in recent weeks. This has been combined with weaker demand for beef from their major retail customers.

There has been a notable increase in the carcase weights of prime cattle being presented for slaughter in the north, as well as an increase in cow throughput in recent weeks.

The combination of these factors has helped maintain beef throughput in Northern Ireland plants and put pressure on the deadweight trade for prime cattle.

Reports from Britain have also indicated steady supplies of prime cattle coming forward to meet demand for beef. Reports confirm adequate supplies of meat being held in storage to meet any increase in retail demand.

This has resulted in the deadweight trade for prime cattle coming under pressure in Britain over the last few weeks. However, the decline in deadweight prices has been less notable than that recorded in Northern Ireland.

For the period, January to May 2015 R3 steer prices in Northern Ireland were close to the average R3 steer price in Britain. But the price differential has gradually widened since the beginning of June.