Dairy focus: Thinking outside the box in Co. Kilkenny 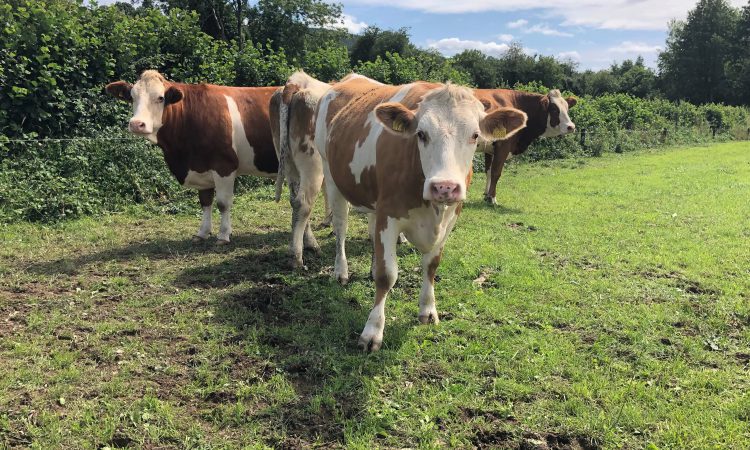 Jason Doheny – along with the help of his father Keith – is in the process of converting his whole herd of Holstein-Friesian cows to a 100% Fleckvieh herd – subsequent to importing a batch of Fleckvieh heifers from Austria this year.

Farming just outside Ballyragget, Co. Kilkenny, Jason has only recently entered the dairy scene – after taking on a leased block of land this year.

“The farm came up quick enough, so I bought stock off a guy I was working for; but I intend on switching it to a 100% Fleckvieh herd,” explained Jason.

The farm is currently stocked with 50 Holstein-Friesian cows – which Jason bought as in-calf heifers and cows – along with 10 purebred Fleckvieh cows and a Fleckvieh bull. 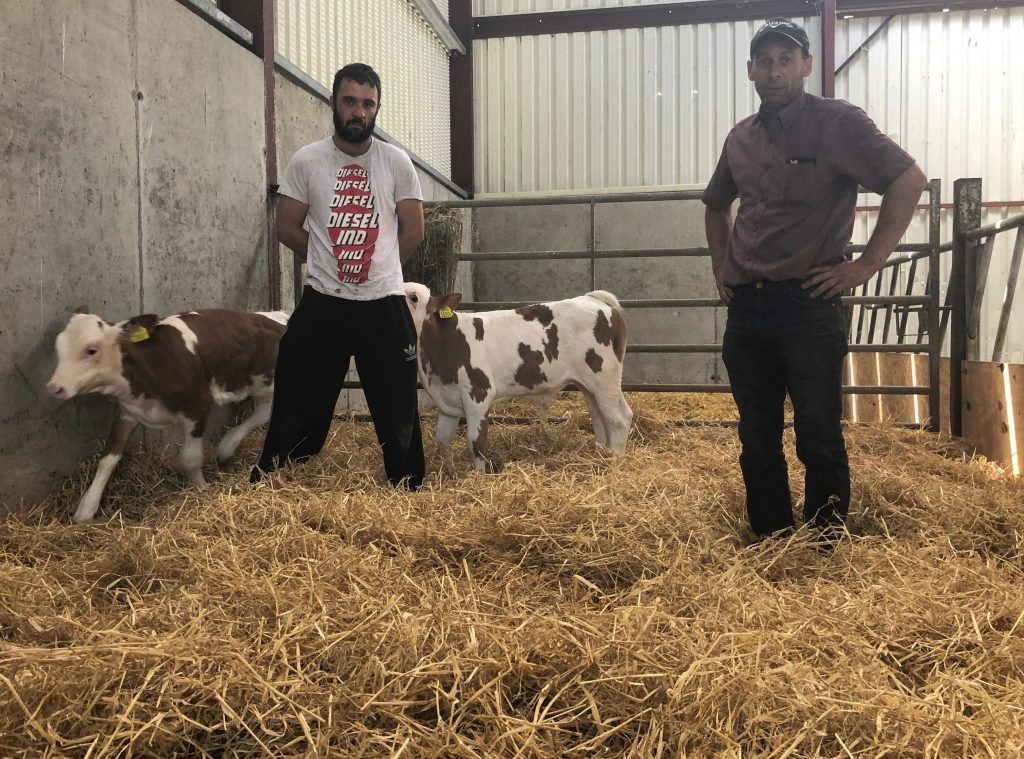 “In January, the Fleckvieh heifers came in from Austria and the bull was bought in Co. Tipperary; he came in from Germany.

“The cows have all been bred to Fleckvieh; but, in the future I would like to milk a 100% pure Fleckvieh herd here,” said Jason.

For those who aren’t familiar with the Fleckvieh breed, they are in fact a dairy Simmental and are recognised internationally as a single breed, similar to how Holstein and British Friesian operate.

Austria is at the centre of the Fleckvieh’s domination in Europe, with 90% of its dairy herd being pure Fleckvieh. They are also, reportedly, the number “one dairy cross used in the Netherlands and also in Northern Ireland”, according too Celtic Sires.

“They are very fertile animals; on average, it only takes 1.8 straws to get them in calf. 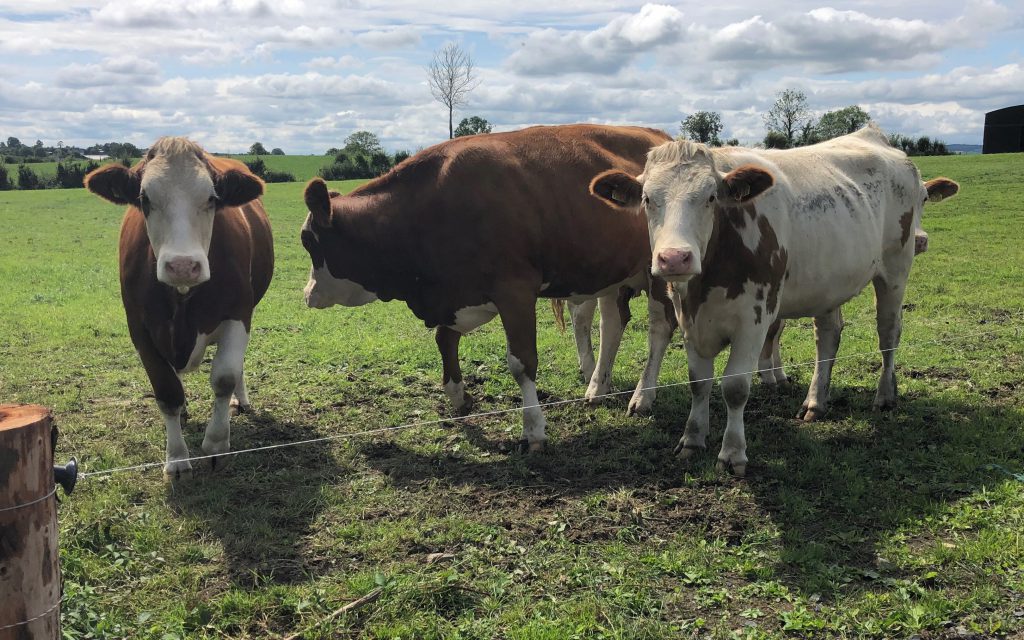 “They seem to last longer too; the average lactation of a Fleckvieh is eight lactations. They have much lower replacement rates in Austria compared to here, so that must mean something,” highlighted Keith.

The Fleckviehs are also extremely docile animals. During the farm visit, you couldn’t stand in the field without one of them coming over for a scratch.

“They are the quietest cows we have ever had around the place. When we started off milking it was hard enough to get them into the parlour because all they wanted us to do was rub them,” said Jason.

The Fleckvieh breed – a previously uncommon breed in Ireland – is starting to become more popular. There are now a number of pure Fleckvieh herds milking in Ireland.

Mentioning how he came up with the idea to have a pure Fleckvieh herd, Jason said: “I was working for a contractor who is milking a herd of about 60 Fleckvieh cows; who is going all purebred this year. 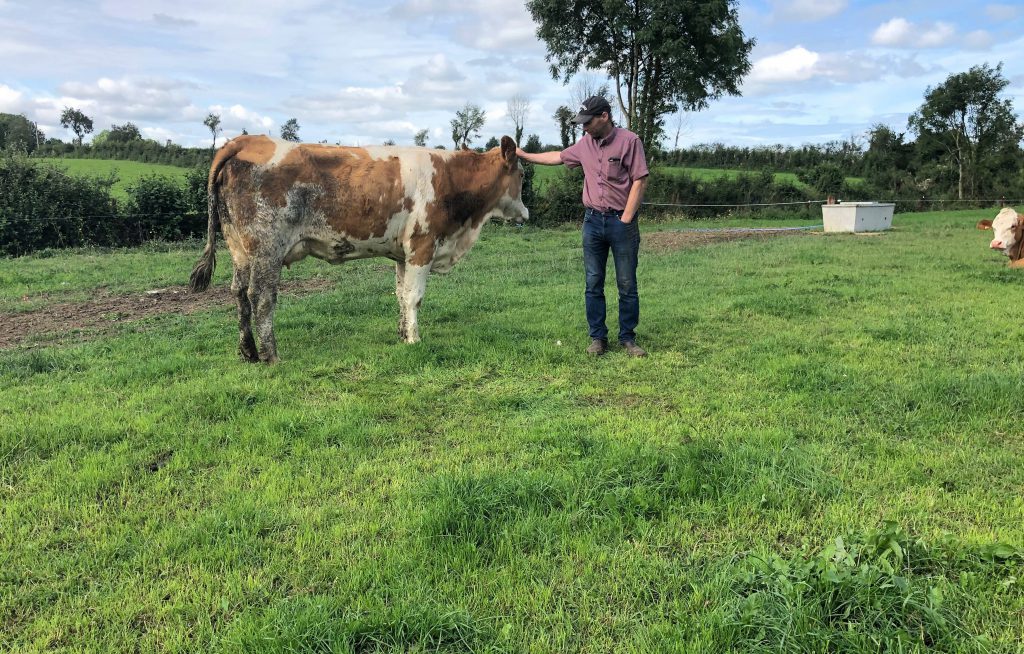 “We were doing silage one day and I was looking at the cows; I just thought that’s what I want. So, we done some research and said we would go over to Austria to pick out a few and bring them home.

“We are very happy with them; so now we’re going to go completely Fleckvieh. There is nothing wrong with the Holstein-Friesian breed, but that’s just the way forward for us,” he added.

“The calf was the real reason and it is going to be a small enterprise here, so profitably is everything.

“The way Friesian calves are going you’re going to get nothing for them. At least with the Fleckviehs, you have a good calf and good solids; so you have it both ways,” highlighted Jason. 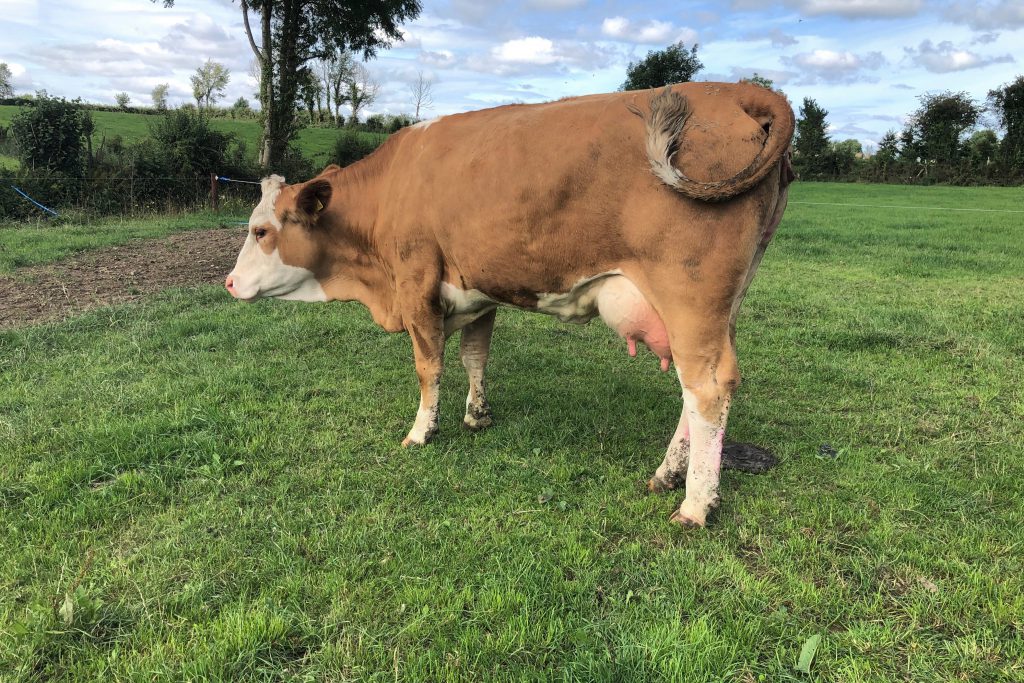 “There is no way a Holstein-Friesian would reach that as a first calver. Every one of them has a somatic cell count (SCC) under 46,000 as well.”

A further reason was the value of the cull cow. Both Jason and Keith felt that the culls from the Fleckvieh herd would be much more valuable than the culls coming from a Holstein-Friesian herd.

“I asked them over in Austria what they were grading in the factory. I know they are all pure Fleckvieh over there, but they are all grading Rs and Us. I would expect you would be getting good R-grades for the Friesian crosses here,” explained Keith.

After getting in contact with Michael Butler, who sources and imports Fleckvieh cattle, they traveled to Austria to try and source some stock for their farm.

Explaining why they decided to go to Austria, Jason said: “We knew how popular the Fleckvieh breed was in Austria and we also approached Avonmore and it said: ‘Austria is the only country free from disease’; so we thought it was the best place to go.

“In January, myself, Jason and Michael went out and sourced some of the first in-calf heifer Fleckviehs. 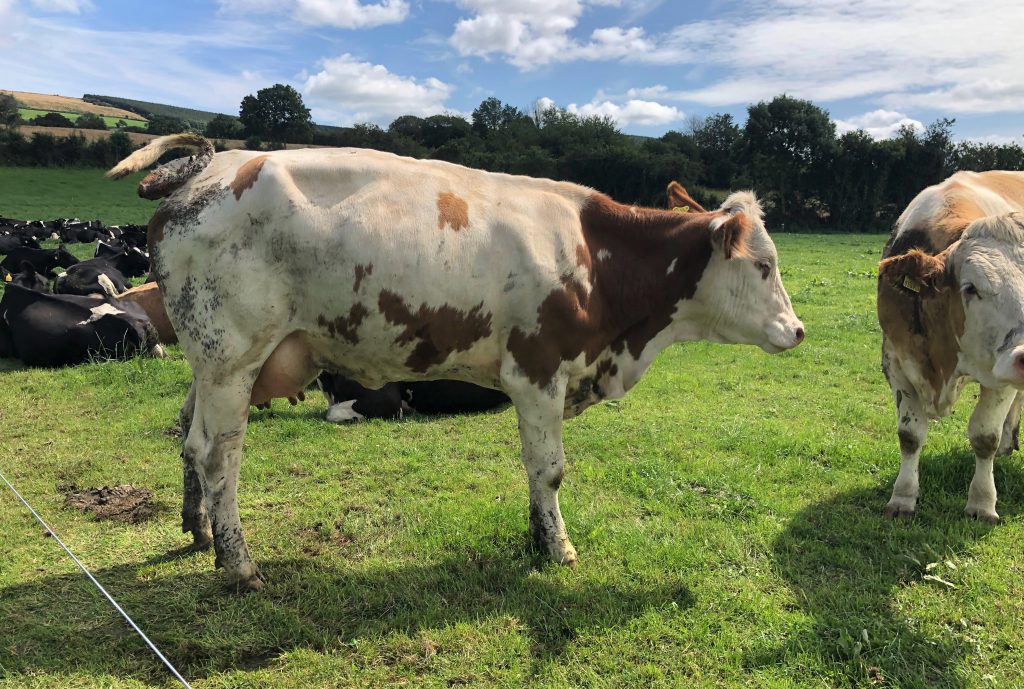 “We went to a few sales, but most of them were bought on farms. We got in touch with a guy, who put us in contact with some farmers who were selling stock.

“We picked them on the paperwork first – which has all the mothers’ production details on it – and then we look at the heifers to see if they are up to scratch.

“With the first batch we bought we were very picky, which stood to us. From the milking recording results, they are now milking between 30L to 39L as first calvers, with the Holstein-Friesians yielding between 17L and 25L,” explained Jason.

All the Fleckviehs bought were in-calf heifers. Most of them have now calved, except for a few late ones which they intend to milk on over the winter.

“They all calved themselves, except the one which had twins; she needed a little help,” said Jason.

Answering the question on what the plan is for the young stock, Jason said: “Well, the bull calves are so valuable you couldn’t let them go for beef. We hope to sell them as stock bulls.”

Some of the calves came polled and Keith noted that “there is now a 70% chance that the off-spring of that calf will come polled – which takes the work out of it”.

Keith, who made reference to the size of the Fleckvieh calves in comparison to the Holstein-Friesian calves, said:

At seven weeks old the gain that the calves have is unreal. If you put a Holstein-Friesian calf beside them that is seven weeks old, they wouldn’t even come near them.

“We have one crossbred out with the others in the field and he is much bigger than the rest. I don’t think we will have any trouble selling them,” Keith added.

In the future, Jason hopes to milk a pure Fleckvieh herd, but admits it will “take some time” to change the whole herd over.

Commenting on the plan from now, he said: “We are hoping to bring another 20 in-calf heifers in in September and calve them down in November.

“We will continue to breed off the Holstein-Friesians but we hope to try and phase them out as we bring in more Fleckvieh stock,” he concluded. 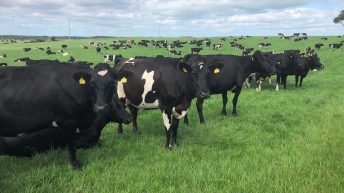 Dairy focus: Starting from scratch and growing to 257 cows in Co. Westmeath