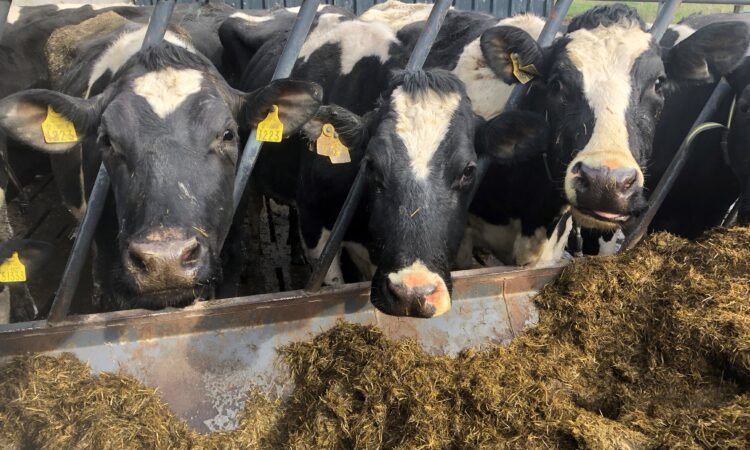 With only 10 weeks left until the month of February, the focus is slowly turning – on spring-calving dairy farms – to getting the cow prepared, in terms of body condition, for calving this coming spring.

The cheapest way in ensuring thin cows reach a target body condition score (BCS) of 3.25 by calving, is drying them off early.

This means, by now, any thin cows calving in February with a BCS of 2.75, or less, should be dried off. This will give them more time to gain body condition over the dry period.

It is important to remember that cows which calve down thin will have increased risks of calving difficulties as well as poor milk yields in the following lactation.

Research by Teagasc shows that every 50kg below target or one BCS will result in 450L less milk in the lactation after calving.

Similarly, where cows calve down fat, they have a risk of getting ketosis and/or milk fever. All having a knock-on effect on a cow’s fertility performance.

Dividing up cows may only be practical when all cows are dried off; however, it is important to be prepared and have a plan in place for when it is suitable.

When dividing up cows they should preferably be divided into three groups: OK; thin; and fat cows.

Although some thin cows (<2.75) may be suitable to go into the OK group if they are calving in mid to late March – or later.

Many cows which have been recently dried off will more than likely fall into the thin (<2.75) category.

The first group of ‘OK cows’ will have a BCS between 2.75-3.25. The majority of the herd should fall into this group. Silage with a dry matter digestibility (DMD) of 68% plus should suffice for this group.

The second group or the ‘thin group’ are cows with a BCS of 2.75 or less. These cows, if calving in February, should be dried off by now.

Some farmers will feed this group between 5kg and 6kg of dry matter (DM) per day along with straw or hay.

The figures below are based on a 10 to 12-week dry period.

Across a longer dry period – greater than 10 weeks – with 68% plus DMD silage, no meals may need to be offered.

It is important to note that in the final 40 days of the dry period no condition is gained as the cows’ intakes drop and puts most feed into the calf’s growth. 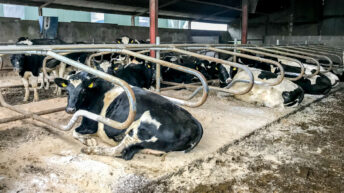 Why is it important to give cows an adequate dry period?