In the third part of the Crops Watch series, a collaborative crop monitoring programme between Agriland, Terrachem and Nolan Farming, we assess the progress of winter barely and wheat crops.

Nolan Farmings’ operation extends to 1,300ac and is totally focused on producing combinable crops. Two such crops grown on the farm are winter barley and winter wheat.

The Quadra winter barley crop, a six-row variety, is shorter than expected on account of the dry weather over the past four-to-six weeks, Terrachem agronomist John Mulhare said.

Despite this, he said, the crop still looks excellent and is showing great potential. Mulhare put this down to the liquid nitrogen applications received by the crop.

“The dry weather over the past four-to-six weeks has helped to keep disease at bay, but it has also meant that the crop is shorter than expected. 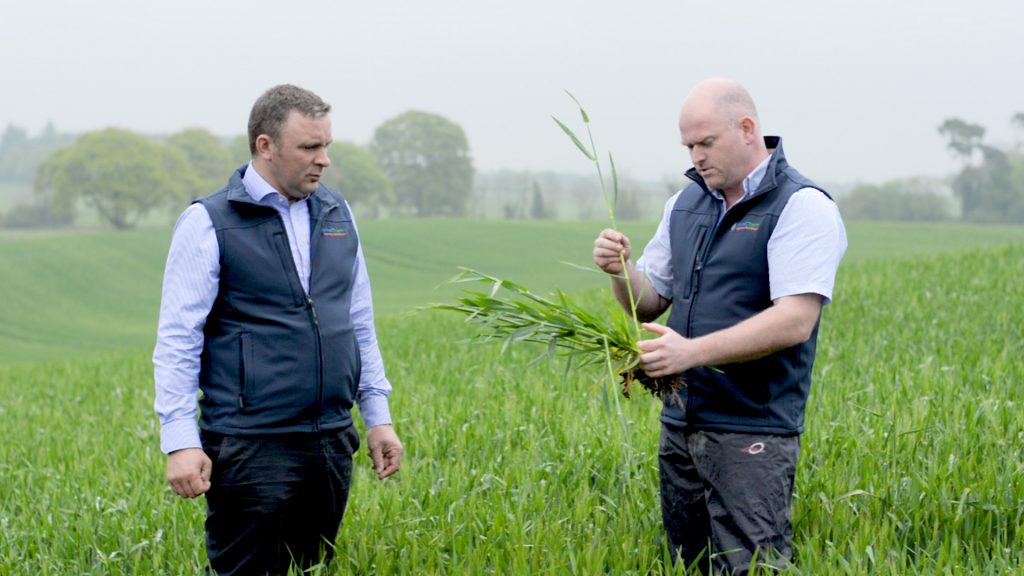 It’s ahead of comparable crops that would have received granular nitrogen applications. This is because the liquid nitrogen was taken up by the crop even in dry conditions.

“The liquid nitrogen application has given excellent responses and its accuracy of application should have saved both the grower’s pocket and the environment through a significant reduction in losses – particularly on the headlands,” he said.

Kevin Nolan of Nolan Farming added: “The rain came at a crucial time. If it had of been another 10 days away we would of had some difficulty.

“All of the crops are looking well and they will get a much needed boost from the rain in recent days.”

The Terrachem agronomist also touched on the spray programme used on the winter barley crop.

“After the T1 spray application of fungicide, Plant Growth Regulator (PGR) and nutrient, the field then got Ally Ultra at 50g/ha five days later to mop up a few volunteer beans and some fumitory.

Terpal was added into the spraying programme to reduce the risk of lodging and brackling, as Quadra tends to grow very tall, Mulhare added. 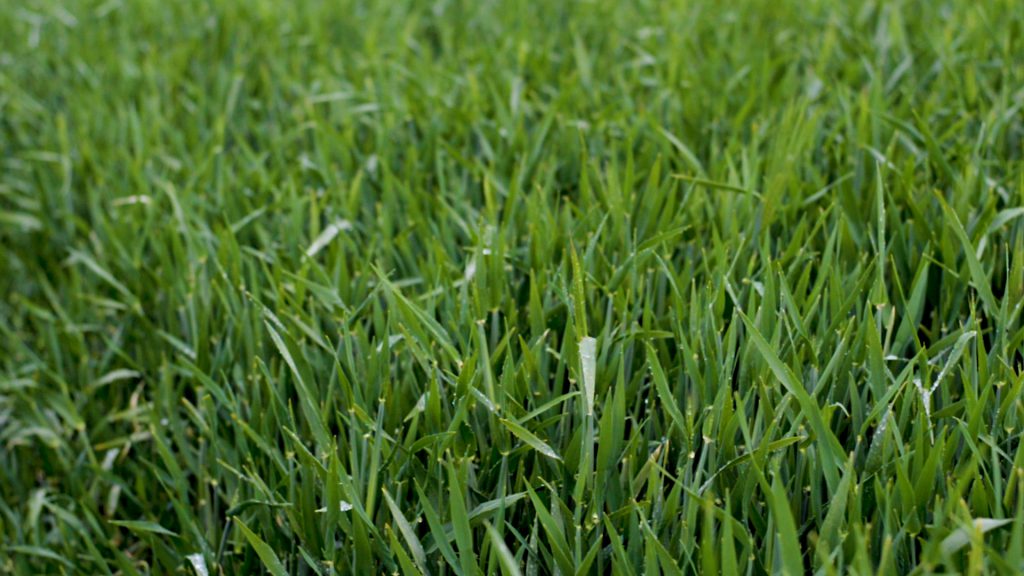 Mulhare also confirmed that the crop was showing some signs of trace element deficiency, but he put this down to the large acreage under the crop.

“Leaf analysis and visual symptoms confirmed localised problems with Manganese and Zinc, hence why Cereal ALOY was added to the spray programme,” he said.

Both Mulhare and Nolan also assessed the progress of a winter wheat crop.

The variety examined was Lilly – a variety that is not as prone to mildew as Avatar. This variety is looked at in the second part of the Crops Watch series.

Both the Avatar and Lily winter wheat crops have received similar fungicide programmes to date.

“The cold weather in late April significantly slowed growth and, hence, the planned T1 application date of April 24 ran into the last few days of the month. 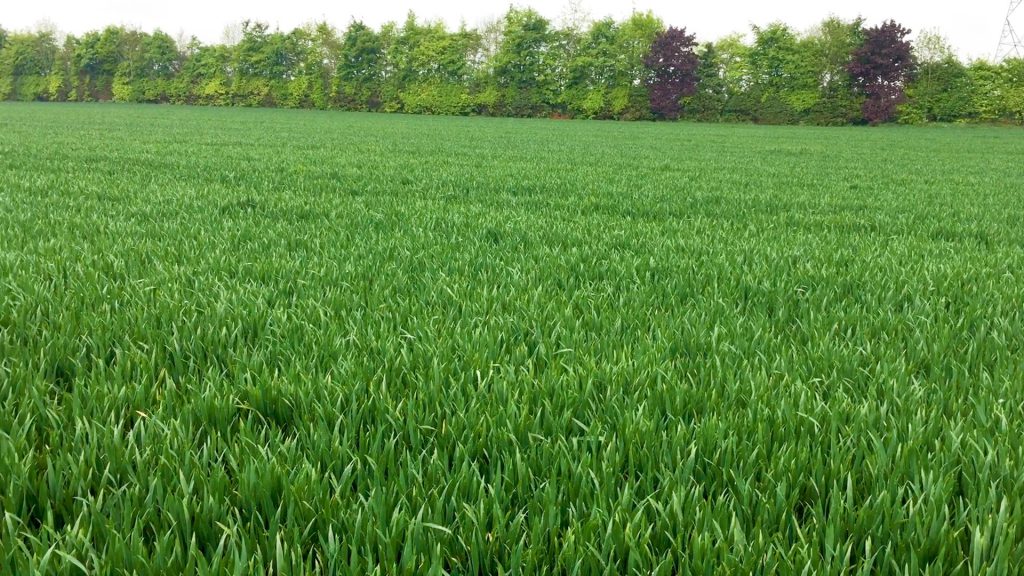 “The Vareon was chosen to partner the SDHI Treoris as its constituents of Prochloraz, Tebuconazole (Folicur) and proquinazid (Talius) deliver optimum efficacy on the various strains of septoria tritici, preventative control of mildew and it also activates the plant’s own defence mechanism against various diseases.

“This can significantly help protect the crop against the constant threat of septoria,” Mulhare added.

T2 application within the next week

Both Nolan and Mulhare identified that the flag leaf is currently emerging from the crop and, as a result, they intend to apply the T2 fungicide within the next week.

Kevin Nolan also discussed how he manages spraying such a large area.

I started spraying when I was 14 and it’s something I am very passionate about.

“It costs so much to develop new sprays and farmers have a responsibility to use them correctly. Sprays are great tools and we have to protect them.”

At present, Nolan is using a Horsch Leeb GS6000 sprayer – a machine that he has been very happy with.

“The sprayer holds 6,000L of product and it also features a 500L wash tank. It comes with a fully stainless steel tank, under-body and cover,” he added.

One of the areas Nolan pays particular attention to is nozzle size. He uses a range of sizes to ensure his spraying operations are accurate.

“I use a multitude of nozzles depending on the weather and the crop type. At a touch of a button I can change the nozzles being used while sitting in the tractor cab.

I am aiming to use a 0.3mm flat-fan nozzle to apply a fine spray during the T2 and T3 fungicide treatments.

“I am also using 0.2mm nozzles that are spaced at 25cm apart. This follows work carried out in Germany where they found that such a nozzle can deliver a finer spray with better coverage.

“Hopefully, this will give me more spraying days and better crop cover,” he added.

Nolan’s Horsch sprayer also features six sensors on the booms, which help to keep the sprayer at the right height above the crop at all times.