In the second part of the CROPS WATCH series, a collaborative crop monitoring programme between Agriland, Terrachem and Nolan Farming, we take a look at the progress of winter barley and wheat crops.

Terrachem Agronomist, John Mulhare, has confirmed that both winter barley and wheat crops continue to show great promise across the country.

“Mildew continues to be an issue in barley crops.

“However, septoria is prevalent in most wheat crops at lower levels within the crops. This disease can quickly spread to the active growing tips of plants if not tackled quickly and effectively.”

Host farmer Kevin Nolan, of Co. Carlow-based Nolan Farming, explained that all of this year’s winter crops are well ahead of what would have been the case in 2016. 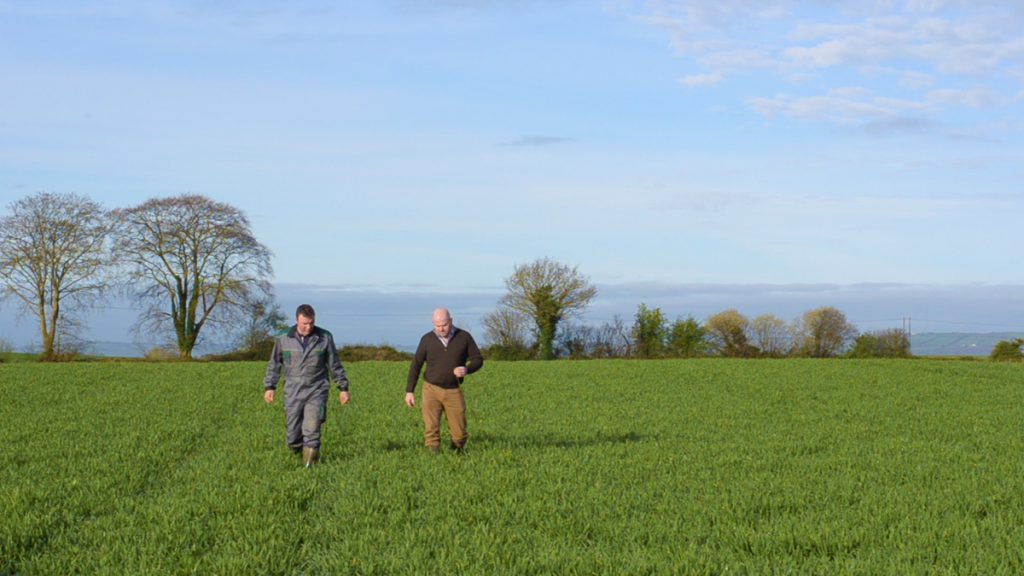 “The fertiliser programmes are totally up to speed and the focus over the coming weeks will be to get on with the spraying operations, in line with crop requirements.

“The aim is to maximise the performance of all our crops.

This entails meeting their nutritional needs in full, while ensuring that the threat of disease is dealt with in the most effective way possible.

On the progress being made with spring plantings, Nolan said that all of his spring barley acreages have been sown. 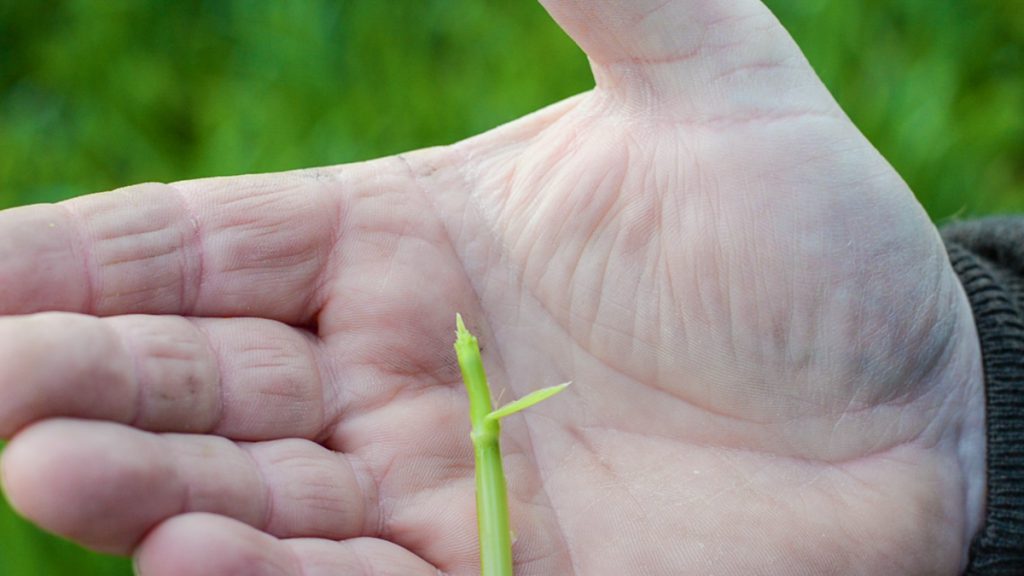 “I opted for the variety Planet this year.

“This just leaves the spring rape acreage to be sown out over the coming days. The crop is split 50% for seed and the rest is harvested for commercial use,” he said.

All of the winter wheat acreage at Nolan Farming received a T0 fungicide application at the beginning of April.

“Fielder was the product used, applied at a rate of 1.5L/ha,” said Mulhare.

“The decision to use Fielder was based on the fact that the variety Avatar has a high yield potential, but is very susceptible to septoria attack.

“Fielder is also very effective in tackling mildew infestations. The active agents are chlorothalonil and Talius, which is a uniquely effective source of the mildewcide proquinazid.”

Looking ahead, Mulhare said that the T2 fungicide spray is the one that will be most effective in protecting crop yield.

“But that’s only if the T1 spray has done its job properly. So, in terms of putting in place an effective spray programme, it’s very much a case of working back from T2. 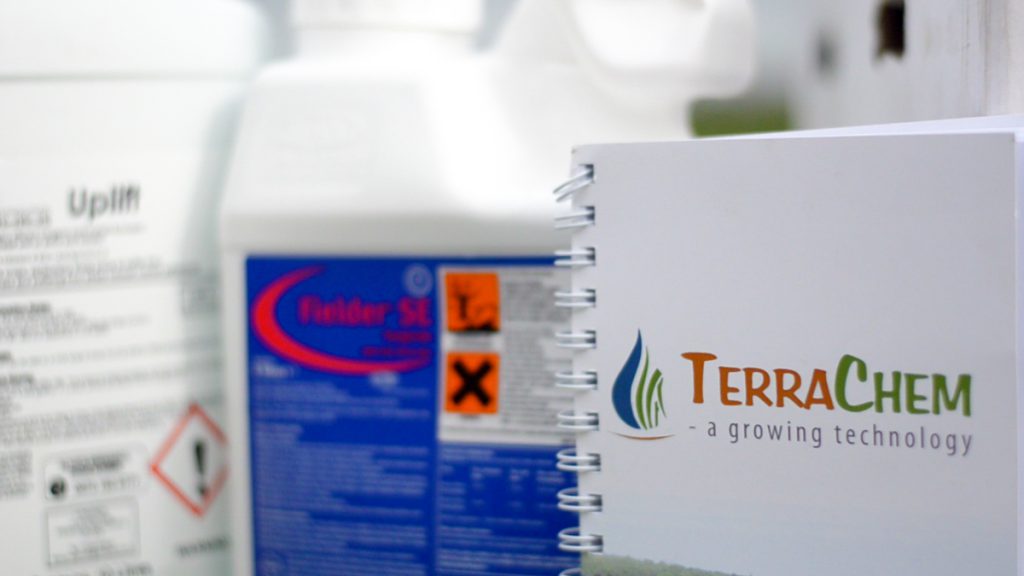 We are currently projecting flag leaf emergence in the wheat crops at Nolan Farming to happen around May 15.

Mulhare said that the fungicide component of the T1 spray used this year at Nolan Farming will comprise a mix of Treoris at 2L/ha and Vareon at between 1.0 and 1.25L/ha.

“The inclusion of Vareon is a response to the decision made by Nolan to sow the variety Avatar last autumn,” he said.

Treoris is a formulation containing an SDHI plus chlorothalonil, and controls a range of diseases in cereal crops.

Also to be included in the T1 mix is the growth promoter Uplift, a pyra glutamic acid or (PGA). 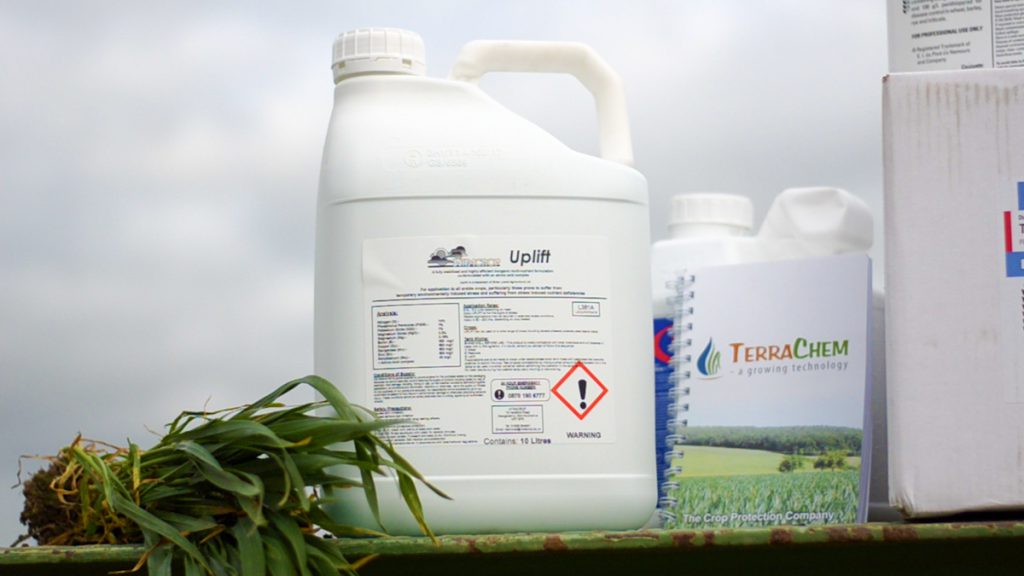 “The active ingredient here is glutamic acid,” he said.

“Extensive trials carried out by Terrachem have confirmed that Uplift will enhance winter wheat yields by up to 0.75t/ha. The equivalent figure for winter barley is 0.5t/ha.”

The last week has seen all the winter barley crops at Nolan Farming topped up to a combined level of 160kg N/ha with a liquid application, supplied by Grassland Agro.

“This is not a foliar application,” Mulhare explained.

It is applied using a dribble bar and deposited on the soil for root uptake. The plan is to apply a further dressing of nitrogen over the coming days, so as to maximise crop yield. 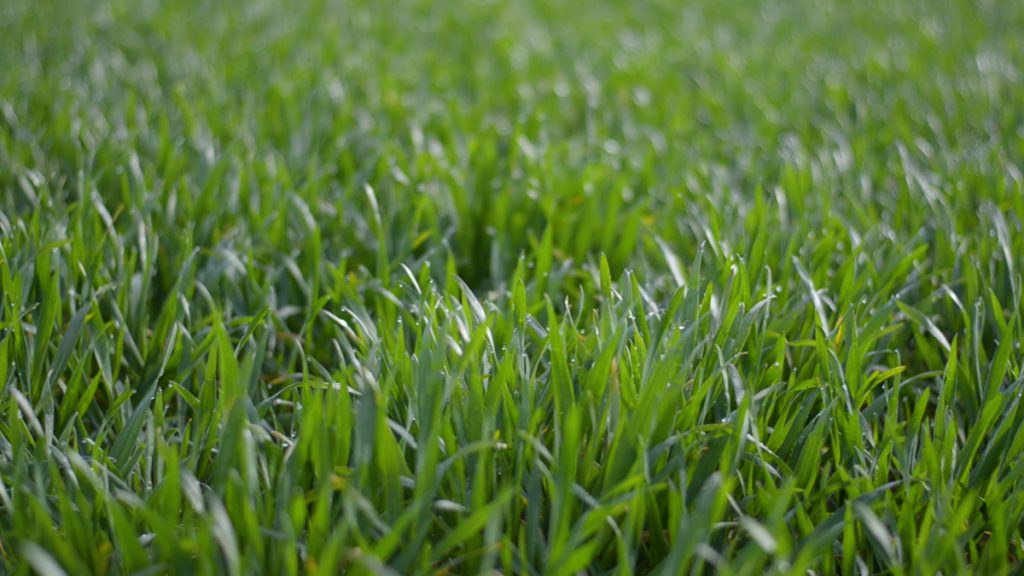 Commenting, Nolan said that he was impressed with the impact of the liquid N dressing.

“It will be interesting to see how the barley responds over the coming days.”