Could NI’s AD industry be used as a pilot for nutrient management?

And the region could even have potential to become an exporter of phosphorous – should farmers begin to take steps to strip nutrients out of their digestate.

Dr. Gary Lyons, AFBI (Agri-Food and Biosciences Institute) spoke at the event in Belfast run by the Anaerobic Digestion and Bioresources Association (ADBA).

He explained that stripping nutrients such as phosphorous and nitrogen would solve overloading problems but also had the potential to become an earner for the region.

The biogas industry is already worth more than £28.5 million a year to the region with digesters producing a combined 22.8MW of electricity each year.

Lyons said: “More than 50% of our intensive livestock sector has ‘high P’ soil indexes, which are continually being loaded with phosphorus and there are now environmental concerns around this.

Over 50% of the phosphorous that comes into the farm stays on the farm and this then needs to be managed in slurries, manures etc. A lot of this goes onto ‘high P’ index soils which don’t actually need the phosphorous.

Lyons explained how the phosphorous levels had dropped until 2014 when the use of bagged P fertiliser increased, but said there were opportunities in nutrient management for the region’s farmers.

AFBI has recently invested in a new nutrient management centre and AD plant in Hillsborough.

The organisation is in the process of installing two separators at the site.

‘Waste is an old-fashioned term’

He said: “The worry is that higher phosphorous in water bodies leads to lower water quality.

“We want to address this by removing phosphorous from our slurries and digestates, using separators, therefore sending out less slurry to our land.

“The overall aim is to reduce P-loading on our farms. I think ‘waste’ is an old-fashioned term – I think we are managing our resources here. 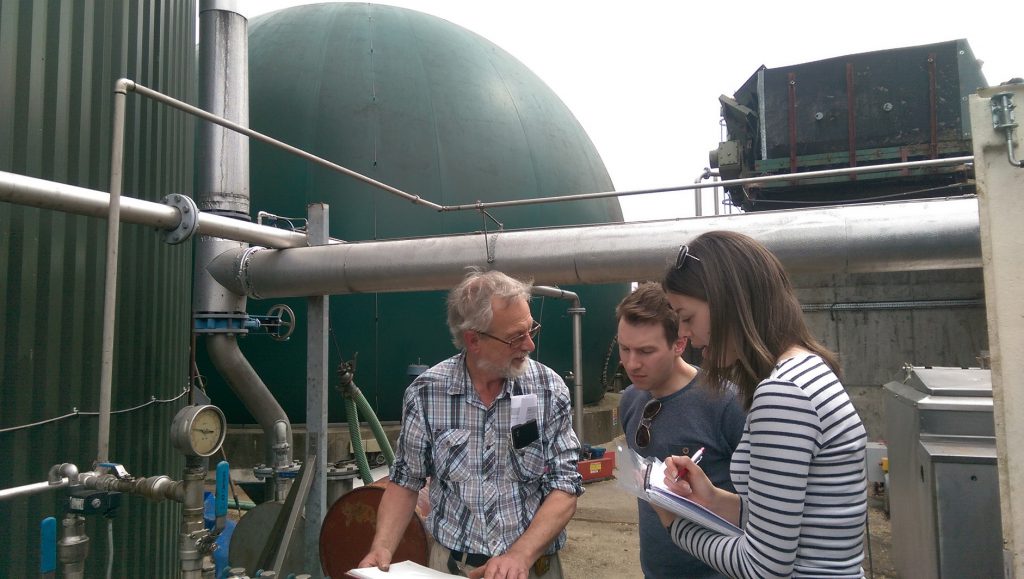 “We have to identify cost-effective technologies for digestate management – are there technologies out there that we could employ? Can we create value chains around exporting our digestate or separated digestate fractions? This is going to be very important going forward.

“Could the local AD industry be used as a pilot for more effective nutrient management?”

Northern Ireland has become a key area of growth for the AD industry.

The North has more digesters per person than England, Scotland or Wales.

Lyons said better application methods would also solve some of the problems.

“If we go down the route of mechanical separation of digestates we can separate out solid fibrous fraction and, for example, this could go back to arable land as a fertiliser,” he said.

“A lot of on-farm AD plants have excess heat which they don’t use so we could also look at drying and pelleting the material, that could be bagged and used as a soil conditioner.

“Having the correct amount of landbank available to spread diluted nutrients over is a big problem. If you have fields which are high in phosphorous, do you look at exporting that off the farm – it happens already but can we look at a more effective way of doing that?”