Beet is coming back. Quotas are gone and BEET Ireland has a site for its proposed plant.

This is the message from one of the directors of BEET Ireland, Simon Cross, who spoke to AgriLand at Sunday’s (October 8) Cross Agricultural Engineering open day.

He was enthusiastic about the prospects for the beet industry in this country.

There will be a future for beet in Ireland.

“An offer will be made to farmers within the next year; to see whether they want to build a sugar factory or not.

“You can’t build a sugar factory without a product being guaranteed for a length of time, so it will be offered to farmers within the coming year. If they wish to do it, then it will be progressed further.”

BEET Ireland was established back in 2011 with plans to provide feed for the dairy, beef and sheep sectors, refined sugar for the food and drinks sector and bioethanol for the fuel and alcohol sectors.

The organisation has made a number of calls to government to back the re-establishment of the Irish sugar beet industry. The Kildare man wasn’t forthcoming with details of the proposed processing plant, but he did state that the group is actively seeking a site.

“We’re not at liberty to say at the moment but we’re certainly looking at farms [sites] for a plant; we have one delegated farm but it’s taken longer than we thought to get it.” 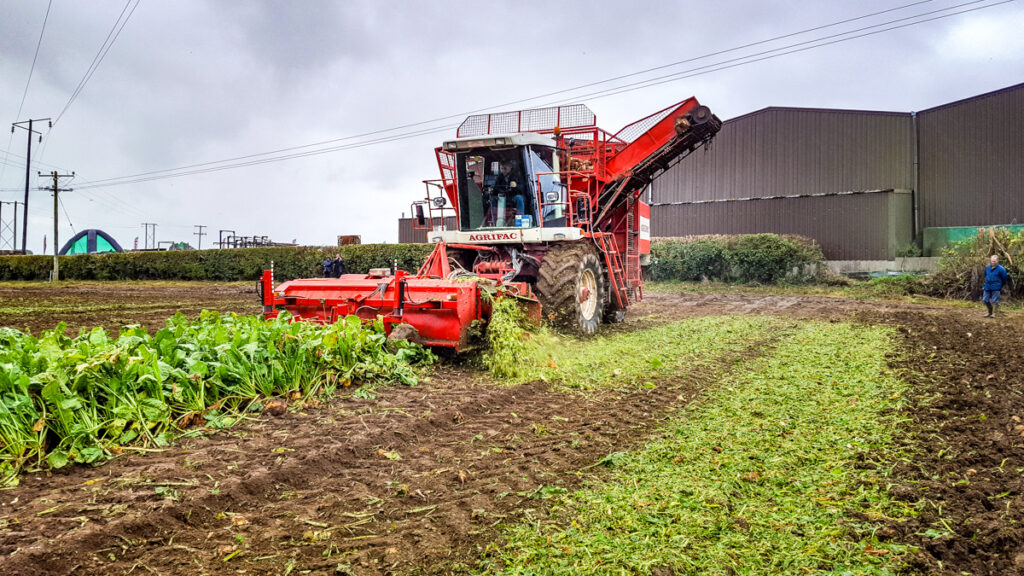 Cross is under no illusions that the number of farmers interested in re-starting the sugar beet industry has dwindled.

Two years ago there were a lot of farmers that wanted to go back to growing beet. It has fallen off a little bit since but, having said that, the quotas have only gone this September – so now we’re free to do whatever we wish.

Cross admitted that he isn’t an expert in beet [crop husbandry] but is investing in trials; ten different beet varieties were harvested at Sunday’s open day.

“I’m not an expert but we like to know what the best beet is, so that we can talk about beet to farmers and be able to talk about weed control and things like that.

“At the moment 80% of our beet equipment goes abroad. Germany and the UK are very good to us. We export mainly washing and de-stoning equipment.”

The drill filler, which also serves as a chaser bin, was a big attraction on Sunday.

The drill filler and chaser bin is purely for foreign markets. We will sell a number in Ireland, but that’s nearly saturated now. We have four in Ireland at the moment. So I’d say we have the market full.

“There is a smaller one of course – a 25t version. There’s even a 16t model. But the big bin is [just] for the foreign market – the Ukraine, Russia and America. Everyone in America has a chaser bin.

“Our first big outing with the bin will be Agritechnica this year. We’ve had to design and develop the product; put it on the market for two years here in Ireland and the UK and make sure all of the problems are solved before bringing it to other countries.”

“Tillage is not good at the minute, but we can’t have it good every year,” he continued. “Machines wear out, so people have to change.

“We had TAMS (Targeted Agricultural Modernisation Scheme) come in this year; that was good to us. It came a little bit late but we’re reaping from it now. Farmers can get 40% grants – or 60% if they’re young farmers. I wish we got 60% grants in our industry.” 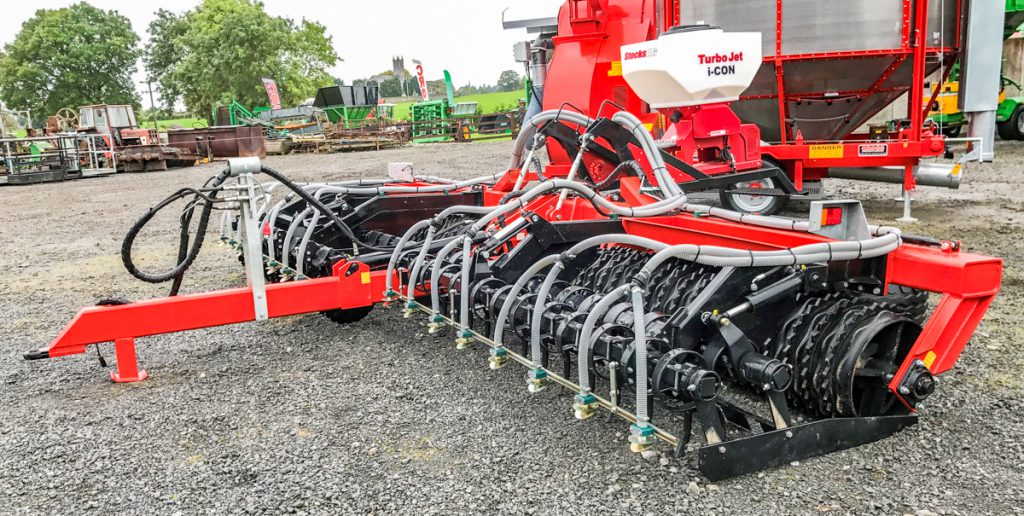 “We put on the best display possible. It doesn’t just come around in a week or two. We sowed the beet last April. It then had to be looked after. There are ten different varieties of beet on-site. You could see all of the different things – harvesting in the field and even a look inside the workshops.”

Simon Cross is one of six directors of BEET Ireland, along with Michael Hoey, Chris Harman, Pat Cleary, Jim O’Regan and Brian Arnold.