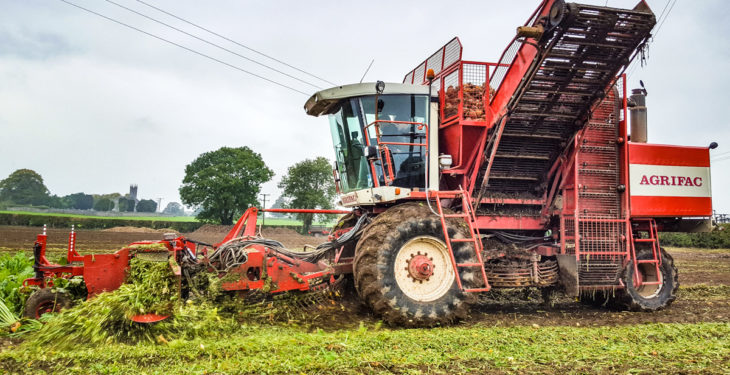 Front and centre at the event was the company’s beet equipment, including choppers and cleaner-loaders. Two fields alongside the factory played host to a working demonstration, in which a trailed twin-row, tractor-drawn Armer harvester and an Agrifac WKM 9000 self-propelled, six-row machine were working.

The Armer machine was coupled to a New Holland T7.230 – re-badged as a TW-230 to celebrate the bygone Ford TW models of yesteryear (a ‘Grassmen’ initiative). 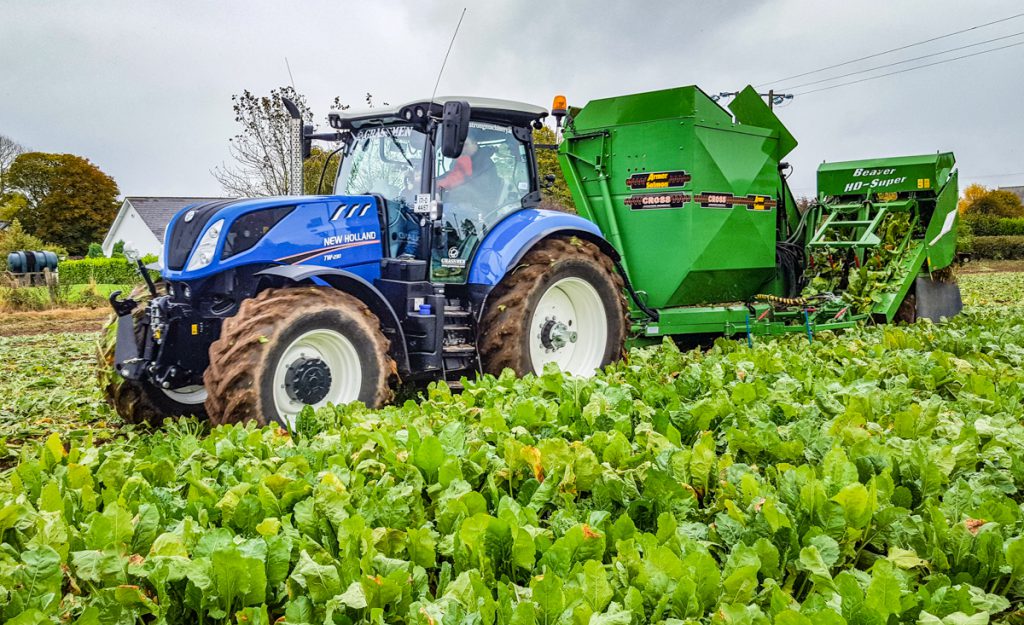 In the front yard, there was a beet processing demonstration, in which a huge Cross ‘Elephant’ beet washer was gainfully employed.

This machine was first designed for the European bio-gas market. It, according to the company, uses a combination of patented cleaning and chopping elements to “deliver a quality, clean sample of beet”.

The Elephant can be used to ready beet for use as either cattle feed or for anaerobic digestion. This washer also has a pre-cleaning feature, which is designed to help the water last longer during each cycle.

The company also says that the Elephant can “remove 100% of the stones from the beet”.

Power is courtesy of an on-board JCB engine. Output, when washing only, is reportedly up to 80t/hour. When washing and chopping, this drops to 60t/hour. Unladen, the machine weighs 13.5t. It spans 14m in length.

On display, there was a sizeable selection of Cross-manufactured machinery, including slurry tankers, agitators, muck spreaders, ring rollers, cultivators, roller mills (and crimpers) and more besides. There were also products on display from outside companies.

Visitors to the open day also had the opportunity to roam around the factory, in which the company’s surprisingly diverse line-up of products are fabricated. 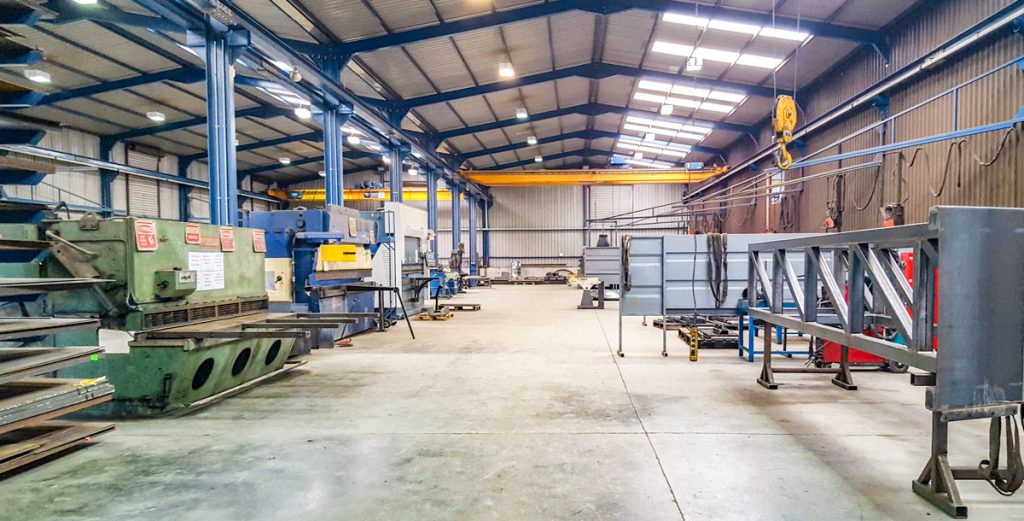 Taking pride of place in the final assembly area was a giant, tri-axle split chaser bin / drill filler (below). Interestingly, one of the first of these units was sold to Dublin-based Country Crest. Another has since been purchased by the Cooney Furlong Grain Company – from Co. Wexford. 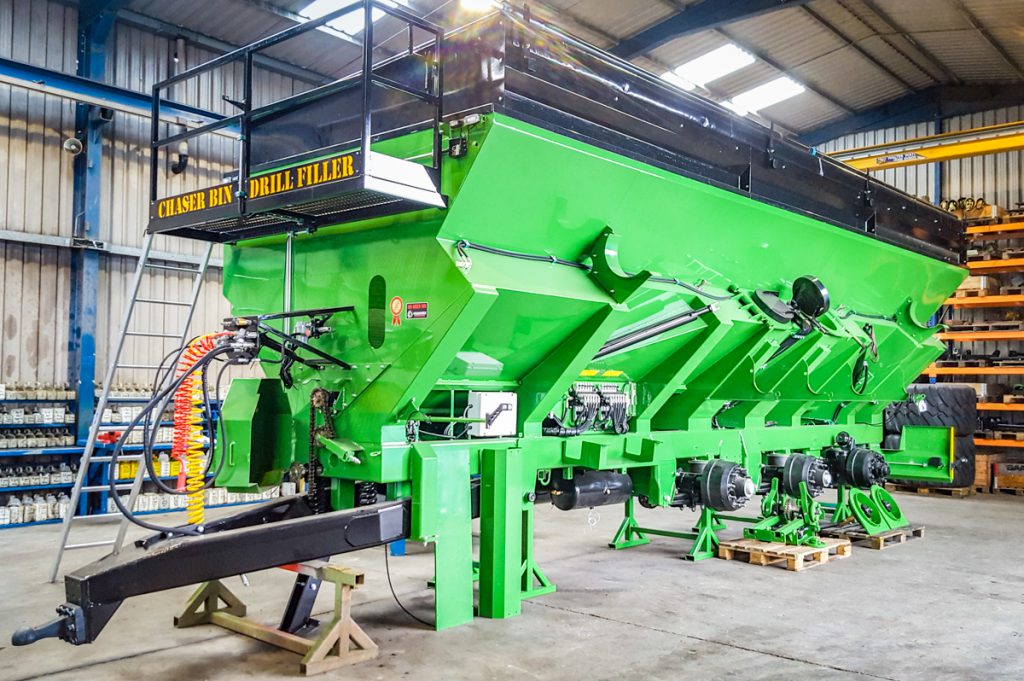 One of the most eye-catching sights lurked deep within the factory. It (pictured below) is still a ‘work-in-progress’. The cab (pictured separately) will shortly be attached – to sit astride the body of this curious beast.

Do you know what it is? Or, indeed, what it’s for? Stay tuned to AgriLand for a detailed report on this contraption. 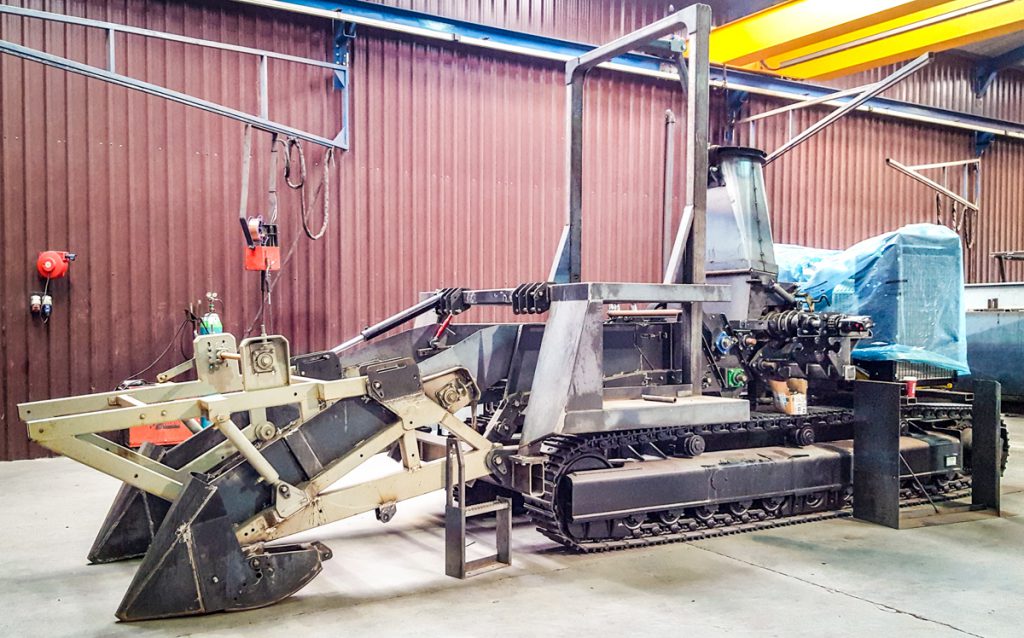 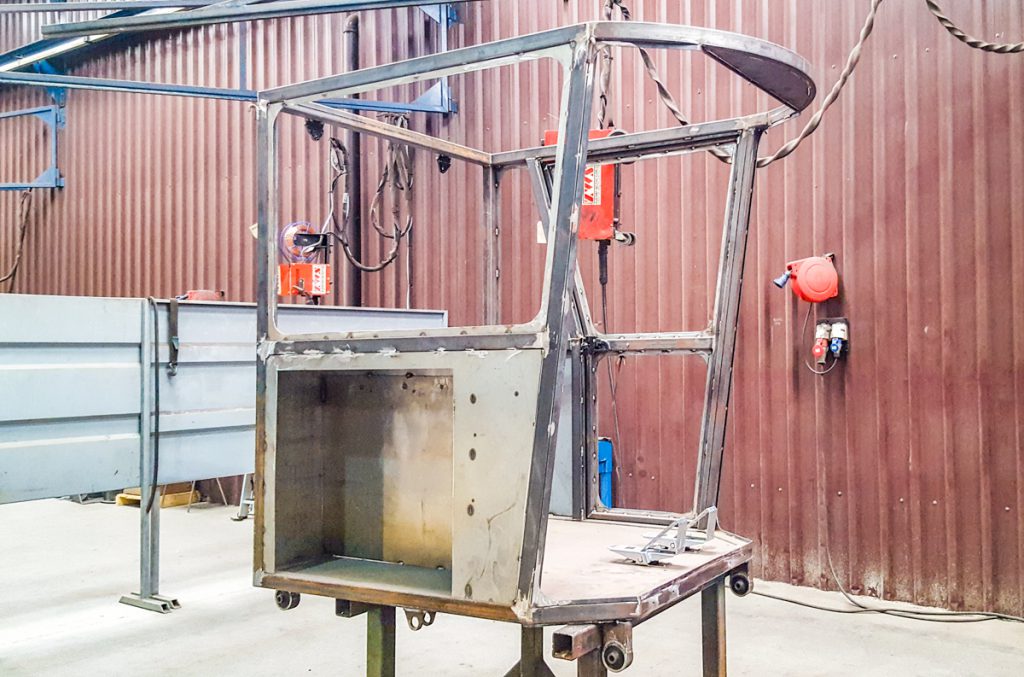 Out in the field, the Agrifac WKM 9000 self-propelled beet harvester was one of the star attractions. It’s a six-row machine, which employs vibrating shares to extract the crop from the ground.

Immediately behind these shares is a pair of lifting turbines, which span 1.4m in diameter. The subsequent cleaning turbines – of which there are three – have a similar diameter.

The tank can hold up to 9t of beet; the machine’s maximum unloading height is 3.9m.

The machine is home to a hydrostatic transmission. Field range runs from zero to 10kph; road range runs up to 25kph.

The front and rear wheels each run on separate paths – to minimise rutting.

The harvester in action at Rathangan yesterday was not new; it was a 17-year-old unit. It is owned by Cross Agricultural Engineering.

The origins of Dutch firm Agrifac stretch right back to 1938; that’s when ‘Centraal Bureau’ started to sell sugar beet equipment. The following year, potato sprayers were added to the mix.

By 1957, it had started selling sugar beet harvesters. Five years later, its name changed to Cebeco.

1986 saw the introduction of the all-new ZA3300 sprayer, with a working width of up to 33m and a 3,000L-capacity tank. Three years later, Cebeco changed its name to Agrifac-Cebeco. In that same year, the ZA215 was launched – the company’s first twin-axle, self-propelled sugar beet harvester.

By 1994, a further name change was brought to bear – the trading name was shortened to just Agrifac (the Cebeco name disappeared). 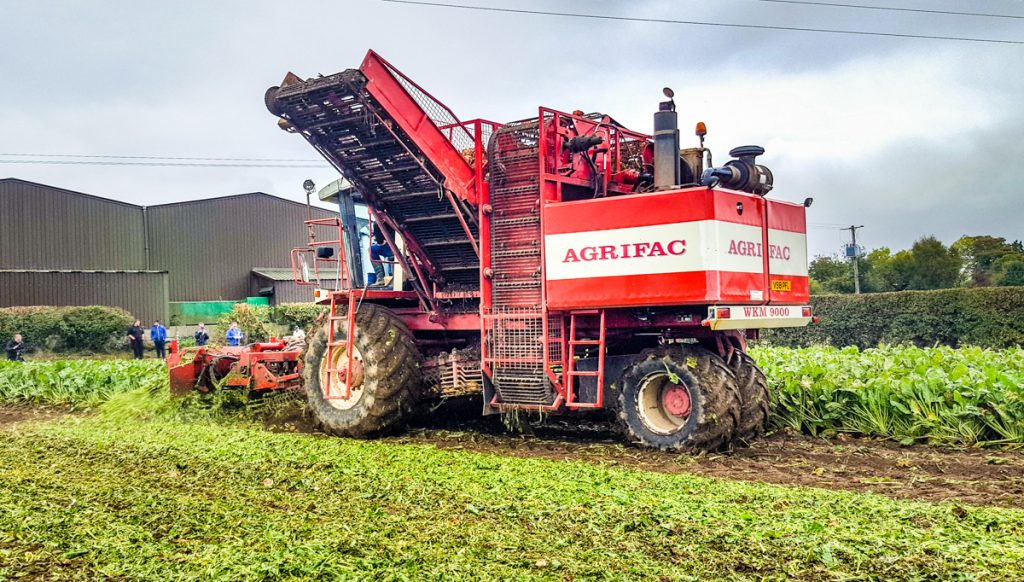 In 1998, a new, larger ZA3400 sprayer arrived on the scene; its production run would continue right up until 2011. It was exported to over 25 countries.