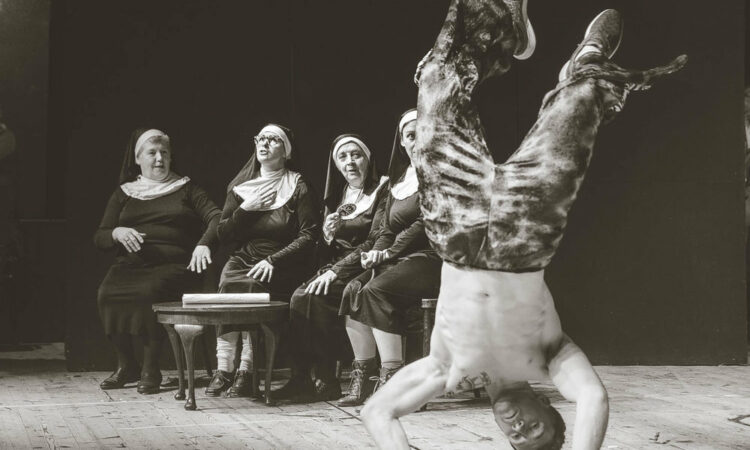 Farmers and people from a whole range of other walks of life in Ballyfin, Co. Laois, are preparing to play a dramatic part in community life. Their aim is to keep the area’s strong amateur drama tradition alive.

“The idea emerged from some parents of students in my speech and drama school, expressing an interest in ‘treading the boards’,” said Frances Harney, the driving force behind the initiative.

“That was in 2013, with a play called ‘Anyone can Sing’. Every year I have written, what has now become known as ‘the parish play’. People from town and country, young and not so young, come together on Wednesday nights for a 10-week rehearsal period.

“With up to 40 characters together in one room, it’s dynamic; it’s social and it’s always fun,” said Frances.

“‘The Enterprise’ will be our seventh play. The scripts – hot off the press – were delivered last weekend, although rehearsals don’t begin until early January. This gives everyone a chance to read, digest and talk about the plot and explore their characters,” Frances said.

“At the very least, it passes the long dark evenings and at very best, it is a celebration of community achievement. 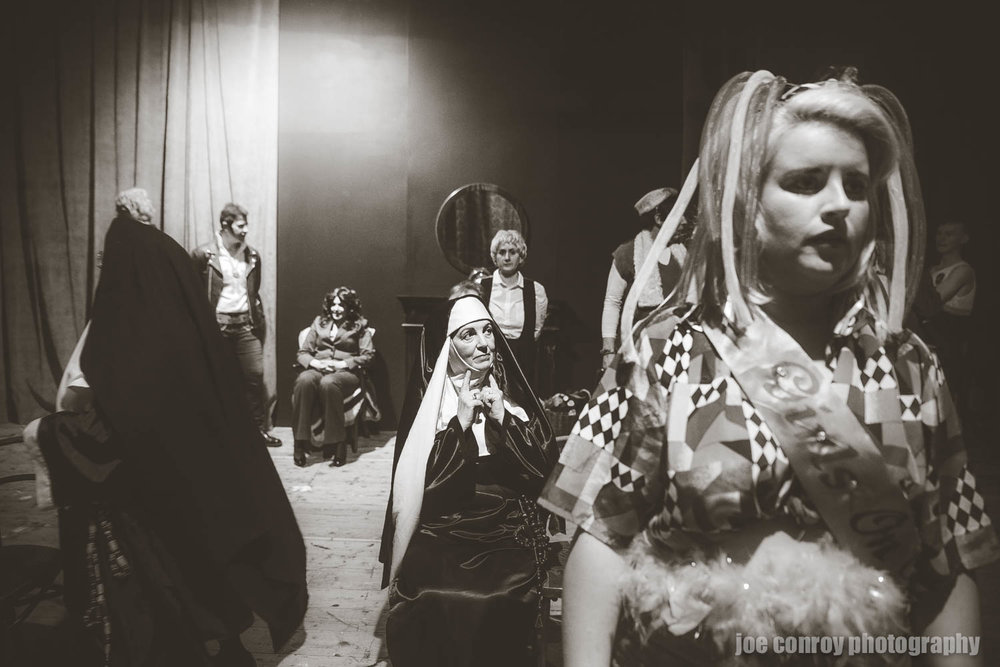 “In rural Ireland the main gathering points for people were the church and the pub. Both have, for different reasons, suffered significantly as places where people meet.

Between 1972 and 2011, weekly attendance at mass has dropped by over two-thirds and, in the last decade, pubs have closed at the rate of more than two a week.

“The result is that opportunities for people connecting with members in their communities are greatly reduced. I feel that community theatre here in Ballyfin goes some way to filling the void. Creating large cast plays about community issues brings up to 40 people together, weekly, during the rehearsal period.

“The annual sell-out dramatic performances in Mountmellick Arts Centre brings together about 1,000 locals to chat, laugh and share a unique and relevant rural experience,” Frances said.

There are also dramatic goings-on in Wexford. Denise Moules of Coolgreany Drama, which is celebrating its 10th anniversary, said that amateur drama plays an important role in bringing people of all ages together.

“We are rehearsing for ‘Juno and the Paycock’ at present and people who are not involved in the play come down and make tea and have chats. Local Macra members are a great help in selling tickets, and older people in the area are very supportive.

“People love the plays and many carpool to attend them. They provide a great night out that is cheap and not centred around a pub. The whole process of staging the plays provide an outlet for people, including those living alone, to get together. It’s great.” 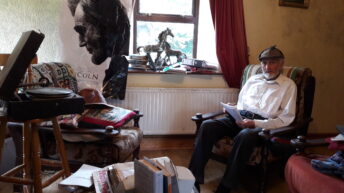