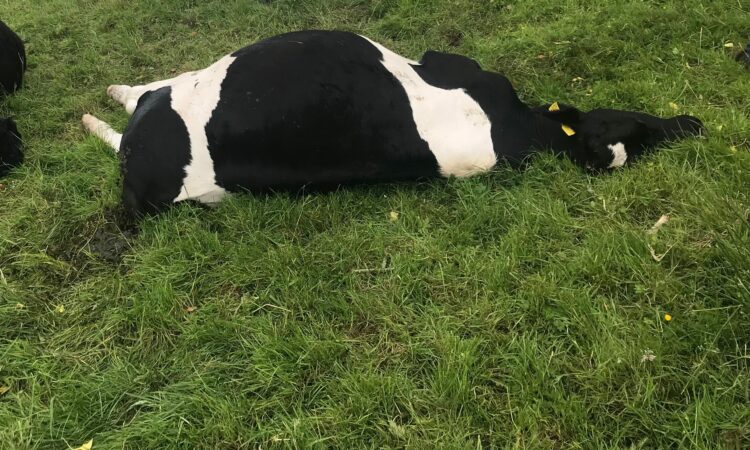 Last Thursday evening (June 14), Cavan farmer Vincent Crowe and his young son were finishing work in their farmyard when they noticed that a power-line was hanging rather low.

It was late in the evening so Vincent and his son agreed they would check it the following morning to ensure that it was not just a phone line.

On Friday morning, a family member rang Vincent to say the wire was dangerously low so Vincent rang a friend in the ESB to seek advice. He was told to report it as a fallen wire. The ESB crew arrived out to the scene and informed Vincent that three of his cattle were lying dead in the field.

He instinctively was eager to go down to examine the cattle but thankfully was warned to keep well away as the wire was still live.

Speaking with AgriLand, Vincent said he was still in shock about the incident. The cattle were lying dead on the side of a hill.

If I had to have seen the cattle myself, I’d have jumped out of the jeep and ran down the field. I would have been electrocuted.

Vincent said the ESB response crew were from Galway and reminded him of how lucky he was to be alive.

There were three cattle electrocuted in the incident. An Aberdeen Angus bullock, a Moiled heifer (that was Vincent’s young son’s prized possession) and a Friesian heifer.

Speaking about his young son’s heifer he said: “She was a pet to him and he would often go down the field with a bucket of meal to her.

The more you think of the event, it could have been a catastrophe. If I was electrocuted and someone had seen me they would have assumed I had just got weak and came down to me and been killed too.

Vincent claims that the winds of Storm Hector caused the wire to fall. He says his son is devastated at the loss of his pet Moiled heifer. A local vet was called to do a report on the event and to value the animals that have been lost.

It was a lucky escape for the father/son farming duo and a valuable lesson on the dangers of fallen power-lines.

Vincent hopes the wider farming community and the public learn a valuable lesson from his near-fatal experience. 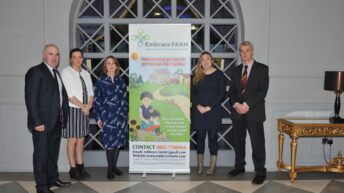 Embrace FARM to host service for those affected by farm accidents