Climate change is having an impact in a wetter, warmer Ireland 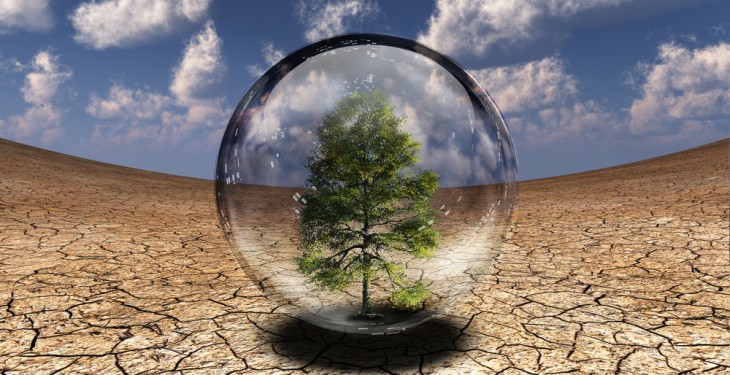 The findings from five Environmental Protection Agency (EPA) research projects on climate change, published this week, examine the impacts of climate change, look at Ireland’s vulnerabilities and set out possible actions to manage its effects.

The reports show that climate change is having an impact in Ireland and this impact will increase over coming decades.

Ms Laura Burke, EPA director general said: “The EPA climate change research programme has supported the development of considerable national knowledge and capability in identifying the potential impact of climate change on our rivers, plants, animals as well as how key sectors such as the water sector could adapt to its impacts.  This is essential to inform the actions required in Ireland’s National Climate Change Adaptation Framework and highlights the important role that research has to play in supporting policy and evidence based decision making.”

Reports on work from five projects were launched this week.

The Hydrodetect project led by Dr Conor Murphy of Icarus at the National University of Ireland Maynooth (NUIM) identified a reference network of river-flow stations for monitoring and detecting climate driven changes in Irish river flows. Analysis of change from the reference network shows an increase in the size of flood events, particularly since the late Nineties for many stations.  The findings show that:

The analysis indicates that these changes are climate driven. Trends in river flows are strongly influenced by the prevailing characteristics of atmospheric circulation in the North Atlantic. The impact of greenhouse gas induced warming on these systems will have major implications for Irish hydrology, water resources and flood management.

Commenting on the work Dr Murphy, NUI Maynooth, said: “In this study we have identified a reference network of river flow stations which are fundamental in understanding the complex changes that are happening in Ireland.  Analysis of this data highlights the sensitivity of Irish hydrology to both climate change and climate variability. It is essential to protect the integrity of these sites and to continue investment in such monitoring.  This can inform future adaptation planning and investment in the areas of flooding and water management.”

A study led by Dr Alison Donnelly in Trinity College Dublin (TCD) shows that the warmer Irish climate has led to a change in the seasonal cycle of a range of plant and animal species.  The study shows that the growing season has been lengthened by up to three weeks for a range of deciduous tree species being monitored at a number of locations throughout the country including Valentia Observatory.

Commenting on the work Dr Donnelly, TCD, said: “Because not all species are responding to the rise in temperature at the same rate there is potential for a mismatch in the timing of interdependent species to occur. For example, as insects are a primary food for some birds, therefore if the date of bird arrival and insect appearance are not synchronised problems may occur. If this continues to happen on a broader scale it could have serious implications for future ecosystem functioning.”

Dr Matthew Jebb, director of the National Botanic Gardens commented: “Ireland’s National Phenology Network, which includes Valentia and the National Botanic Gardens, provides important data that helps us understand the impacts of climate change on Ireland’s natural and managed ecosystem. This is part of a Europe wide network.  The development of the network and the related initiative of the Nature Watch Website is an excellent example of ‘citizen science’ in action.”

The Vulnerability to Climate Change in Ireland project led by Dr John Coll, NUIM focused on the identification of primary climate change vulnerabilities for Ireland based on a sensitivity analysis across key sectors.   The study identified a number of key socio-economic sectors, which are considered vulnerable to climate change.

The priority sectors for further investigation are biodiversity and fisheries; water resources and the built coastal environment; forestry and agriculture.

In an overarching study Professor John Sweeney, provided recommendations on how key sectors and vulnerable areas could increase their resilience to climate change through adaptation.  These include the water sector, coastal zones and housing.

Professor John Sweeney, NUI Maynooth, said: “Adaptation can take many forms, tourism may be a winner with an extended season into April and May and potentially October but most other areas have vulnerabilities.  Overall economic analyses provide a strong case for including adaptation to climate change in planning and investment decisions”.

For the study led by Dr Maria Falaleeva, University College Cork, the group worked with local authorities in Cork, Kerry and Dublin to assess the demands of coastal adaptation in Ireland and aimed to assist local authorities and coastal communities to progress adaptation measures.

In response to the need for practical capacity building at the local level, the CLAD Tool Kit was developed. This key deliverable from the project consists of a Practitioner Guideline document and accompanying software; Coastal Resilience website and Irish Coastal Resilience Network.

Dr Maria Falaleeva, UCC, stated: “This has been a valuable learning experience for the research team and capacity building experience for the local the authorities.  This helped in developing the tool kit. The outputs will provide coastal communities with a practical tool for climate adaptation planning.”

These reports are available here:

Current and Future Vulnerabilities to Climate Change in Ireland

Co-Ordination, Communication and Adaptation for Climate Change in Ireland: An Integrated Approach (CoCoAdapt)

Winners and Losers: Climate Change Impacts on Biodiversity in Ireland