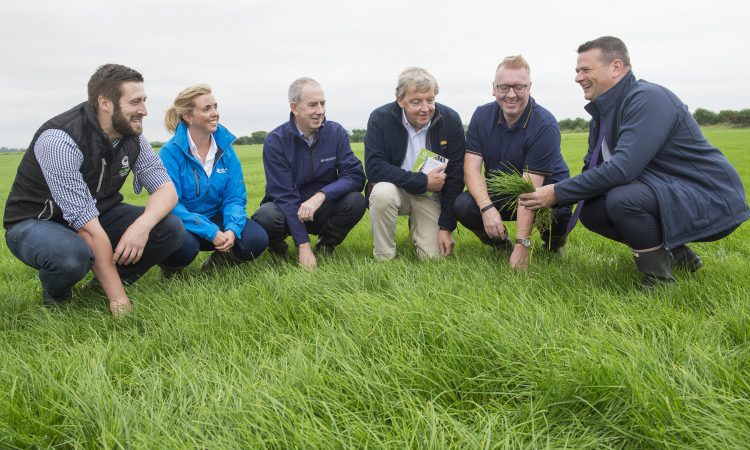 Attaining higher grass growth at the start and end of the grazing season should be high on every farmer’s priority list when reseeding, according to Dairygold technical manager, Liam Stack, who was speaking at the recent reseeding event, which was also supported by Goldcrop and Whelehan Crop Protection.

“Keeping cattle out for longer on the cheapest feed available is the best way to keep down costs,” said Liam.

Extending the grazing season by choosing the correct grass seed to suit your farm needs will improve your overall profitability.

Also speaking at the event, Michael Casey, of Monsanto/Bayer, spoke on the importance of spraying off the field before reseeding.

The demo field was sprayed with the full rate of 6L/ha of Round Up 360.

According to him, at a cost of €750/ha to reseed, Round Up costing €50/ha will give one the best long-term weed control at the correct rates.

Patrick Cashman from Goldcrop also highlighted the need of having the correct conditions for germination when reseeding.

He said having the soil indices correct is essential to give the new seeds the best possible start and to hit the ground running.

“There is a huge opportunity to reseed in the coming weeks due to the high growth rates being experienced after the recent rainfall and with residual heat in the soil.”

“The easiest time to eradicate perennial weeds such as the dock are within six months of reseeding before a root stock establishes,” said Chris. 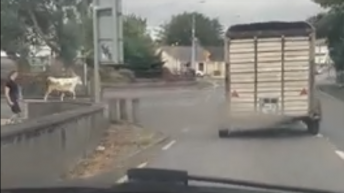