A significant group of mart managers, mostly located in the north-west region, have come together to form a new representative entity – called Mart Managers of Ireland.

As it stands a total of 22 managers – from marts in counties: Donegal; Sligo; Leitrim; Cavan; Roscommon; Galway; and Mayo – have joined the group, however a number of others from outside this catchment area are expected to sign up over the coming weeks.

Having recently established an official committee – currently chaired by Eimear McGuinness manager of Donegal Livestock Mart – the body’s aim is to “bring about change” as marts throughout the country continue to grapple with financial uncertainty and “the very real” threat of closure.

Although the majority of marts involved in the group are currently members of the Irish Co-operative Organisation Society (ICOS) or Associated Livestock Marts (ALM) or both, members of the group told AgriLand at a meeting this week in Sligo that they feel such organisations are “not fighting their corner”.

The chief issues that the group share – and which they intend to tackle as a unit – include: the escalating costs of mart insurance; the negative consequences of quality assurance rules; and concerns over existing and looming regulations from Department of Agriculture, Food and Marine.

Speaking to AgriLand, McGuinness explained why the mart managers, located west of the River Shannon, have decided to collaborate following a series of meetings over the last two months. 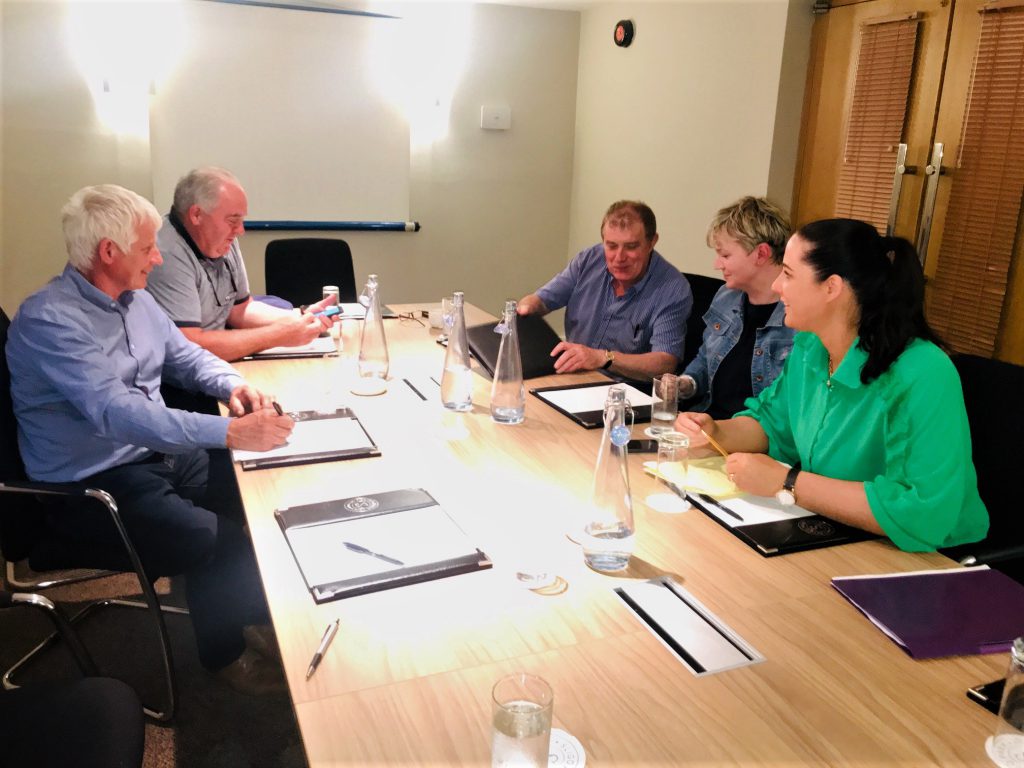 “As far as we are concerned there is no fight. We all go to ALM or ICOS meetings, sit around a table, talk about everything that’s happening, but there is no action – that’s not good enough.

“Marts are on a downward slope and they are going to close.

Every regulation that is coming in now seems to be against the mart and we’re all convinced that they want to do away with marts – that they want cattle going directly from farms to factories.

“We’ve also seen over the last five years the reduction in numbers – it has come slowly, but it’s going to get worse now.

“The numbers are reducing, so you have less commission; but also with the price of beef falling we would expect the value of cattle to be less this back end which will also result in less commission – so it’s a double blow.

“We all feel the same; at all our meetings everybody sees that. So our main aim is – what can we do in order to bring about change?” said McGuinness, who is also a member of the Donegal Marts Association which successfully represents the majority of marts in the county.

Speaking to AgriLand at The Park Hotel in Sligo, Gerry Connellan manager of Elfin Mart said: “We wouldn’t be here if we thought things were going in the right direction.

“ICOS don’t seem to be doing anything for us. We’ve had lots of issues with the department, there are big changes on TB regulations and there doesn’t seem to be anyone standing up for us to say ‘we are not going to accept this’.

Everything is against the mart, from the Government to Teagasc to the farming organisations – nobody is doing anything for us, that is why we are here.

“The issues taking cattle away from our rings are: the four movement rule; the 30-month age limit; and they stopped cattle going North – we had times when 30% of our cattle were crossing the border, that has been a massive loss.

“The losers out of all this have been farmers and the marts,” he said. Bríd Burke, Maam Cross Mart manager, said they are left with “no choice” but to mobilise.

We have no choice, we have to do something because it’s not just our livelihood – really we are talking about our farmers.

“Without them we can’t survive and neither will our pubs and shops in all our rural towns and villages – if you close a mart it will affect the whole town,” he said.

Gerry Loftus, former Mayo chairman of the Irish Natura Hill Farmers’ Association (INHFA), who has also been heavily involved in establishing the Mart Managers of Ireland, contends that the suckler and beef sectors are being sacrificed to maintain dairy expansion.

The reason nothing is happening, as far as I’m concerned, is we cannot be seen to be promoting the suckler sector because of the carbon budget that’s coming.

“If we start promoting the suckler, we will stop dairy expansion. The Government is selling out a multi-billion euro industry at a time when countries out there are crying out for protein – yet we won’t see one chuck of that market,” he said.

While McGuinness says the new entity is not attempting to replace ICOS or ALM, they are driving ahead with plans for national recruitment.

“There needs to be a mart managers’ group where we can come in and discuss issues and then we can escalate them head on – but you can only do that when you have information and numbers behind you.

“We want to get it out there; we all have the same issues. If you are going in representing 40 or 50 marts then the powers that be will talk to you – if you are going in yourself they won’t,” she said, adding that mart members may be asked to contribute a fee of up to €100 to get the group off the ground.

For those interested in getting involved they are urged to get in contact with Eimear McGuinness on: [email protected].

Beef trade: Another blow for finishers with factory-fit cattle